What's old is new—and awesome—again! Tune in to these re-imagined classics.

Loving Queen Latifah crushing the role of The Equalizer? We do too! Check out these must-see reboots that re-imagine classics while still paying homage to the originals.

The Equalizer airs Sundays at 8/7c on CBS. Stream anytime on Paramount+.

Queen Latifah reimagined The Equalizer's Robert McCall (1985) as Robyn McCall, a former CIA operative and single mom turned badass vigilante! She's a bonafide Robyn Hood who throws a lifeline to desperate folks at the end of their rope. Whether she's revving up her motorcycle, rapping along to Digital Underground, knocking out bad guys—or rocking out emerald green wrap dresses—Latifah is a Queen on the screen!

The Equalizer airs Sundays at 8/7c on CBS. Stream anytime on Paramount+.

Gretchen Mol as Mrs. Warren in the CBS All Access series The Twilight Zone.

Rod Serling's allegorical anthology ran on CBS from 1959 through 1964, and Oscar-winning writer-director Jordan Peele—the mastermind behind socially conscious horror flicks Get Out and Us—is the perfect heir to the Narrator's throne. Like Serling's sci-fi series, Peele's The Twilight Zone is chock-full of shocking twists and make-you-think moments, with occasional Easter eggs for longtime fans. Season 1's "Nightmare at 30,000 Feet" is a nod to the classic "Nightmare at 20,000 Feet" episode, while Season 2's "You Might Also Like" is essentially a sequel to the all-time great "To Serve Man" ("It's a cookbook!"). 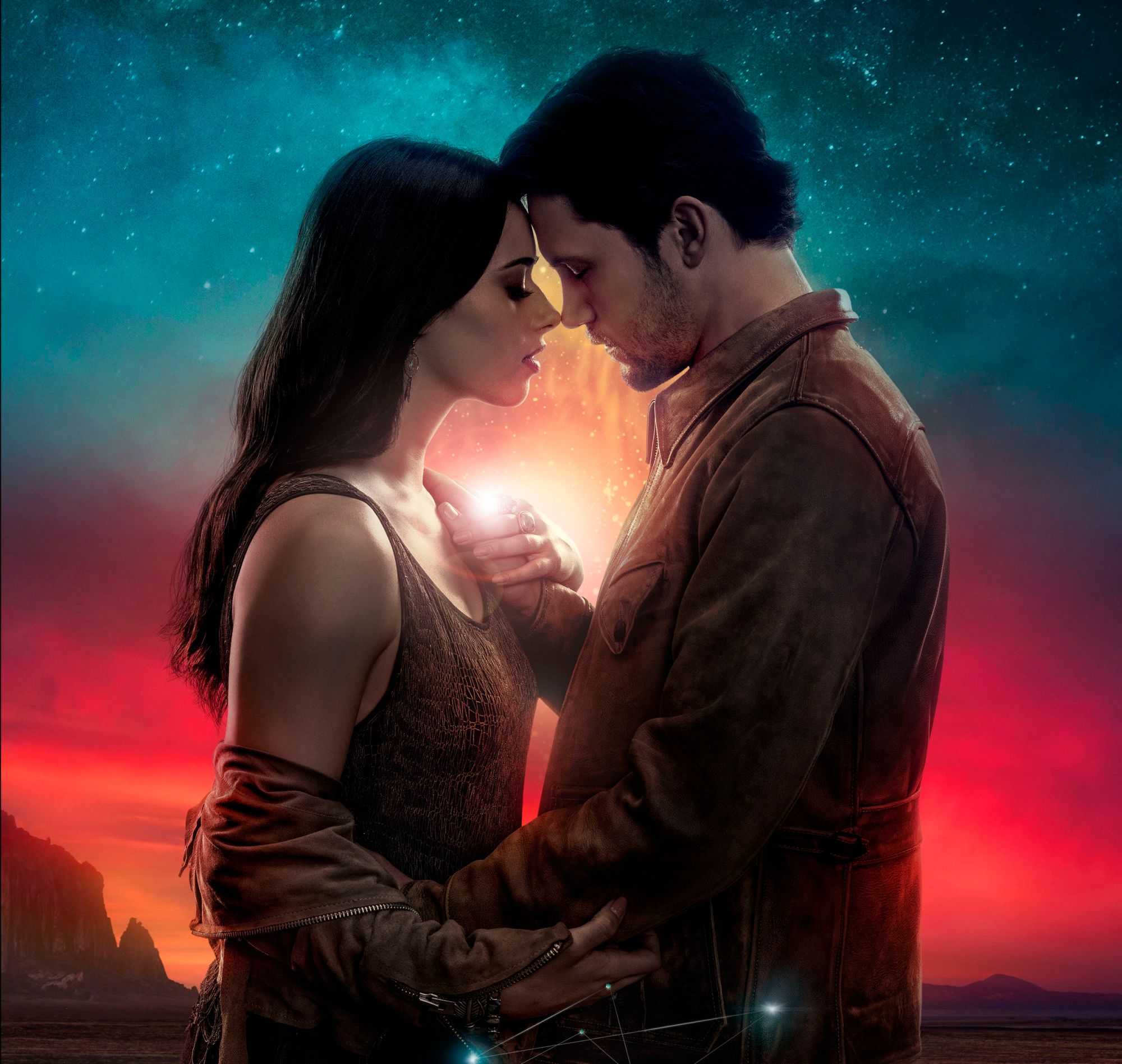 Stream Roswell, New Mexico free only on The CW.

Elaine Hendrix as Alexis on Dynasty.

Catfights and shoulder pads will always hold a special place in our heart, but Dynasty needed a millennial makeover—and The CW delivered! First, Cristal with a C (Nathalie Kelley)—not to be confused with Linda Evans' iconic Krystal with a K—is Latina. In fact, the cast as a whole is more diverse, including rebranding Sammy Jo (Rafael de La Fuente) as LGBTQ. New Fallon (Elizabeth Gillies) is a badass and more bent on her dad's business than his approval ("I'm Fallon Carrington. I run this town, I make the rules and I always win.") One thing remains: Alexis (Elaine Hendrix) will always be the villain you love to hate.

Stream Dynasty free only on The CW.

Lucas Till as Angus "Mac" MacGyver.

Old MacGyver got himself out of sticky situations using a paper clip, duct tape, and other everyday objects. New MacGyver (Lucas Till) is still a problem-solver but less of a lone wolf and more of a team player. Helping Angus out with his nearly impossible missions included CSI alum George Eads as Jack Dalton, and now Henry Ian Cusick from The 100 as Russ Taylor. (Thankfully) missing in action: MacGyver's mullet!

MacGyver airs Fridays at 8/7c on CBS. Stream anytime plus all seasons of MacGyver Classic on Paramount+.

Madeleine Mantock as Macy, Melonie Diaz as Mel, and Sarah Jeffery as Maggie on Charmed.

Everything you loved about the original Charmed is here: sisterhood, spells, the Book of Shadows, Whitelighters. But the CW reboot now features a Puerto Rican Power of Three with "M" names—Macy (Madeleine Mantock), Maggie (Sarah Jeffery), and Mel (Melonie Diaz). The bewitching trio will return for Season 3 in 2021.

Stream Charmed free only on The CW.

We bid aloha (goodbye) to Detective Steve McGarrett (Alex O'Loughlin) and the Hawaii Five-0 gang back in April. But for 10 seasons and 240 episodes, this modern take on the classic cop series kept us riveted with high-stakes drama, high-speed car chases, and hilarious banter between Steve and Danno (Scott Caan)—not to mention a breathtaking backdrop. So if you missed it the first time around, well, say aloha (hello) to your next binge.

Quiz: What Do CSI, NCIS, and FBI Stand For?