June is LGBTQ+ Pride Month, and we're toasting these trailblazers on CBS, The CW, SHOWTIME ANYTIME, and Paramount+.

If you can see it, you can be it. They're out and proud, and an inspiration simply by living their authentic selves every day! So in honor of Pride Month, Watch celebrates these talented individuals who continue to break new ground for the LGBTQ+ community on CBS, The CW, Showtime, and Paramount+.

Check out the May/June 2021 issue of Watch to read about even more LGBTQ+ TV trailblazers!

RENT fans know Anthony Rapp as the OG Mark Cohen in the quintessential queer musical, but to Trekkies he's Lt. Commander Paul Stamets on Discovery, one half of the first openly gay couple in franchise history. "I'm really excited and happy when a gay character is a part of a story—especially when a gay character is created in a complex and human and non-stereotypical, interesting way, and that has certainly been the case with Stamets," Rapp told Entertainment Weekly in 2017. "And you get to see his relationship ... we actually get to see me with my partner in conversation, in our living quarters, you get to see our relationship over time, treated as any other relationship would be treated."

Billions' Asia Kate Dillon plays fan favorite Taylor, the first non‑binary main character to appear on American TV. Dillon revealed to W Magazine: "I've heard from people from all over the world, of all different ages, who say, 'I'm nonbinary and I never knew that there was anyone else like me'; some say, 'I'm a parent of someone who's just come out as nonbinary and/or trans, and I now know what that means;' and I've even had people reach out to me and say, 'I'm a right-wing conservative who was homophobic and transphobic, but I love your character and it helped change my heart and my mind and create understanding within me.' I don't think any of us anticipated that Billions would be a teaching tool, but it's a silver lining that's been really, really cool."

Nicole Maines as Dreamer on Supergirl

The CW introduced TV's first transgender superhero, Dreamer, on Supergirl. For trans actor and activist Nicole Maines, progress means getting to play a villain. "I think it's that more and more trans characters [can] be less than perfect and be a–holes," Maines told Variety. "They're just people."

Dan Levy won an Emmy for playing pansexual David on the now-cult classic Schitt's Creek. Recalling son Dan's "coming out" on Watch What Happens Live, dad Eugene says: "I believe it was mom who just actually said, 'OK, are you gay?' "She did," recalled Dan Levy. "My mom asked me over for lunch one day and I said, 'Yes.' She almost knew. My mom and I have a very close relationship in that sense and it almost felt like she knew that I was ready." Eugene confesses that he and wife Deborah "knew for the longest time. We were waiting and then mom couldn't wait any longer."

Schitt's Creek streams on the Pop Now app, plus Netflix and CW Seed.

Oscar winner Linda Hunt—who plays fan favorite Hetty Lange on NCIS: Los Angeles—is largely private about her private life. But Hunt's wife, Karen, did make a cameo in her 2013 interview with CBS Sunday Morning. Together since 1987, Hunt married her "lady" in 2008; Karen says the first thing that caught her eye wasn't Linda's stature (she's 4 feet 9 inches tall), but her "corduroys." They live in a Los Angeles bungalow with their three canine kids.

"I literally blazed my own trail," says Wilson Cruz, who memorably played Ricky Vazquez on the gone-too-soon series My So-Called Life. "I had to knock my own doors down. I make no apologies for that ... You have to demand to be seen, no matter gay, straight, whatever. But you have to believe in yourself enough to demand to be seen." Cruz was the first openly gay actor to play an openly queer character in a leading role on network TV—and he's continuing to blaze trails as Dr. Hugh Culber on Discovery, one of the first openly gay characters in Star Trek history. 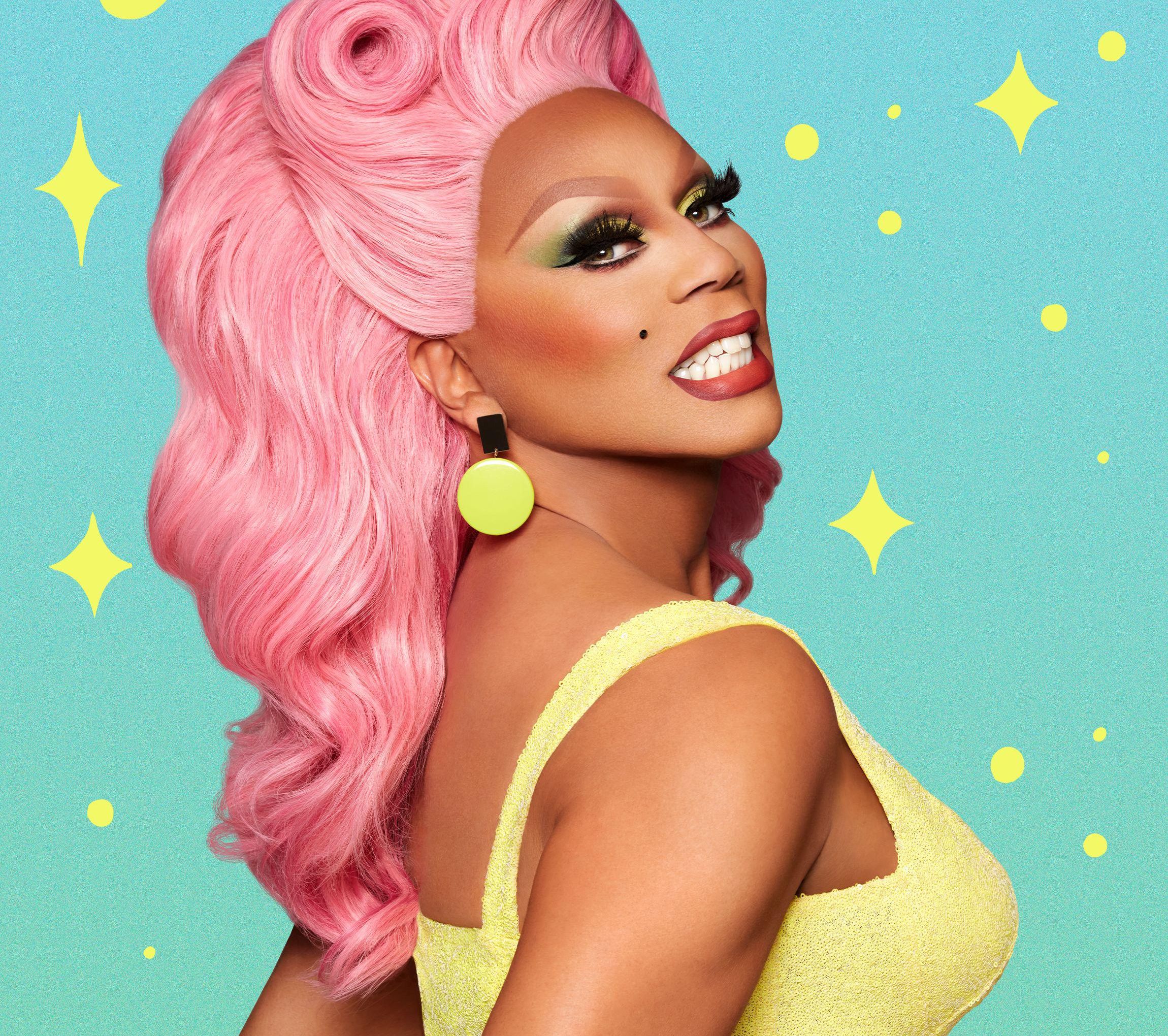 The world's most famous drag queen, RuPaul, made herstory with a fifth consecutive Emmy in 2020.

Ever since RuPaul's Drag Race first sashayed onto screens in 2009, the lip syncs have been legendary and the tea served piping hot! In 2020, RuPaul made herstory by winning a fifth consecutive Emmy for Outstanding Host for a Reality or Competition Program. "I've always said, every time I bat my false eyelashes, I'm making a political statement," he said in his acceptance speech. "Well tonight, the only political statement I wanna make is this ... love. Love for our LGBT brothers and sisters, love for our Black queens and Brown queens, and love for the United States of America, where a little gay boy with nothing more than a pussycat wig and a dream can build an international platform that celebrates sweet sensitive souls everywhere." 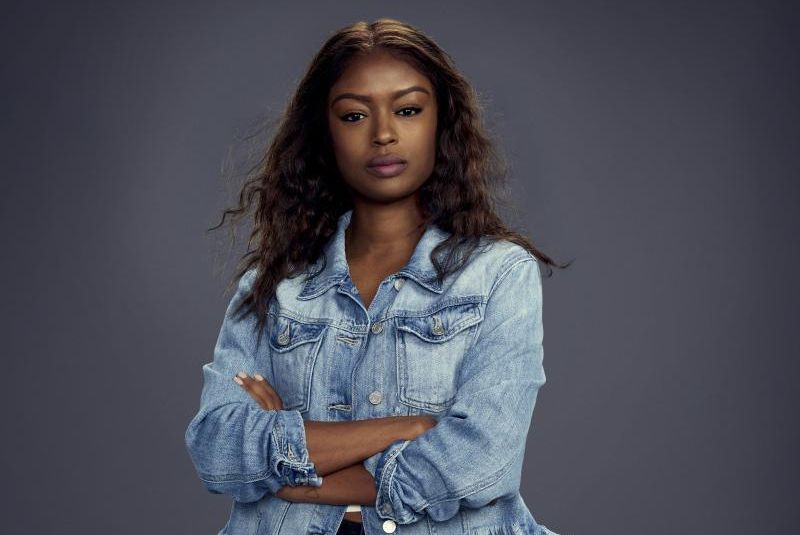 Batwoman's Javicia Leslie, who identifies as bisexual, took the reins of the lesbian crimefighter from Season 1 star Ruby Rose. Shortly after her casting announcement, she issued a press release saying how "extremely proud" she was to be the first Black actress to play the iconic role on TV, adding: "And as a bisexual woman, I am honored to join this groundbreaking show which has been such a trailblazer for the LGBTQ+ community." She even got her predecessor's seal of approval. "I am so glad Batwoman will be played by an amazing Black woman," Ruby Rose posted on Instagram. "I want to congratulate Javicia Leslie on taking over the bat cape. You are walking into an amazing cast and crew. I can't wait to watch Season 2; you are going to be amazing!!"

Batwoman airs Sundays at 8/7c on The CW. Stream next day free on The CW.

Star Trek: Discovery's Blu del Barrio—who uses pronouns they/them/theirs—plays Adira, the franchise's first non-binary character. And their real-life journey actually mirrored their on-screen personas. "I didn't want Adira to use 'they'/'them' pronouns until I was out," del Barrio told Forbes. So they waited until they felt "super comfortable" to come out to their Argentinian parents, family, friends, and castmates. "It was very challenging and difficult and stressful, and not the way that I expected to come out," del Barrio said. "But I think that it was special and very unique. And I had a lot of really good people around me," they added, referring to gay actors Rapp and Cruz, as well as trans actor Ian Alexander, who also debuted in Season 3 as a trans character.

Being bisexual was never something Riverdale's Lili Reinhart intentionally kept hidden. "My friends and family knew. My cast members knew," she told Nylon. "I didn't want to come out and talk about it because I felt that bisexuality was becoming a trend [among celebrities], but I've supported the LGBTQ community since I was a little tween, and it just felt organic." So in June 2020, Reinhart said "F— it. Now's the time. It's not something I'm ashamed of." So she posted on her Instagram story: "Although I've never announced it publicly before, I am a proud bisexual woman," the actress wrote about an LGBTQ protest for #BlackLivesMatter she was attending.

Riverdale returns Wednesday, August 11 at 8/7c on The CW. Stream the next day free only on The CW.

Behind the Music is Back! Listen to the Ultimate Playlist of Featured Artists