Bringing Swamp Thing To Life On The CW!

Teamwork makes the dream work when it comes to masterminding a monster.

There's something in the water...and it's coming to The CW!

On Oct. 6, the network adds Swamp Thing to its ever-expanding DC Universe (Black Lightning, The Flash, Supergirl, DC's Stargirl, Batwoman, DC's Legends of Tomorrow). But it's unlike anything you've seen before, thanks to its darker horror bent—courtesy of executive producer James Wan, the guy who scared the hell out of us with Saw, Insidious, and The Conjuring.

What really makes the plant-based green monster stand out is how realistic he looks! Read on to find out how the talented team at Fractured FX relied less on CGI and more on practical effects to bring Swamp Thing to life.

Swamp Thing premieres Tuesday, Oct. 6 at 8/7c. Stream the next day free on The CW and The CW App. 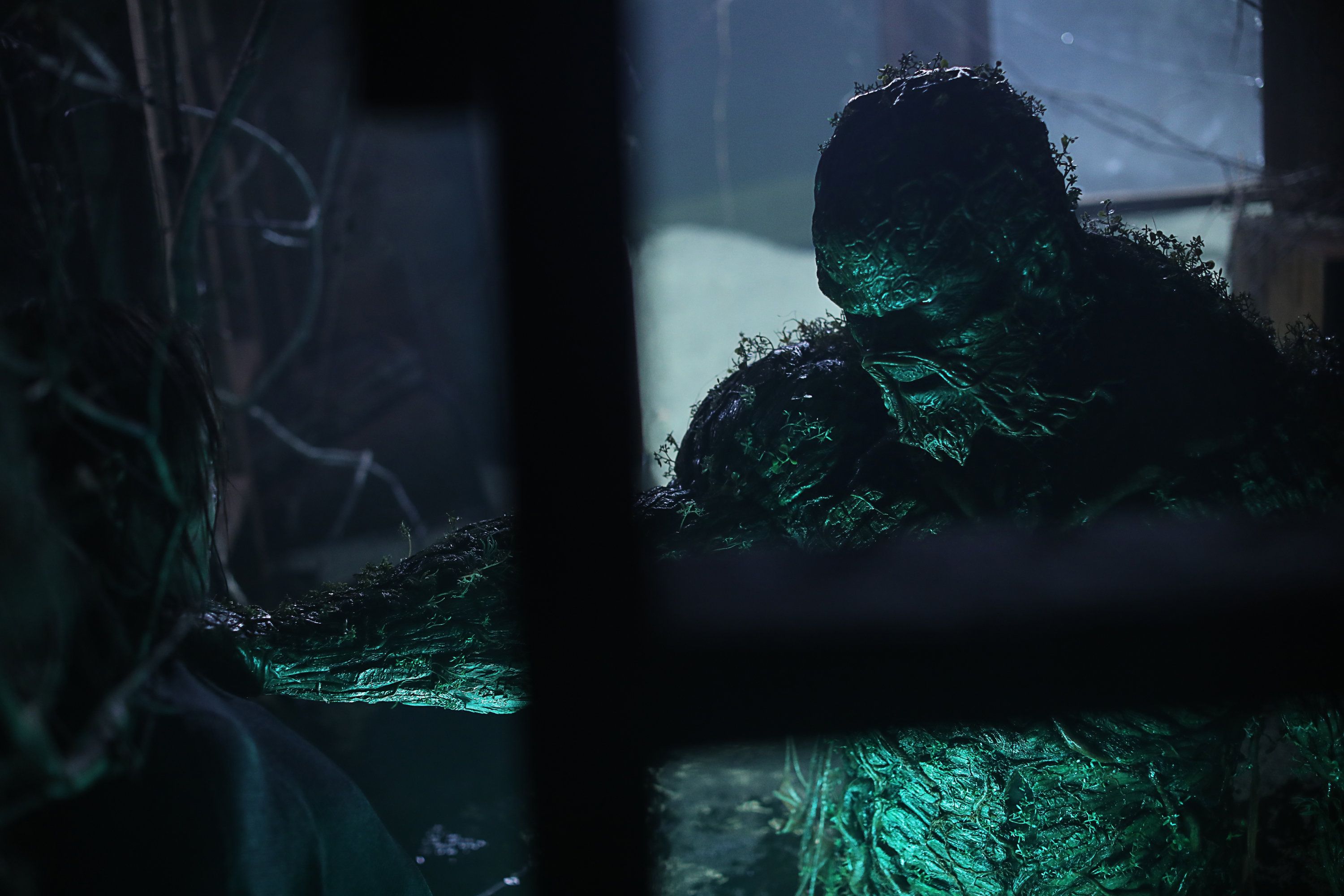 In this Southern Gothic series set in swampy Marais, Louisiana, CDC investigator Dr. Abby Arcane (Crystal Reed) returns to her hometown when a mysterious illness strikes. She meets biologist Alec Holland (Andy Bean), who believes the bizarre goings-on might be connected to his scientific work in the swamp for powerful businessman Avery Sunderland (Will Patton).

James Wan wanted a living, breathing organism for his vision of Swamp Thing—and the folks at Fractured FX delivered! CEO Justin Raleigh's directive to his team was to "think of this character almost like a potted plant," he told Stan Winston School of Character Arts. "If you ripped it out of the pot, roots bound together, you would see these layers of dirt and small tendrils, little tributary roots and vines that are growing through it."

And because Raleigh collaborated with Wan on the blockbuster film Aquaman, he understood the challenges of creating a waterproof suit. In all, the team created six "hero" suits for Mears and his stunt double to slip into throughout the 10-episode series.

Watch this incredible behind-the-scenes video (above) to see it all come together!

The Man in the Monster Suit 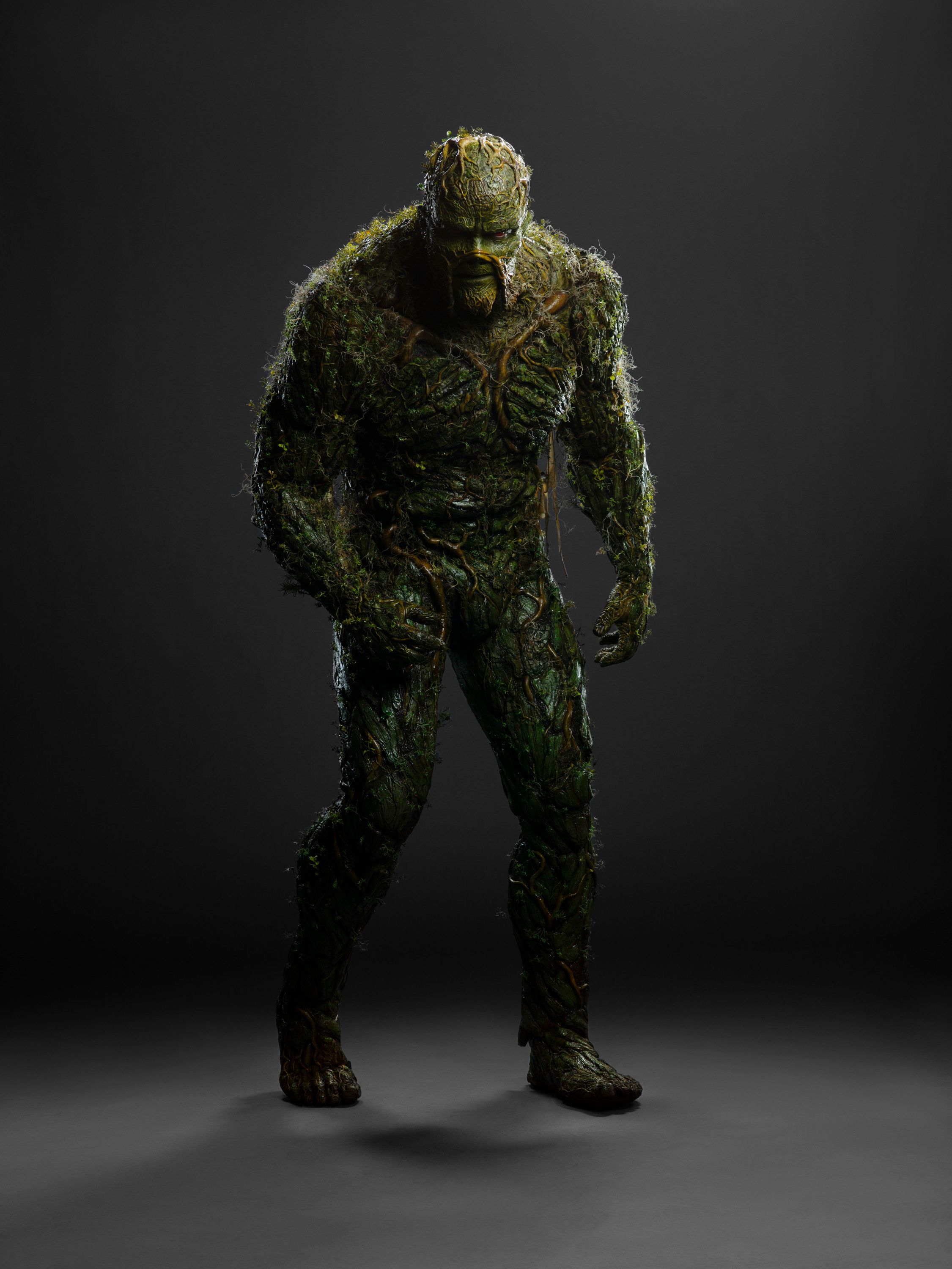 Derek Mears is no stranger to creature features—he played famed Friday the 13th villain Jason Voorhees in the 2009 reboot. But Mears referred to his Swamp Thing get-up as "the Cadillac of suits," in an interview with CinemaBlend. It's the most wearable, most functional suit he's ever tried on.

And because the prep was so intense leading up to the shoot, on-set application was a breeze compared to most projects: less than two hours to slip into both suit and prosthetics, and 40 minutes to remove them at the end of the day.

Swamp Thing premieres Tuesday, Oct. 6 at 8/7c. Stream the next day free on The CW and The CW App.

From Your Site Articles
Related Articles Around the Web
swamp thing