The Young and the Restless' Melody Thomas Scott (Nikki) and Eric Braeden (Victor) then and now.

A toast to 11 soap legends who have been gracing our screens for the past 30-plus years.

For years both The Young and the Restless and The Bold and the Beautiful have captivated Daytime fans with twists, turns, hookups, breakups, and makeups. But a big reason dedicated, decades-long fans are still glued to their screens is the characters they've come to love—and love to hate. These 11 legends have become synonymous with their soap counterparts.

Watch The Young and the Restless and The Bold and the Beautiful Weekdays on CBS and CBS All Access! 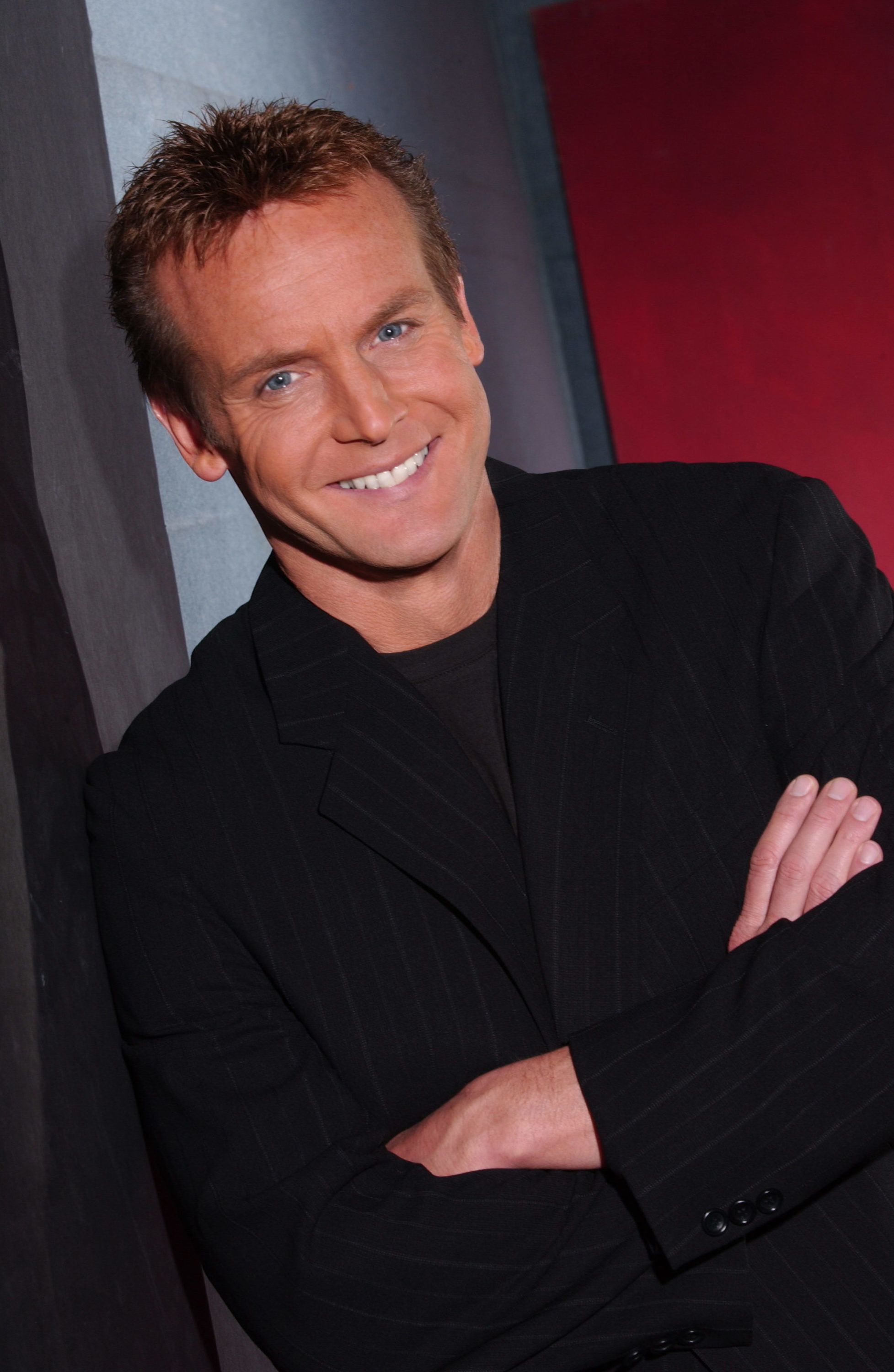 Doug Davidson as Paul Williams on The Young and the Restless.

The award for longest-tenured cast member goes to Doug Davidson, who's been playing Paul Williams for 42 years! Originally brought to Genoa City as a bad boy, Paul has transformed into quite the heroic fan favorite over the past four decades. His leading ladies have included just about everyone on this list: Melody Thomas Scott (Nikki), Tracey Bregman (Lauren), and Lauralee Bell (Christine). Y&R recently revisited Paul's scandalous centerfold storyline during OMG Week, but it was his intense storyline with son Ricky—whom he ended up shooting—that earned Davidson a Daytime Emmy. 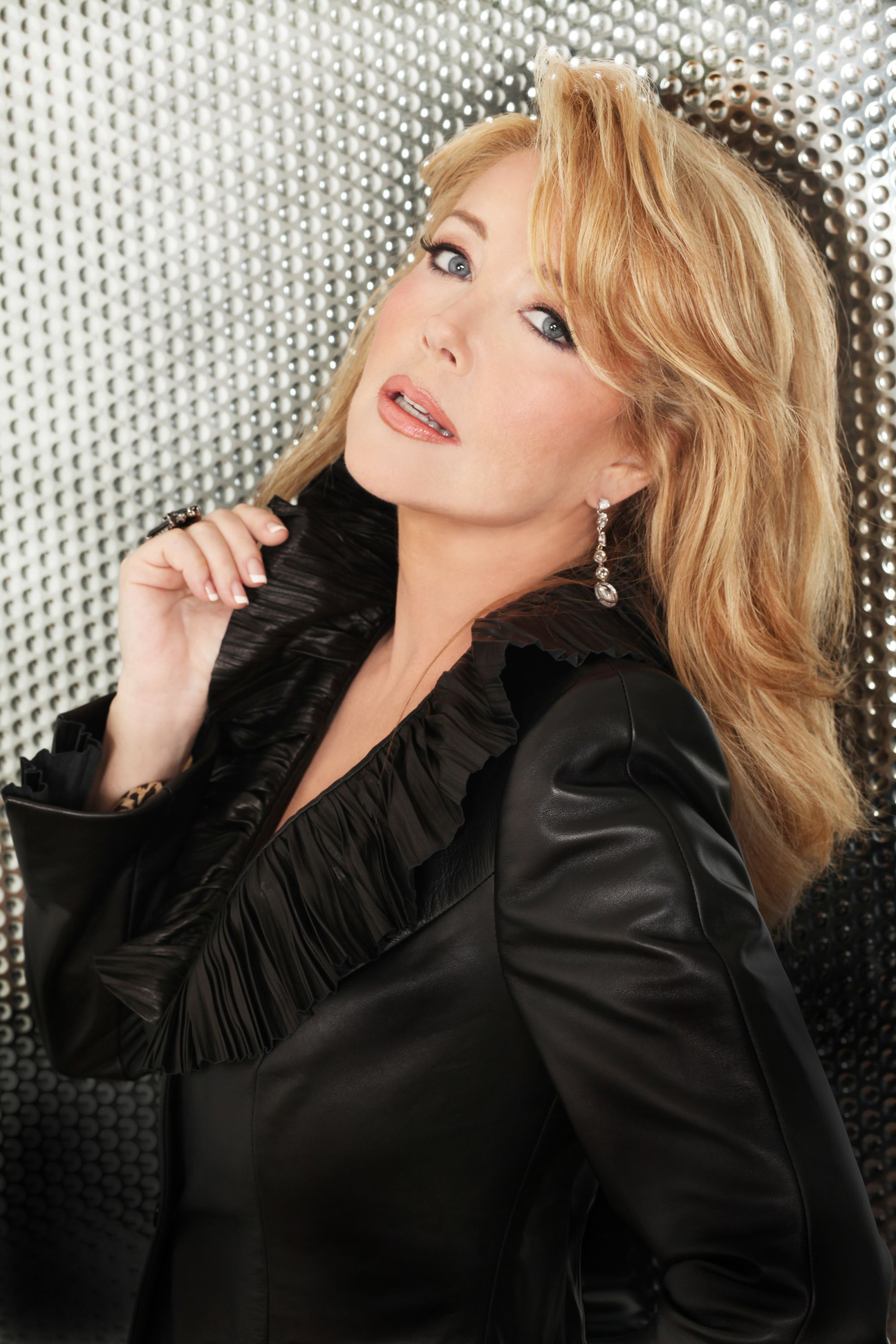 Melody Thomas Scott as Nikki on The Young and the Restless.

Nikki Newman (Melody Thomas Scott) has come a long way since her stripper days at The Bayou! As Y&R's official site puts it, "Scott's character has matured from the girl from the wrong side of the tracks to the serial's luminous and resourceful leading lady." Although Nikki has been linked with Paul (Doug Davidson), Jack (Peter Bergman), and Brad (Don Diamont), it's her decades-spanning romance with business mogul Victor (Eric Braeden) that's elevated the Newmans to super-couple status (their 1984 wedding was swoon-worthy).

In addition to her deliciously entertaining feuds with Ashley (Eileen Davidson) and Sharon (Sharon Case), one of Nikki's most memorable storylines is her battle with alcoholism. 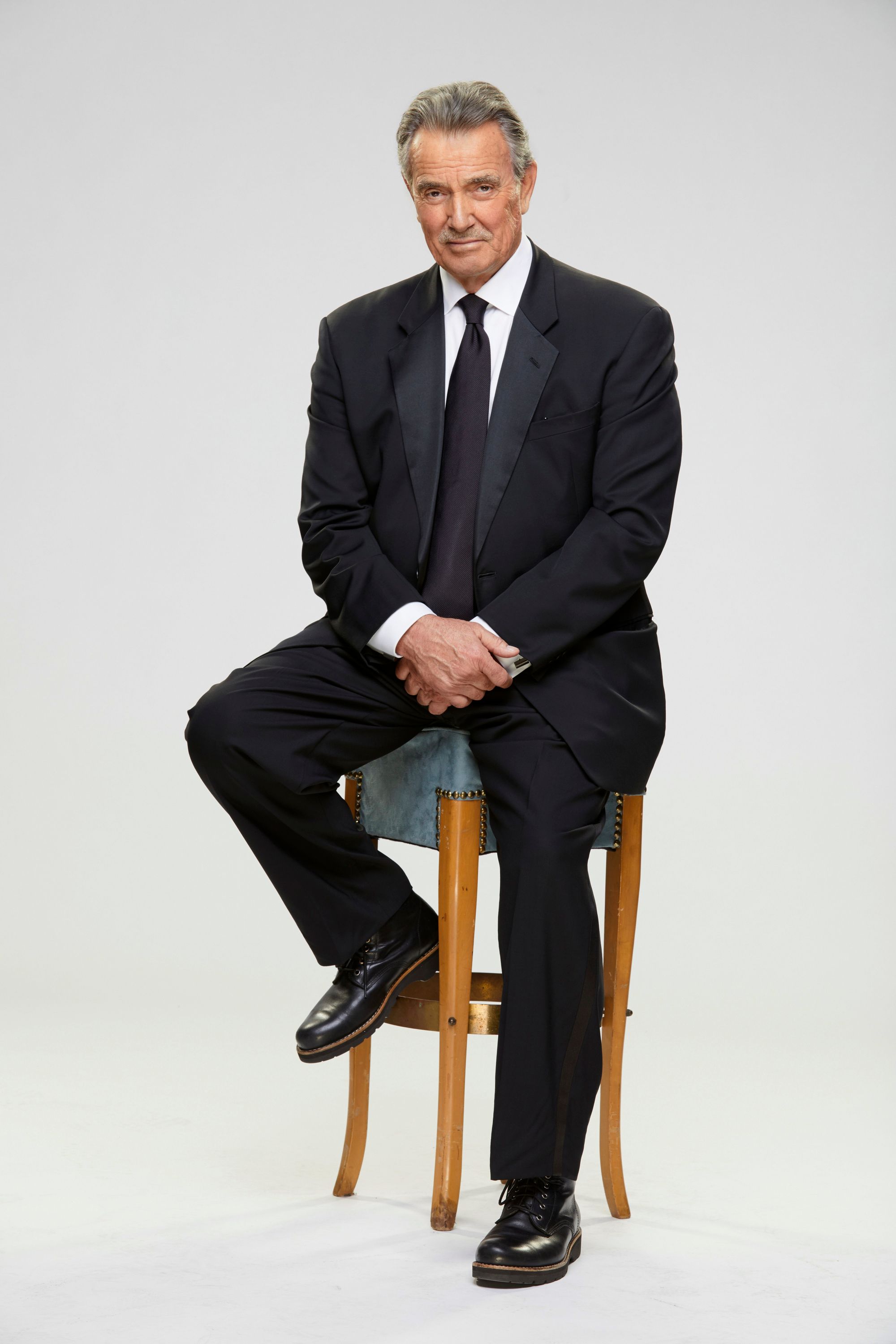 Eric Braeden as Victor Newman on The Young and the Restless.

Tough and ruthless yet vulnerable, the great Victor Newman (Eric Braeden) is one of Daytime's most complicated leading men. It's hard to believe Eric Braeden nearly quit Y&R a year in until creator Bill Bell gave him a backstory he could really sink his teeth into. (Apparently poor Victor was abandoned at an orphanage at age 7.)

Talk about resilient: Victor has been poisoned, shot, and knifed; survived a heart attack and a stroke; "died" four times; and married more than a dozen times! But his one true love remains Nikki (Melody Thomas Scott). Who could forget their meet-cute at Newman Ranch? 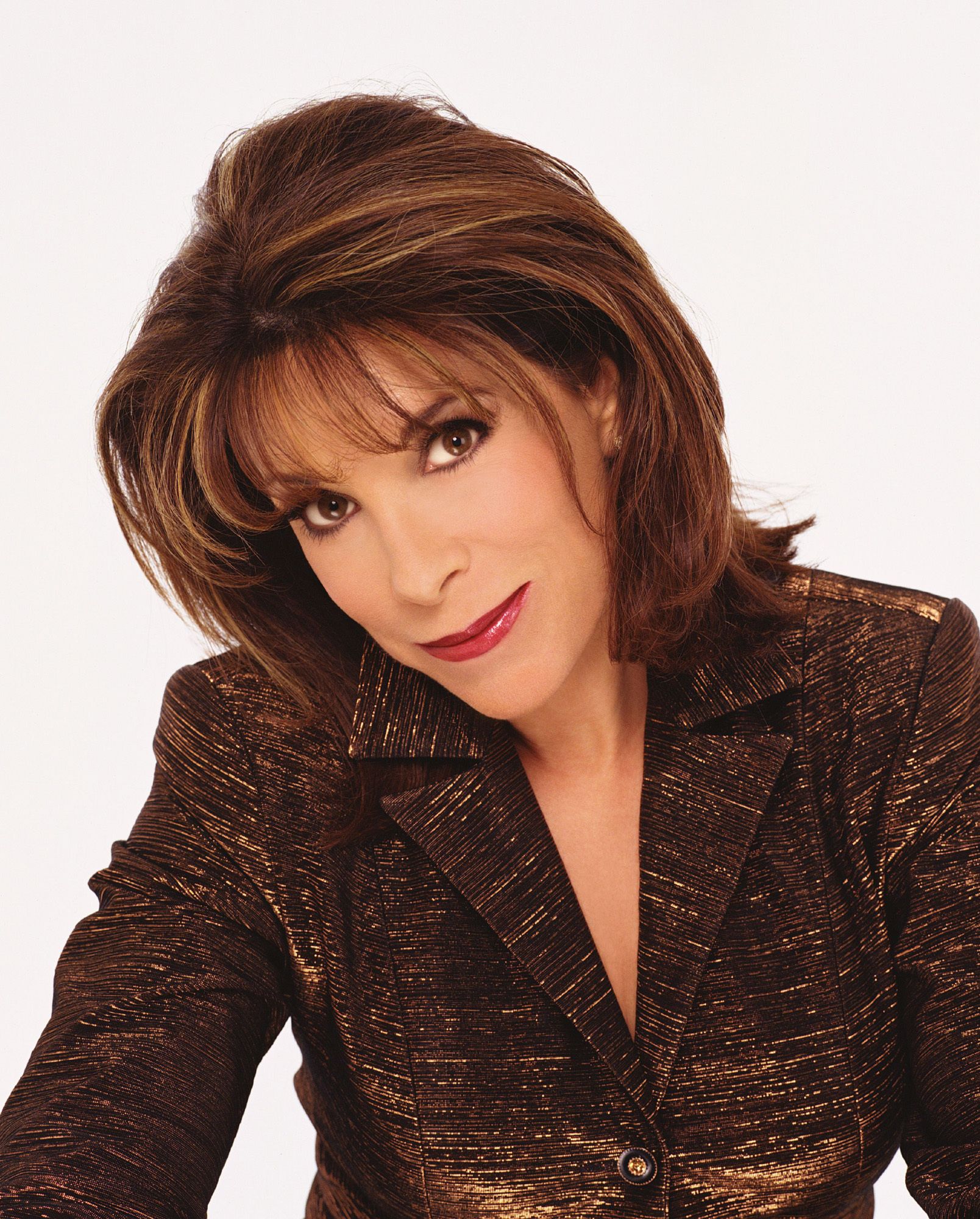 Kate Linder stars as Esther Valentine in The Young and the Restless.

Esther Valentine on Y&R since 1982

Fan favorite Esther Valentine (Kate Linder) is best known for being Katherine Chancellor's (Jeanne Cooper) long-suffering yet loyal maid. During her 38-year stint, Esther has been kidnapped twice, survived a pair of disastrous marriages, and helped Katherine recover from a stroke and alcoholism. 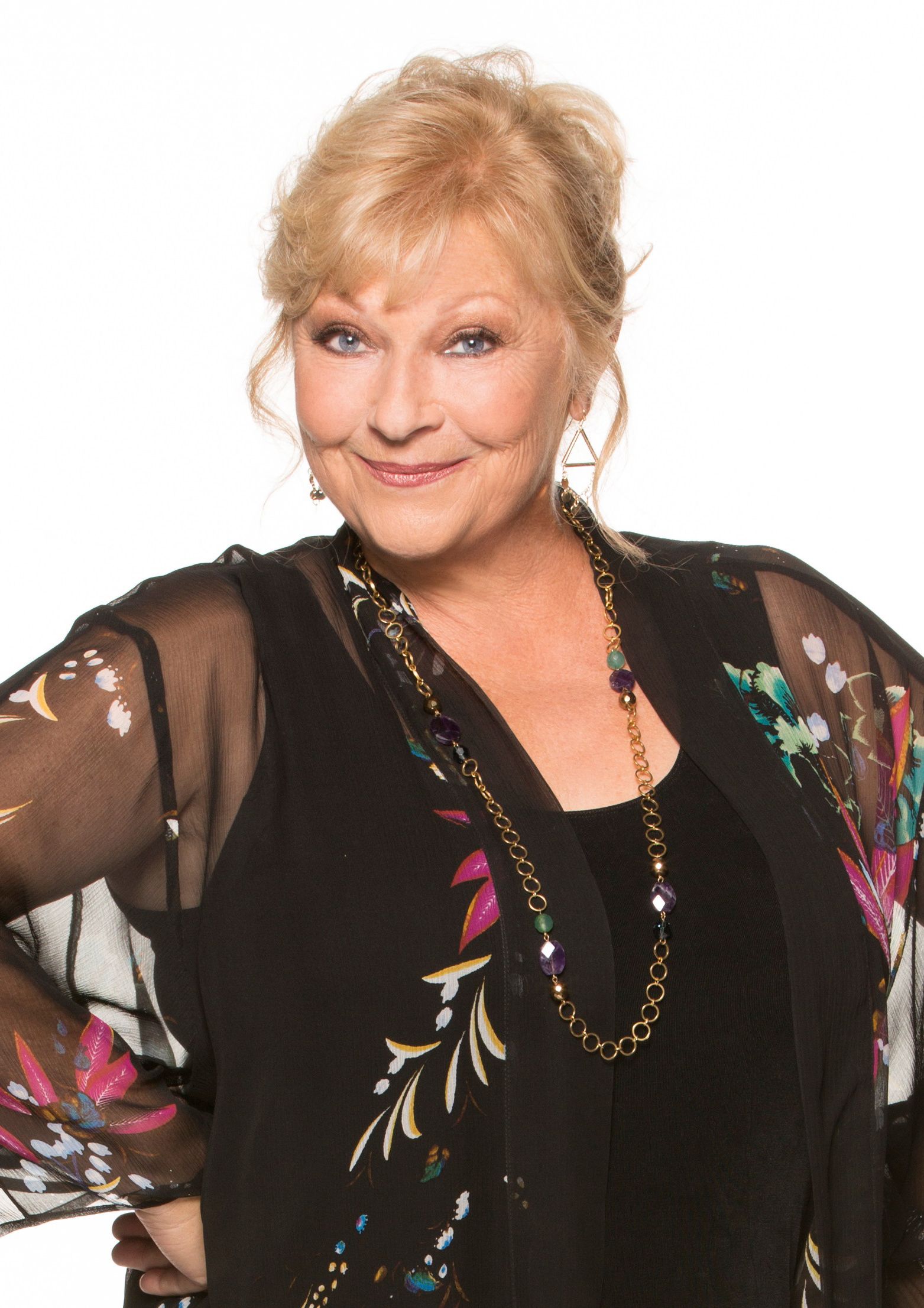 Beth Maitland of The Young and the Restless.

To her longtime portrayer Beth Maitland, Traci Abbott is "the one character that seems to resonate with viewers as how they see themselves—the one they relate to, the cheerful woman next door, the auntie everyone goes to with their problems, the one who keeps the family together and who they can count on.

The one who isn't perfect, but who tries each day to find the joy." Her favorite storyline for Traci was the loss of her daughter, Colleen. "It was not the easiest, but it was some of my best work, in bringing humanity to the greatest tragedy a parent can face … losing their child and learning to go on after the unthinkable. Even now, fans and viewers mention how they were moved." 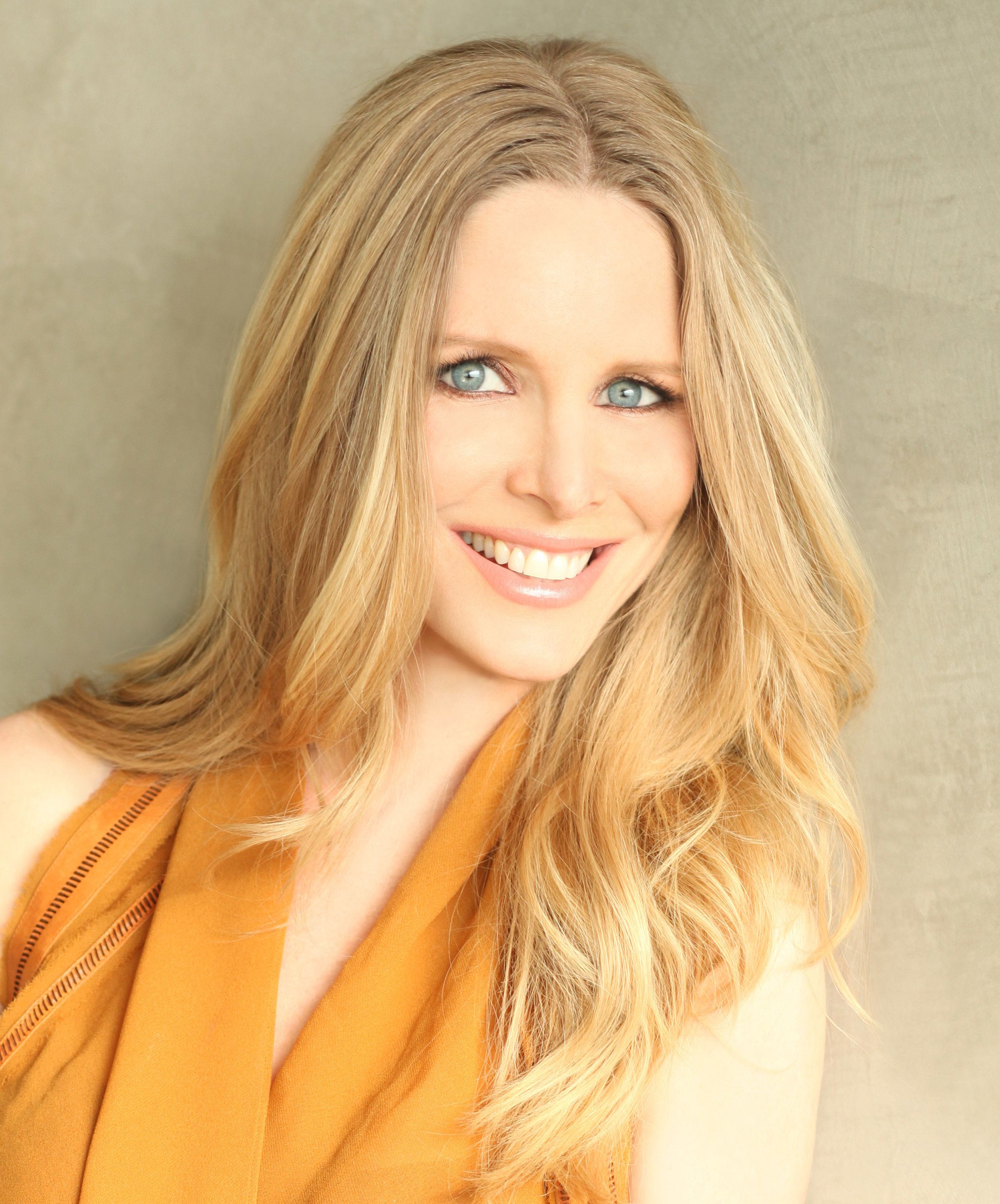 Lauralee Bell as Christine Williams on The Young and the Restless.

Christine Blair Williams on Y&R since 1983 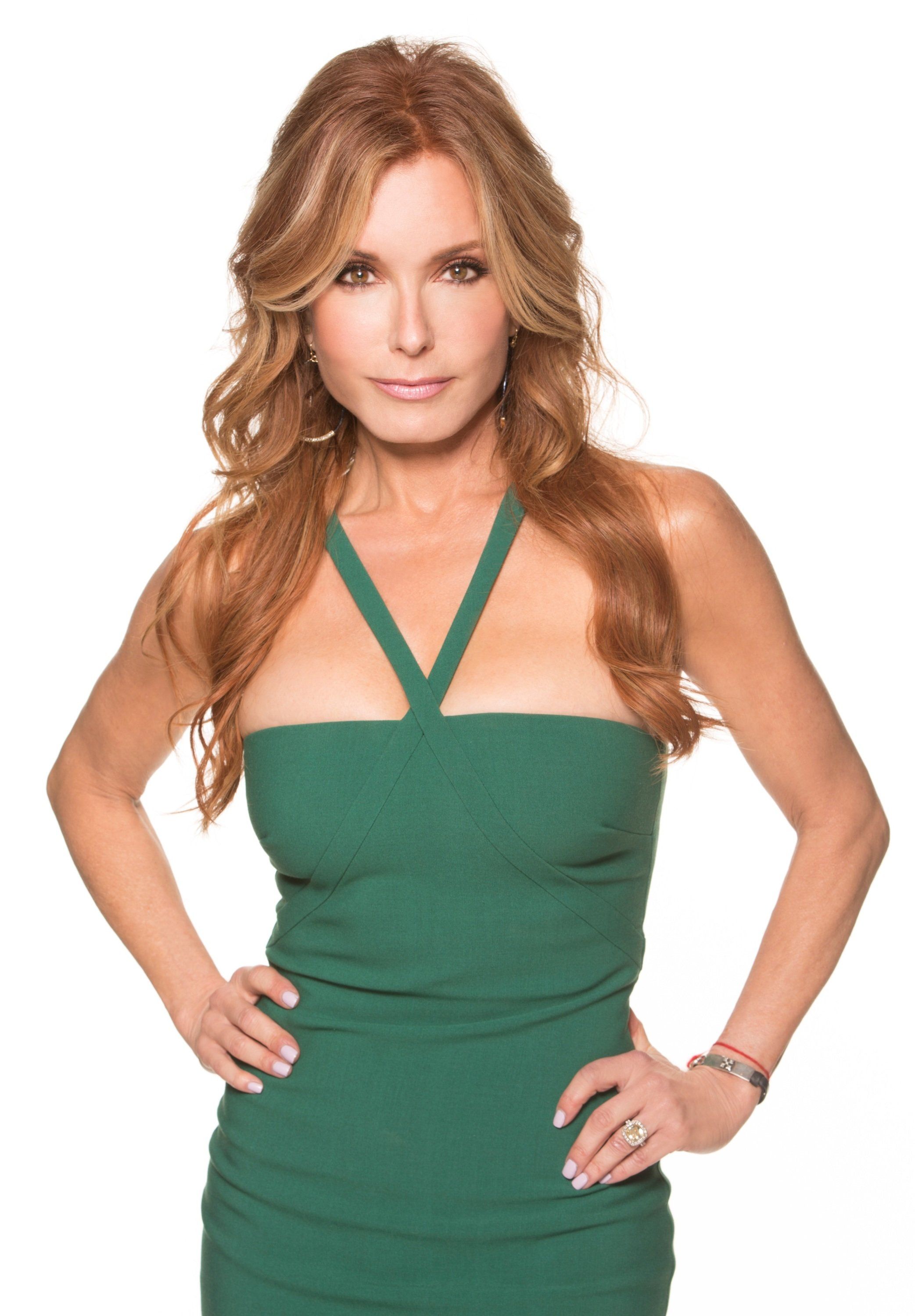 Tracey Bregman as Lauren Fenmore Baldwin on The Young and the Restless.

"I always say a year where I'm not duct-taped or tied to something is not a good year," quips Tracey E. Bregman, who's developed quite a sense of humor over Lauren's twisted storylines. In an interview with Watch magazine, she fondly remembers her catfights with psycho Sheila (Kimberlin Brown): "She tried to drown me, there was a fire poker once…" During the '80s, she and on-screen paramour Michael Damian (Michael Romalotti) rocked dueling big hair. Then there was the time Brad (Don Diamont) had a heart attack while in the sack with Lauren. Her two loves: Paul (Doug Davidson) and now Michael (Christian Jules LeBlanc). The character is so popular she's even crossed over to B&B! 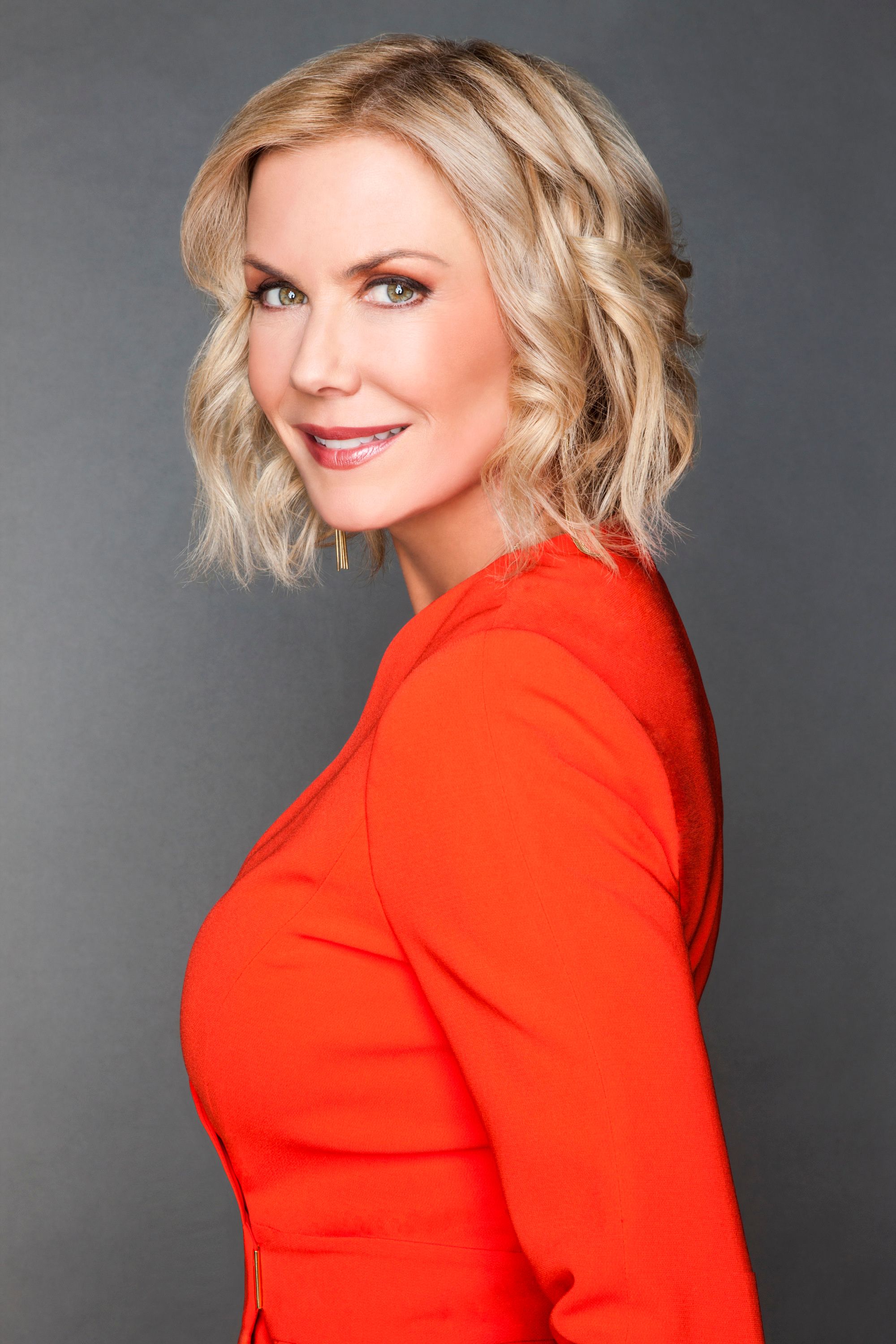 Katherine Kelly Lang as Brooke Logan on The Bold and the Beautiful.

When Brooke (Katherine Kelly Lang) and Ridge (now played by Thorsten Kaye) locked eyes at a party her mother was catering, she just knew she'd be part of the Forresters' lives somehow. Who woulda thunk that Brooke (and Lang) would be a part of our lives for 33 years—and counting! And while Ridge is arguably her soulmate—they have been down the aisle 11 times—Brooke's path to true love has taken quite a few turns. She hooked up with Ridge's father, Eric (John McCook); his half brothers, Thorne and Nick Marone; her son-in-law, Deacon; and her brother-in-law, Bill (Don Diamont)!

Just as juicy have been her feuds with Taylor (Hunter Tylo) and Stephanie (Susan Flannery). But when Brooke and a cancer-stricken Stephanie buried the hatchet—she died in Brooke's arms!—out came the waterworks. We can't wait to see what Brooke is up to next. 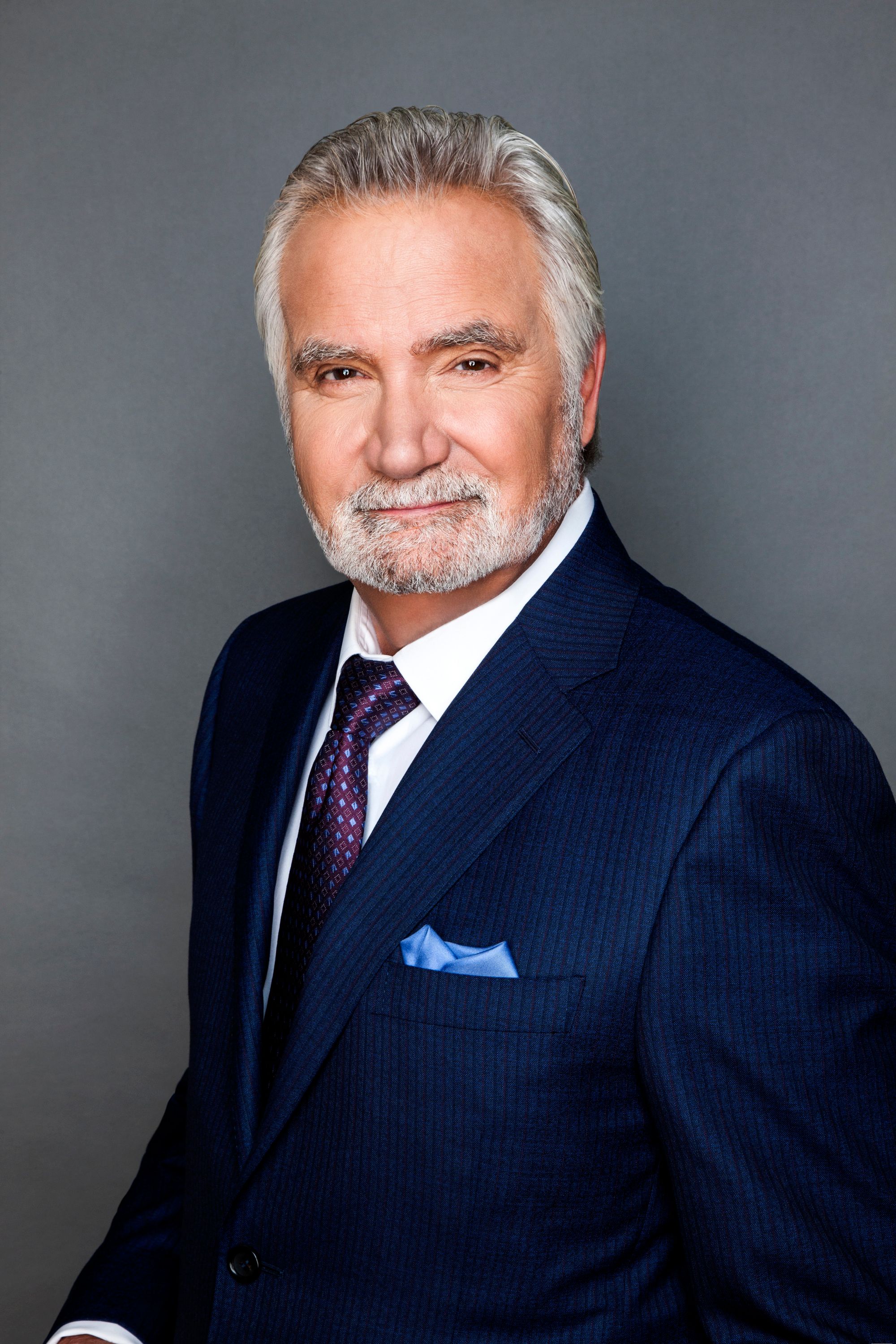 John McCook as Eric Forrester on The Bold and the Beautiful.

Aside from Katherine Kelly Lang (Brooke), John McCook is the only other cast member who's been on B&B since Day 1! And just like KKL's star-crossed leading lady, the Forrester patriarch and fashion designer has had a complicated love life. He's currently hitched to Quinn (Rena Sofer), but past wives include Brooke, Forrester Creations co-founder Stephanie (Susan Flannery), and supervillain Sheila (Kimberlin Brown).

And while learning that Ridge (now Thorsten Kaye) wasn't his biological son had to have hurt, surely Stephanie kneeing Eric in the groin was equally painful (after she learned that he kept her sole trust in Forrester Creations a secret for more than 40 years). 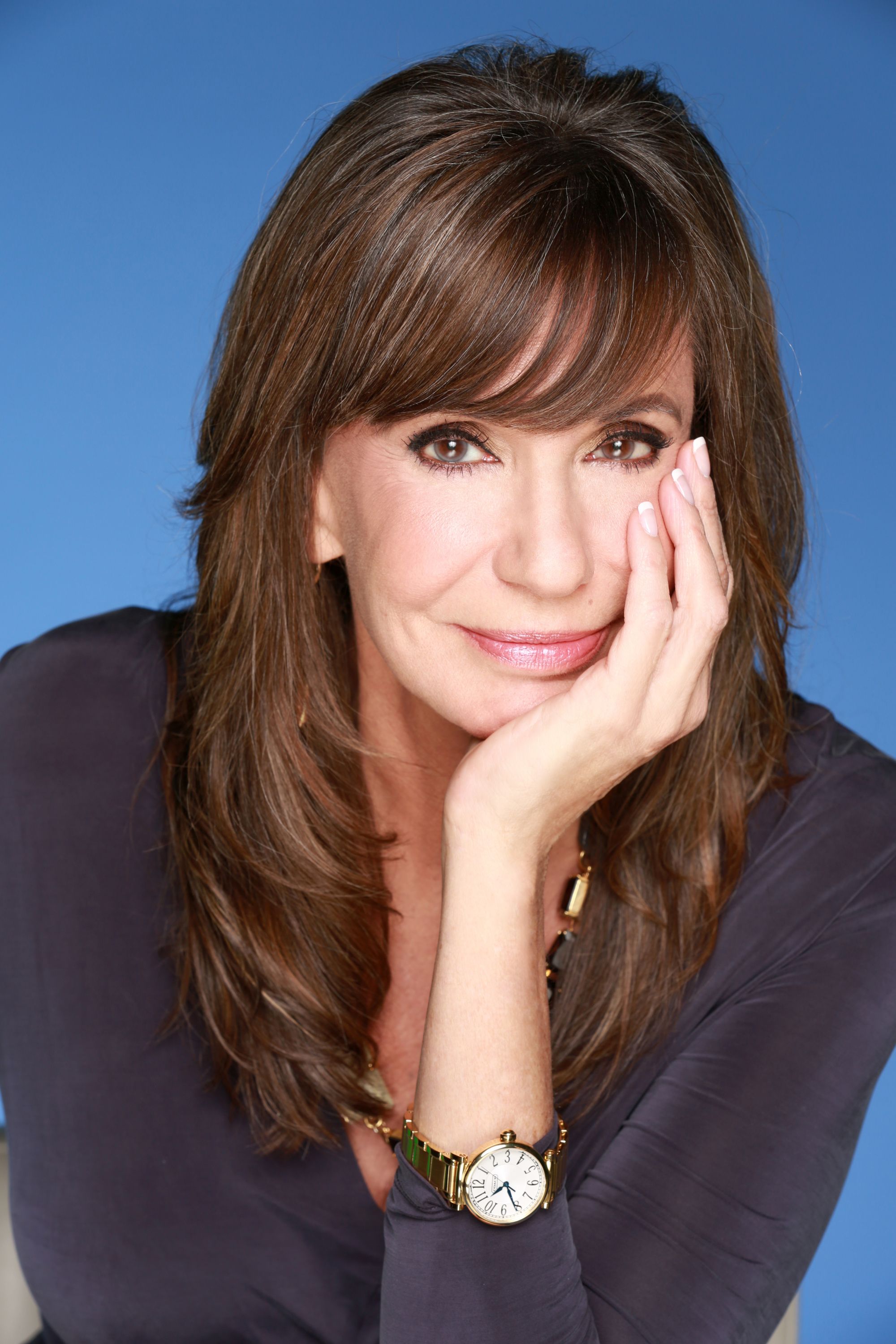 Jess Walton as Jill Abbott on The Young and the Restless.

Jess Walton has won two Daytime Emmys (so far) for her portrayal of Jill—the only character to have been on Y&R since the beginning. (Brenda Dickson and Deborah Adair played the character before Walton joined the cast.) Jill is probably best known for her love-hate relationship with Katherine Chancellor (Jeanne Cooper), which has gifted us with some of the soap's best catfights—not to mention a cake fight! 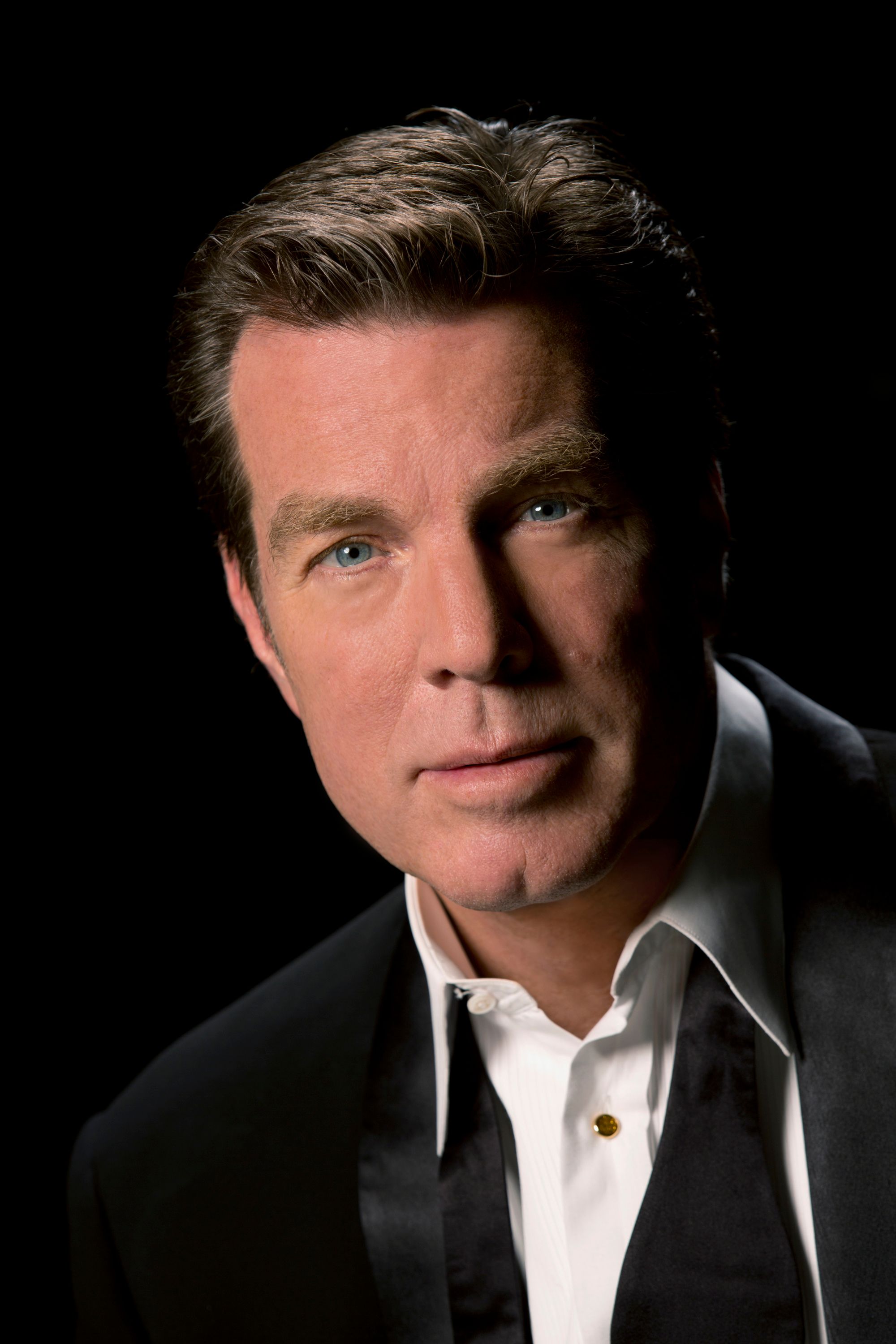 Peter Bergman stars as Jack Abbott in The Young and the Restless.

Peter Bergman as Jack has fireworks with just about every on-screen partner, including fellow longtime vets Jess Walton (Jill), Eric Braeden (Victor), and Michelle Stafford (Phyllis). We also loved watching him with his tight-knit fictional family: the late great Jerry Douglas (as dad John) and two-time Emmy winner Eileen Davidson (as sister Ashley). The suave and successful businessman's simmering feud with Victor has been a cornerstone of the series—Jack nearly left Victor for dead once, literally kicking the guy while he was down!

Watch The Young and the Restless and The Bold and the Beautiful Weekdays on CBS and CBS All Access!