Thomas Middleditch as Drew and Annaleigh Ashford as Gina in B Positive.

Celebrate the gift of laughter by streaming these must-see comedy installments.

Congratulations, Watchers: We survived 2020! And because we made it through a year that rivals Stephen King's The Stand, we could all use a good laugh. We're talking the gut-busting, rolling-on-the-floor, so-hilarious-it-hurts kind of ha-has.

Luckily, CBS All Access features some of the funniest episodes ever—just in time for Global Belly Laugh Day on Jan. 24!

The Unicorn —"Three Men Out" 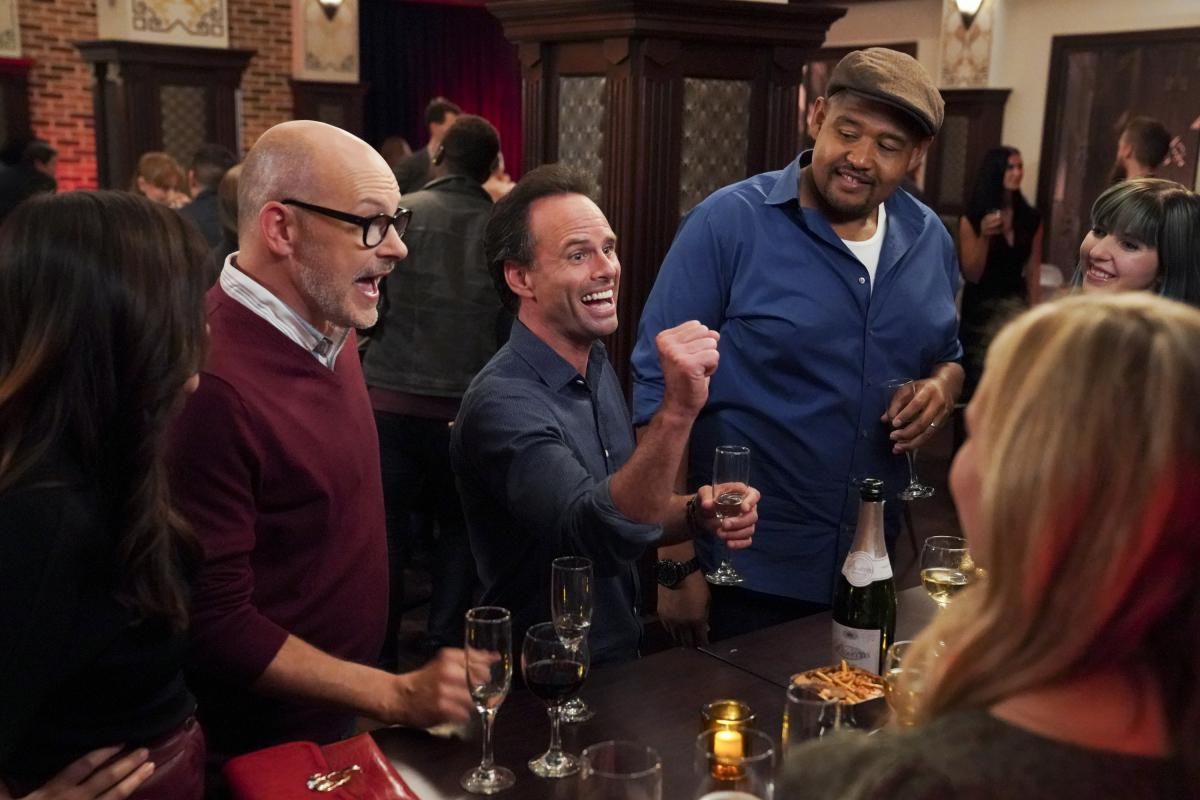 Rob Corddry as Forrest, Walton Goggins as Wade, Omar Miller as Ben in The Unicorn.

When Wade (Walton Goggins) ditches the dating app to meet women the old-fashioned way (at a bar), Forrest (Rob Corddry) and Ben (Omar Miller) tag along. This standout episode from Season 1 of The Unicorn mines many, many laughs out of the middle-aged "wing men" trying to relive their heyday.

WATCH: Stream "Three Men Out" On CBS All Access

The Unicorn airs Thursdays at 9:30/8:30c on CBS and streams on CBS All Access. 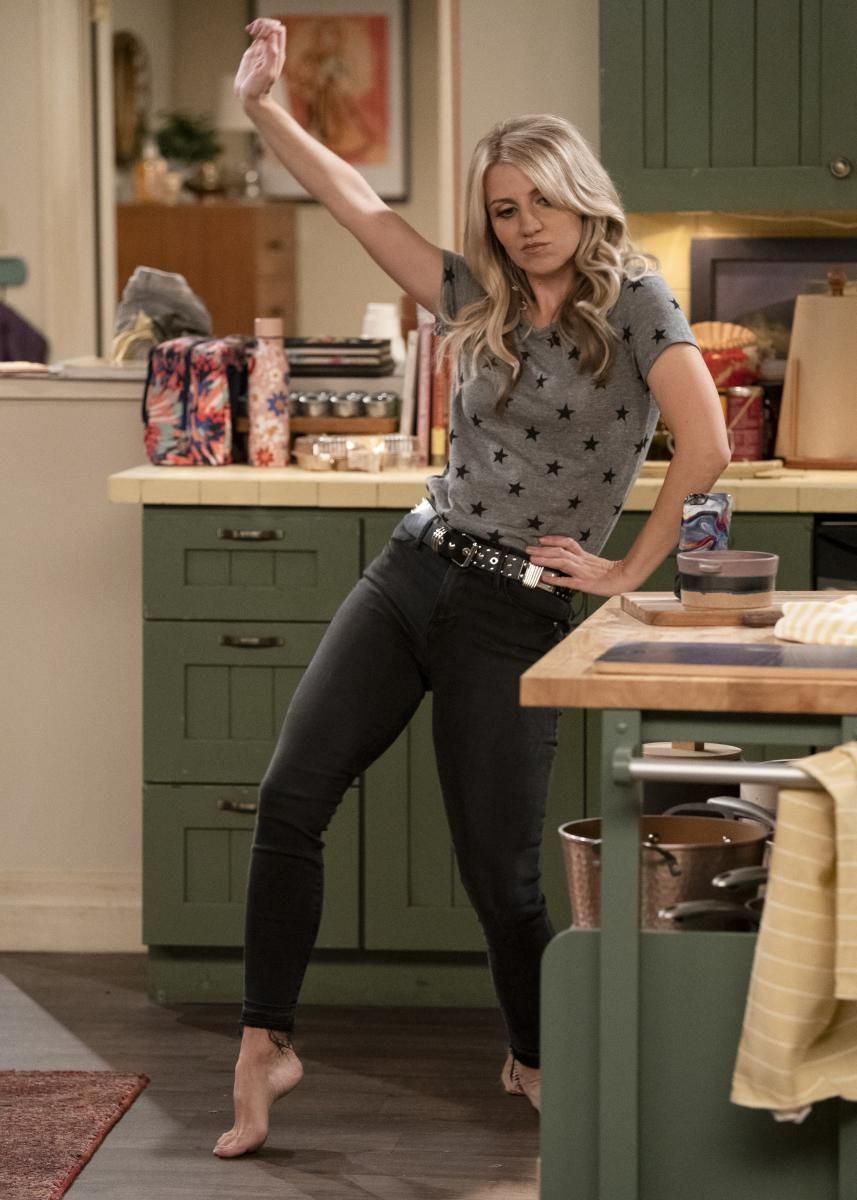 Annaleigh Ashford as Gina in B Positive.

B Positive airs Thursdays 8:30/7:30c on CBS and streams on CBS All Access. 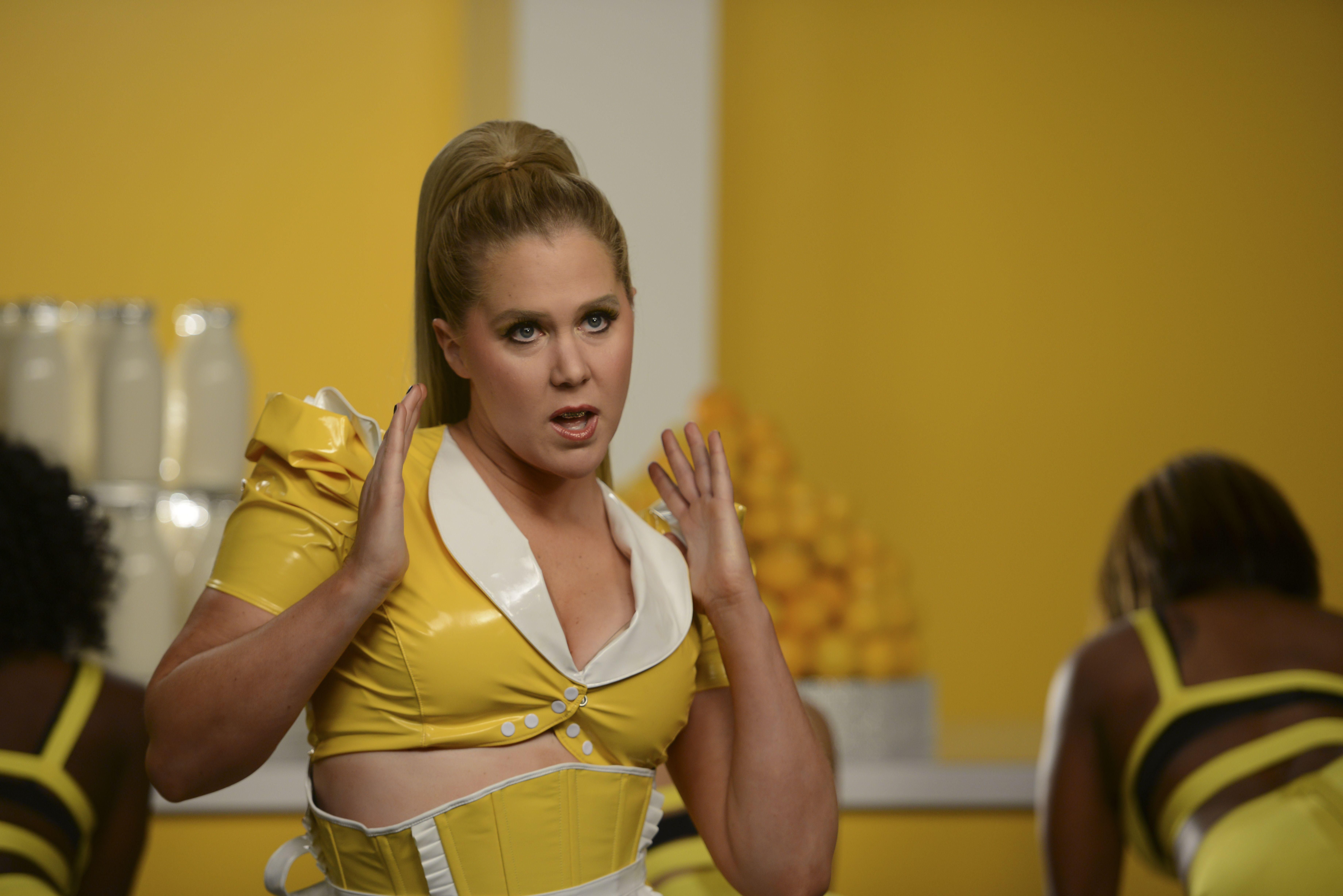 The most inspired episode from Amy Schumer's Comedy Central sketch series is "Last F**kable Day," a send-up on how Hollywood treats actresses of a certain age. Schumer stumbles upon an idyllic picnic of iconic trio Julia Louis-Dreyfus, Tina Fey, and Patricia Arquette, who ad-lib such hilarious lines as, "Are you that girl from the television who talks about her p— all the time?" Flattered, Schumer gushes, "Yes, yes, thank you!" "Well, come talk about your p— over here," beckons Louis-Dreyfus, who's celebrating her final effable day.

You don't have to wait long for a belly laugh: The episode opens with music video spoof, "Milk, Milk, Lemonade," with Schumer satirizing men's obsession with derrieres.

Stream all seasons of Inside Amy Schumer on CBS All Access. 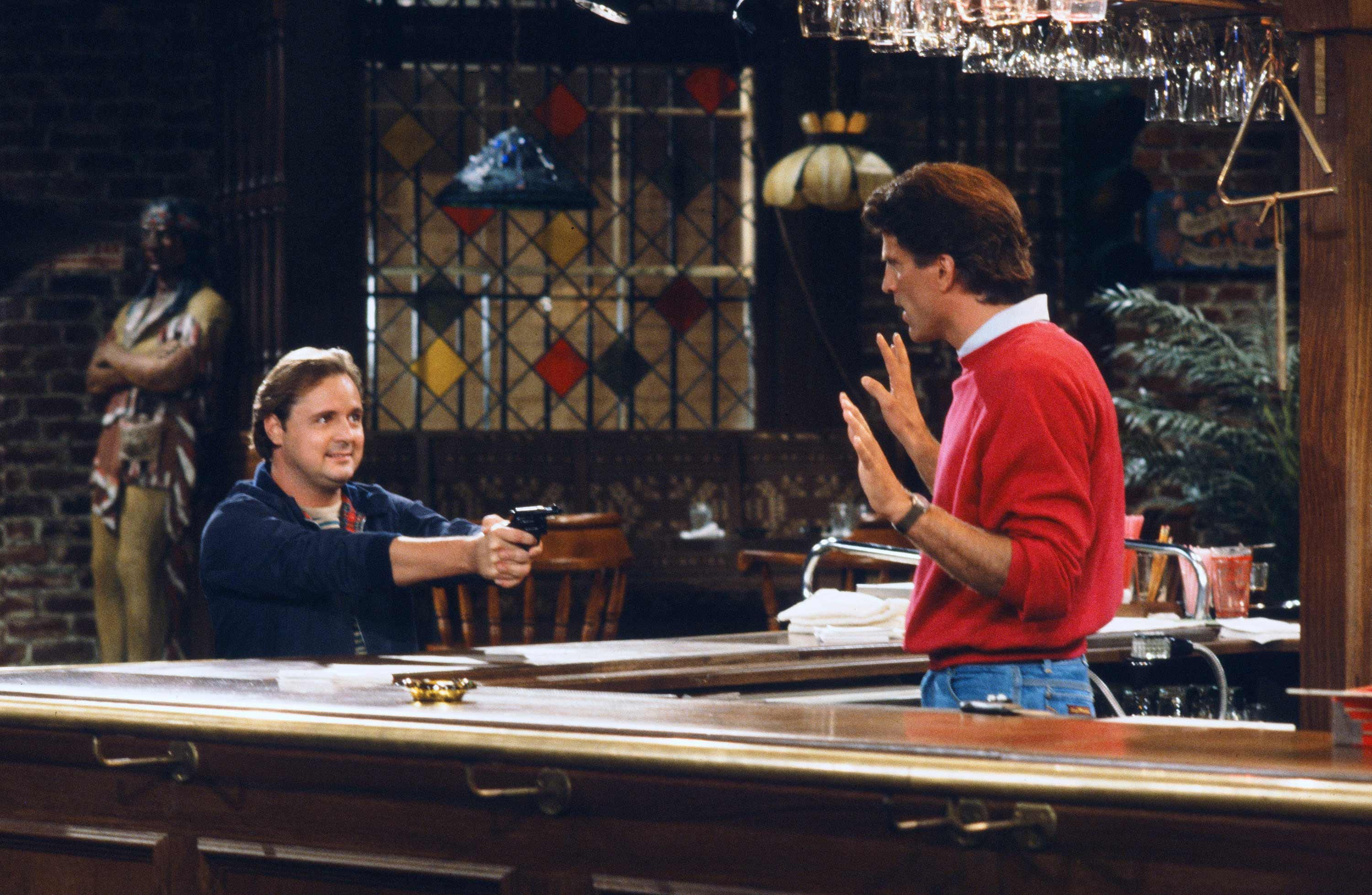 Derek McGrath as Andy Schroeder with Ted Danson as Sam Malone in an episode of Cheers.

This Season 2 classic brings back borderline psycho Andy (Cheers fans will remember him from Season 1, when Sam set him up with Diane on a date). Diane believes she can reform the ex-con—and wannabe actor—by staging a performance of Othello at the bar. And yes, that setup is as funny as it sounds.

Stream all seasons of Cheers on CBS All Access.

The Brady Bunch —"The Personality Kid" 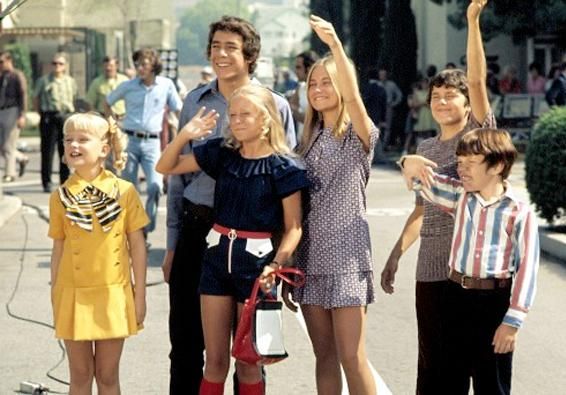 WATCH: Stream "The Personality Kid" On CBS All Access

Stream all seasons of The Brady Bunch on CBS All Access. 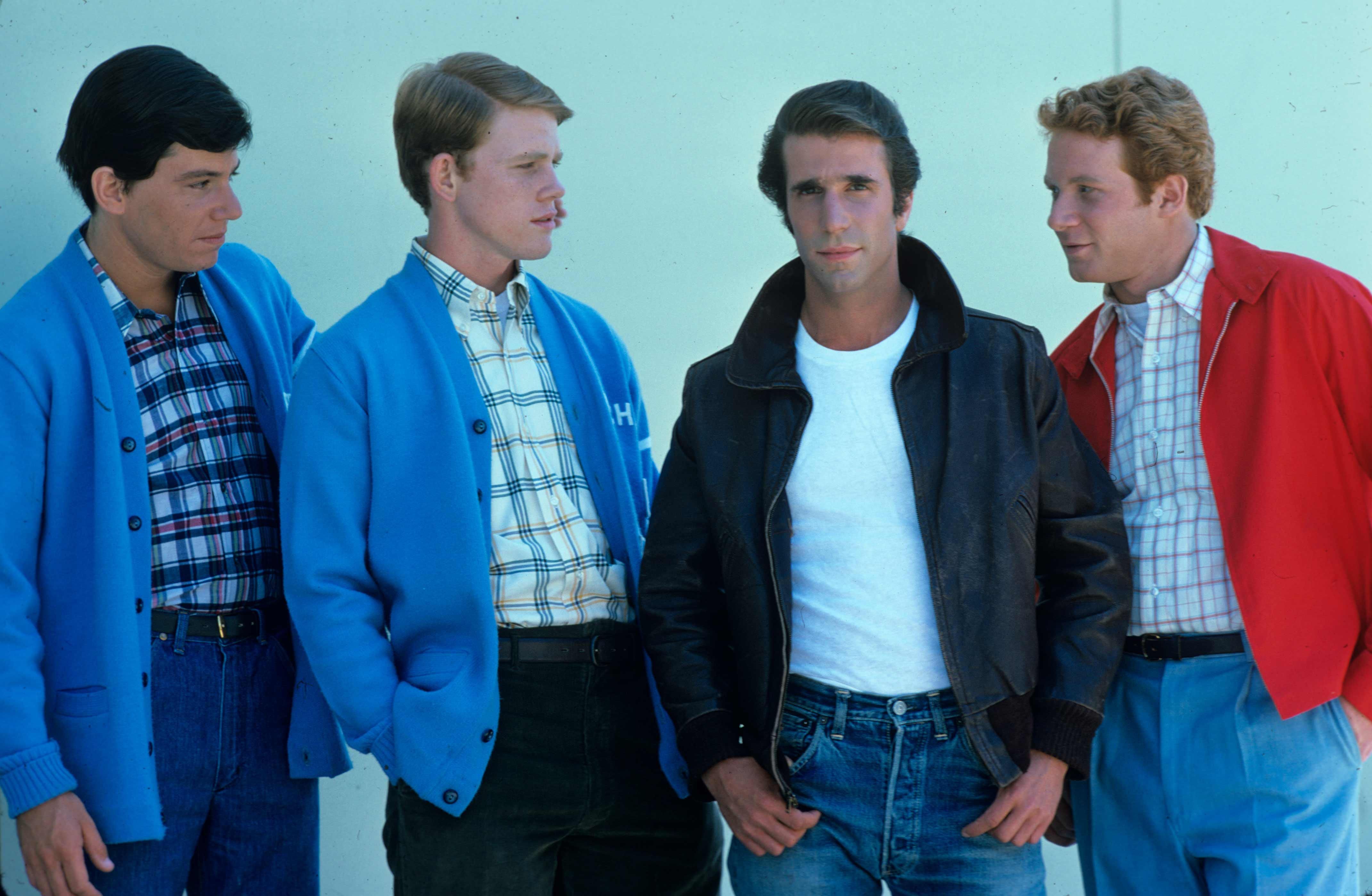 Fonzie (Henry Winkler) with the guys in Happy Days.

Fonzie (Henry Winkler) tasks Richie (Ron Howard) with looking after his girl while he's away at a demolition derby. Annoyed by The Fonz acting like he owns her, Denise coerces Richie to make out with her. But when Denise ends up with mono (a.k.a. "the kissing disease"), Richie debates whether it was worth choosing lips over loyalty.

WATCH: Stream "Kiss Me Sickly" On CBS All Access

Steam full episodes of Happy Days on CBS All Access. 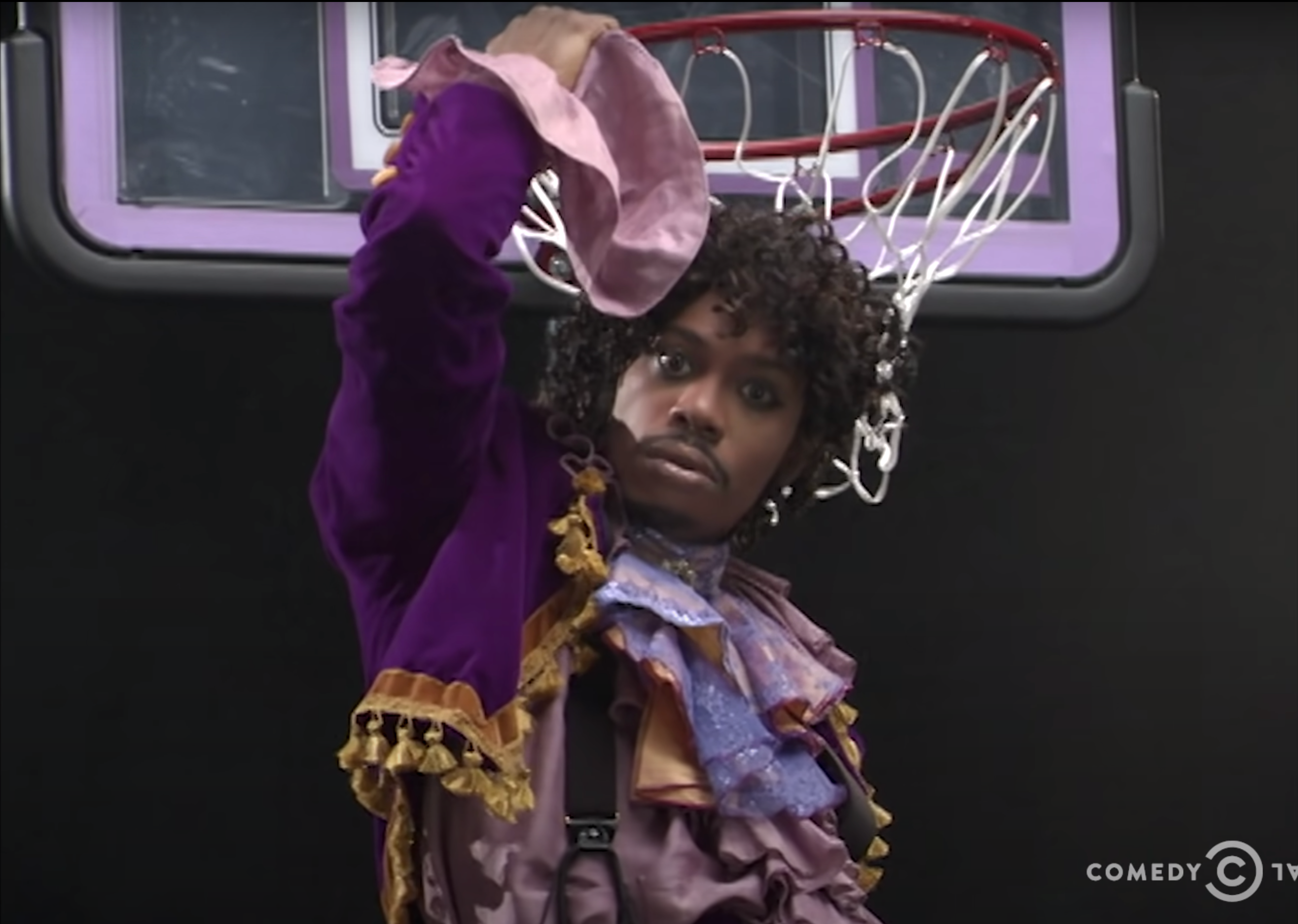 Comedian Dave Chappelle is known for his searing stand-up but also his iconic Comedy Central variety show. It's hard to single out just one belly-laugh-worthy episode from Chappelle's Show, but we'll go with "True Hollywood Story: Prince," when Chappelle channeled The Purple One in a slam-dunk sketch.

Stream all seasons of Chappelle's Show on CBS All Access. 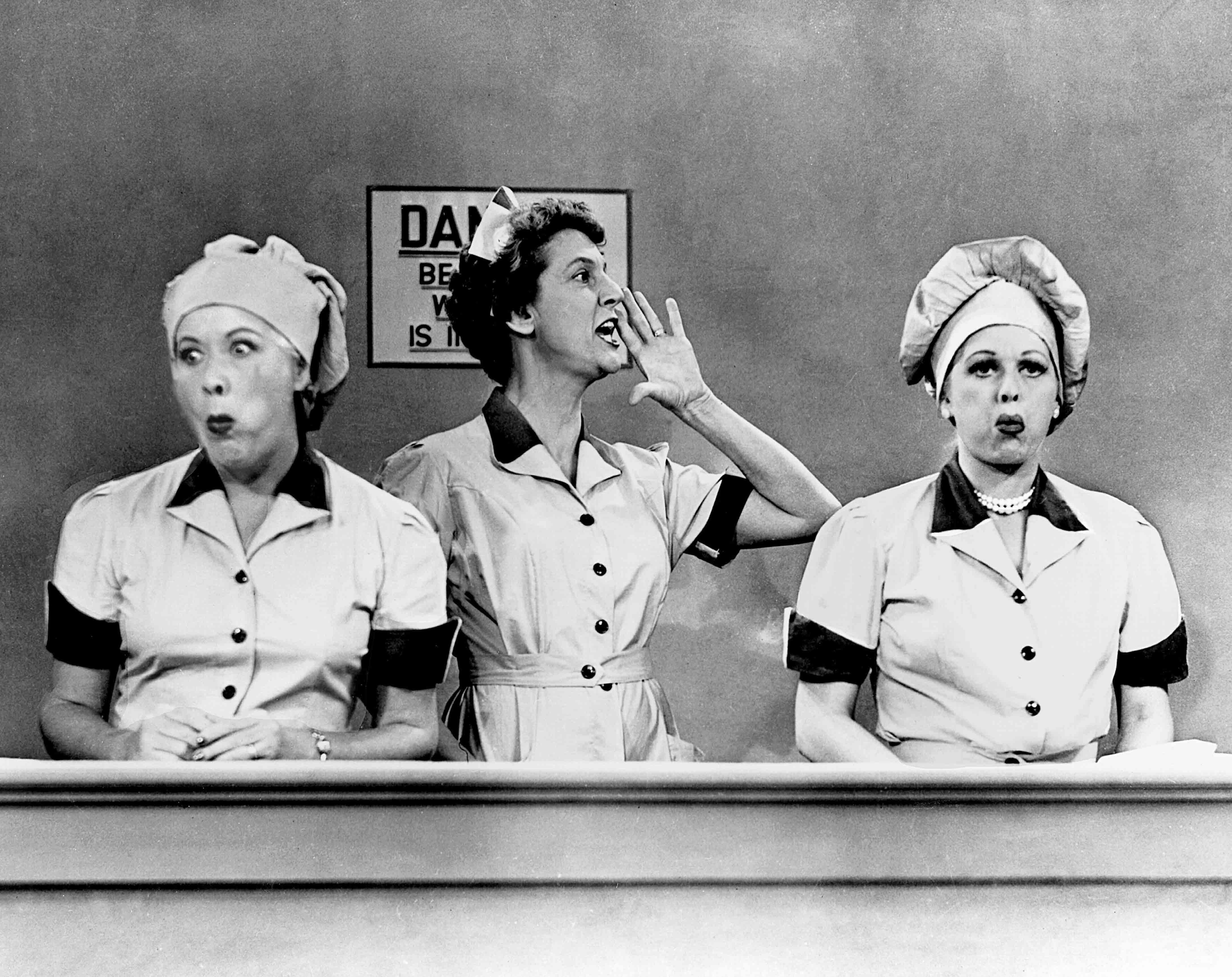 Ethel (Vivian Vance) and Lucy (Lucille Ball) hard at work at the chocolate factory in I Love Lucy.

Arguably the most memorable I Love Lucy installment: the infamous chocolate episode! Lucy and Ethel take on factory jobs. All hell breaks loose when the conveyor belt speeds up, forcing the overwhelmed besties to stuff candy in their blouses and mouths.

Stream all seasons of I Love Lucy on CBS All Access.

Key and Peele —"The End" 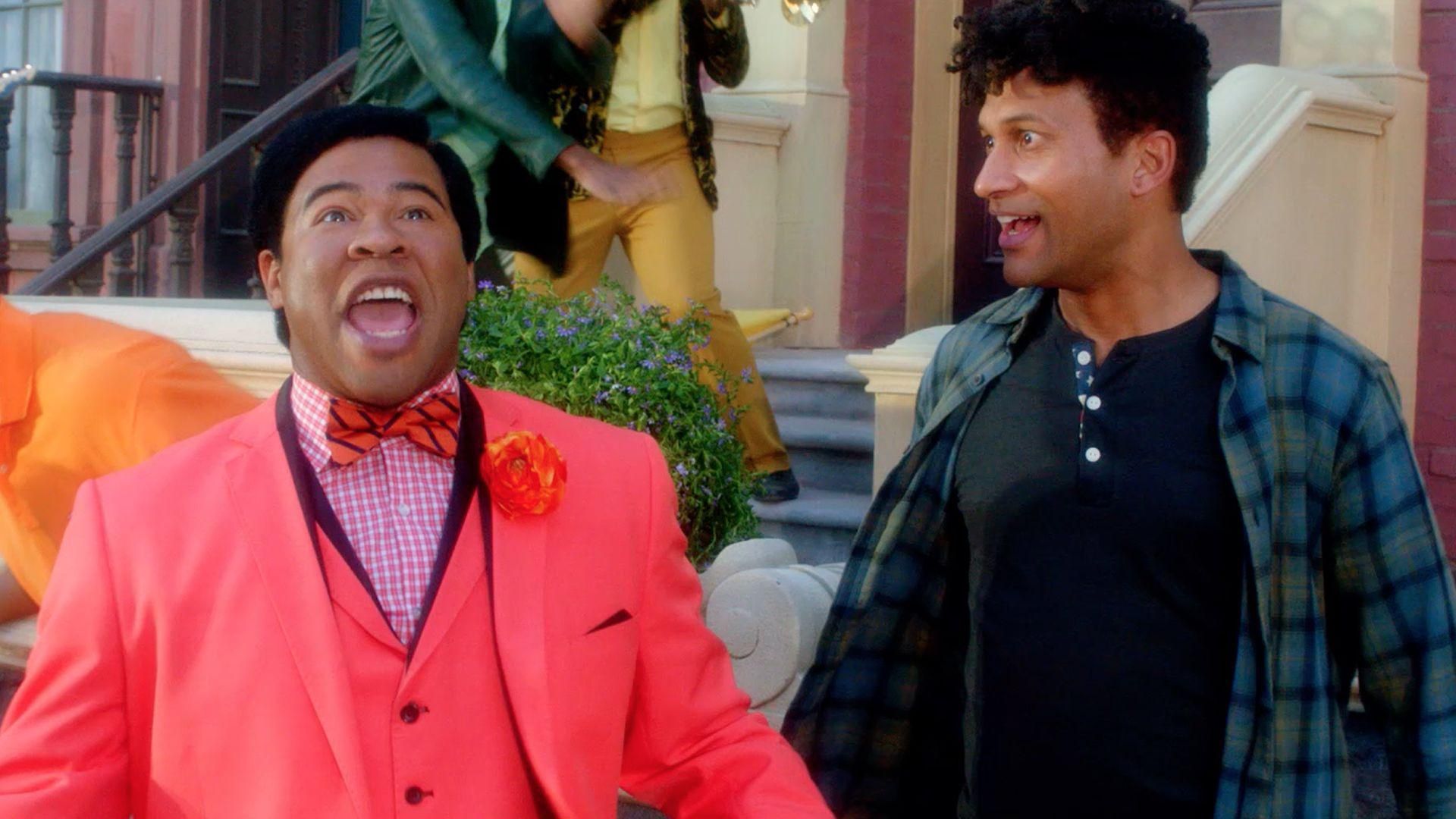 Jordan Peele and Keegan-Michael Key of Key and Peele.

Before Jordan Peele was taking home an Oscar and rebooting The Twilight Zone, the multi-hyphenate teamed with fellow funnyman Keegan-Michael Key for a Comedy Central sketch series that made you think long after the laughter died down.

After five seasons, the duo decided to drop the mic—but the series ender proved that they were going out on top. The send-off's central sketch was a full-on Busby Berkeley musical number on a sprawling soundstage, with Peele belting out the pleasures of living in "Negrotown."

Stream all seasons of Key and Peele on CBS All Access. 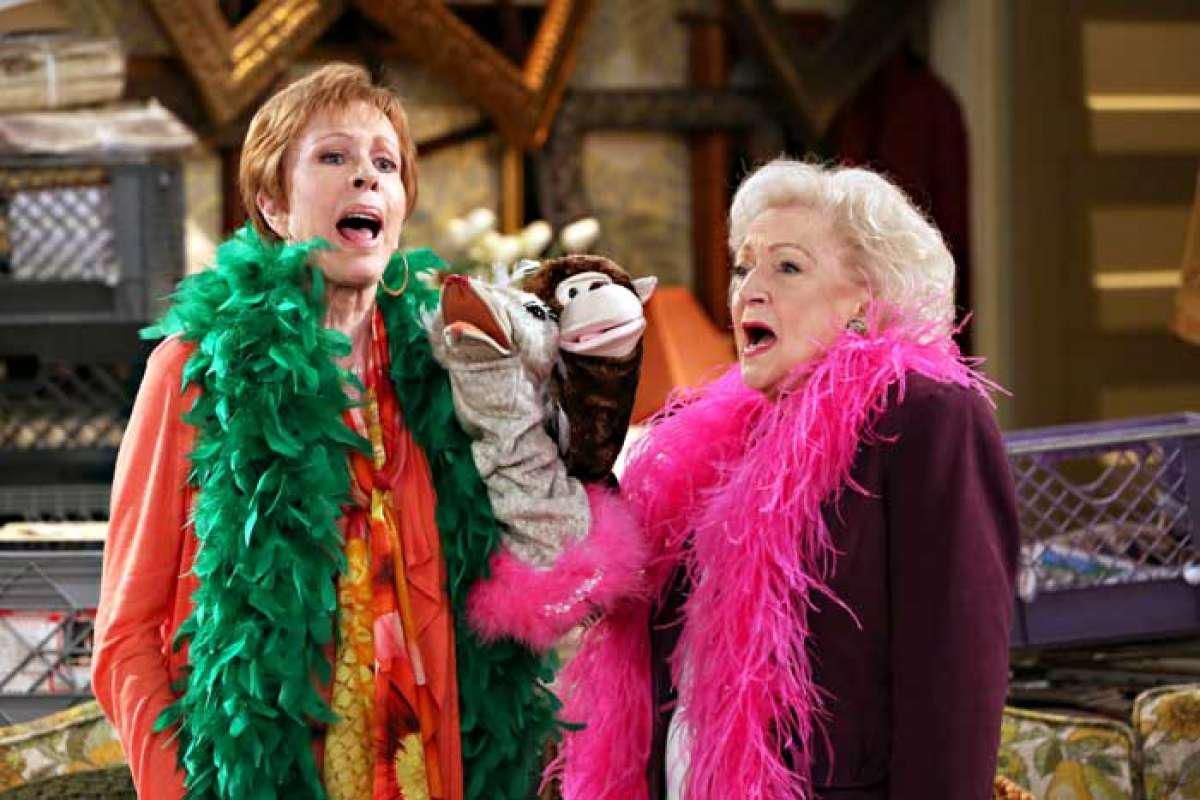 Carol Burnett reunites with Betty White in an episode of Hot in Cleveland.

Stream all seasons of Hot in Cleveland on CBS All Access.

Daytime Emmy Nominees 2021 in Their Own Words

The Most Exciting New and Returning Shows on CBS, The CW, and Paramount+