Can you believe these famous folks have taken home a gramophone?

Music's Biggest Night® airs on CBS (and streams on Paramount+) this Sunday, March 14! Up for GRAMMY gold are the usual suspects—Beyonce, Taylor Swift, Billie Eilish, and Post Malone. But did you know that Meryl Streep, Tiffany Haddish, and Jeopardy GOAT Ken Jennings are also nominated?

Check out these other surprising celebrities, politicians, and cartoons (!) who've all won a GRAMMY—or two! 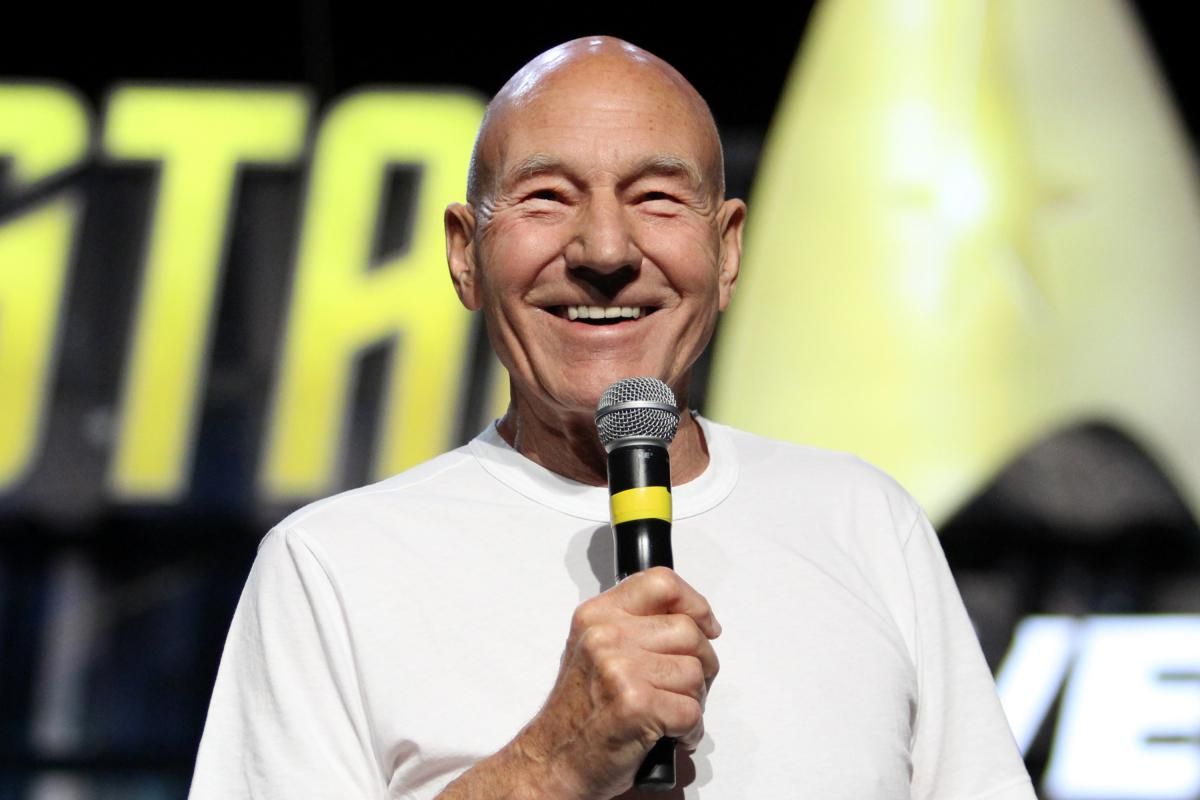 Patrick Stewart surprised fans at a Star Trek Las Vegas convention with the news that he'd be reprising his iconic role of Picard.

Despite his very-DJ-sounding nickname, "P-Stew," Sir Patrick Stewart did not earn his GRAMMY for Best Remixed Recording. Rather, the Star Trek: Picard star lent his authoritative voice to Prokofiev: Peter And The Wolf and earned the trophy for Best Spoken Word Album for Children in 1995.

Alvin and The Chipmunks 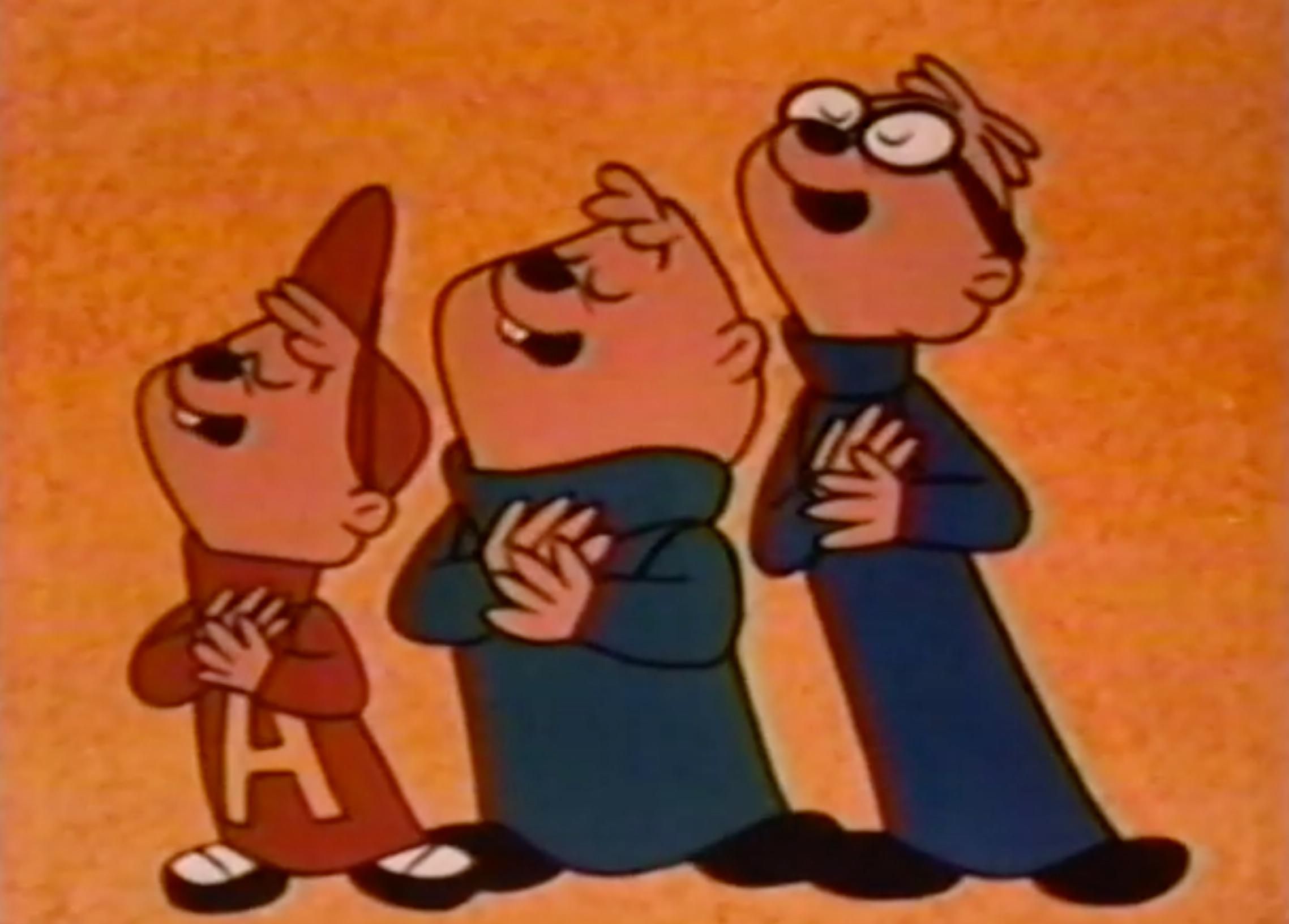 All Alvin wants for Christmas is a hula hoop.

The high-pitched harmonies of Alvin and The Chipmunks were music to voters' ears. At the inaugural GRAMMY Awards in 1958, "The Chipmunk Song (Christmas Don't Be Late)" took home three trophies, including Best Comedy Performance and Best Children's Recording. The holiday chestnut by the cartoon trio (voiced by Ross Bagdasarian) even snuck in as a surprise Record of the Year nominee! 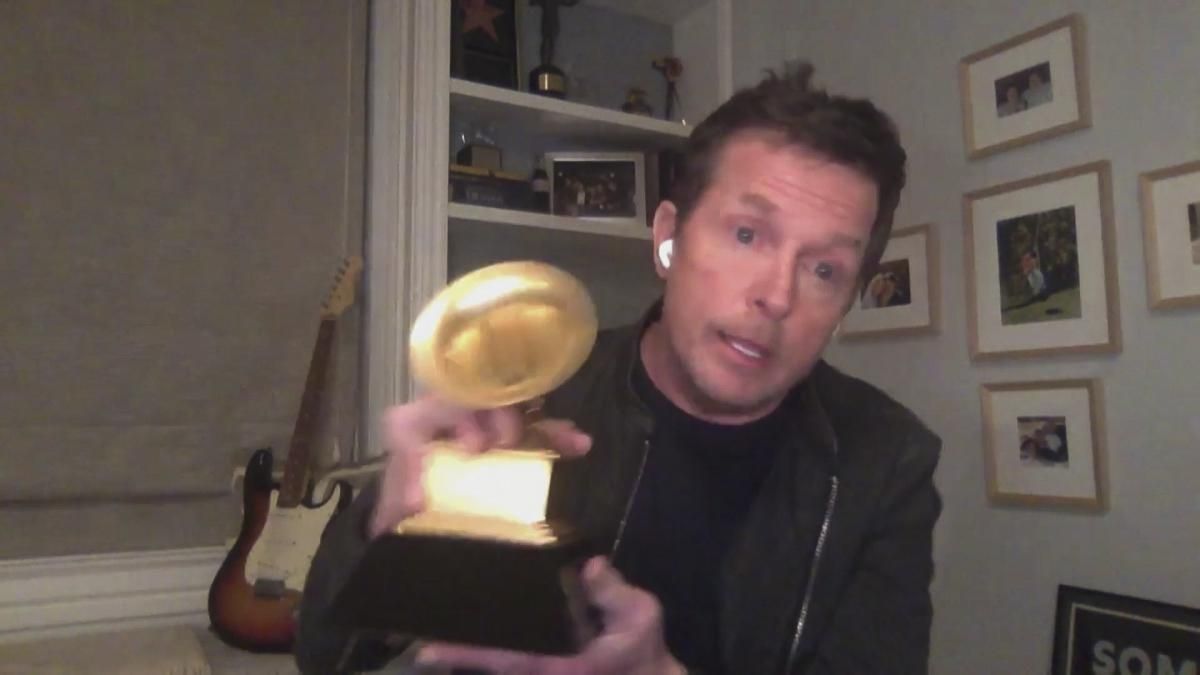 "I thought I would win the Nobel Peace Prize before I win a GRAMMY," Michael J. Fox told James Corden on The Late Late Show in November. "I had no business winning a GRAMMY. It's just like silly that I have one. There are these great musicians that work their whole lives and don't have one. I read some words I wrote and they gave me one. But I will take it." The words he wrote (that he read) come from his memoir, Always Looking Up, which won the 2009 Spoken Word GRAMMY. 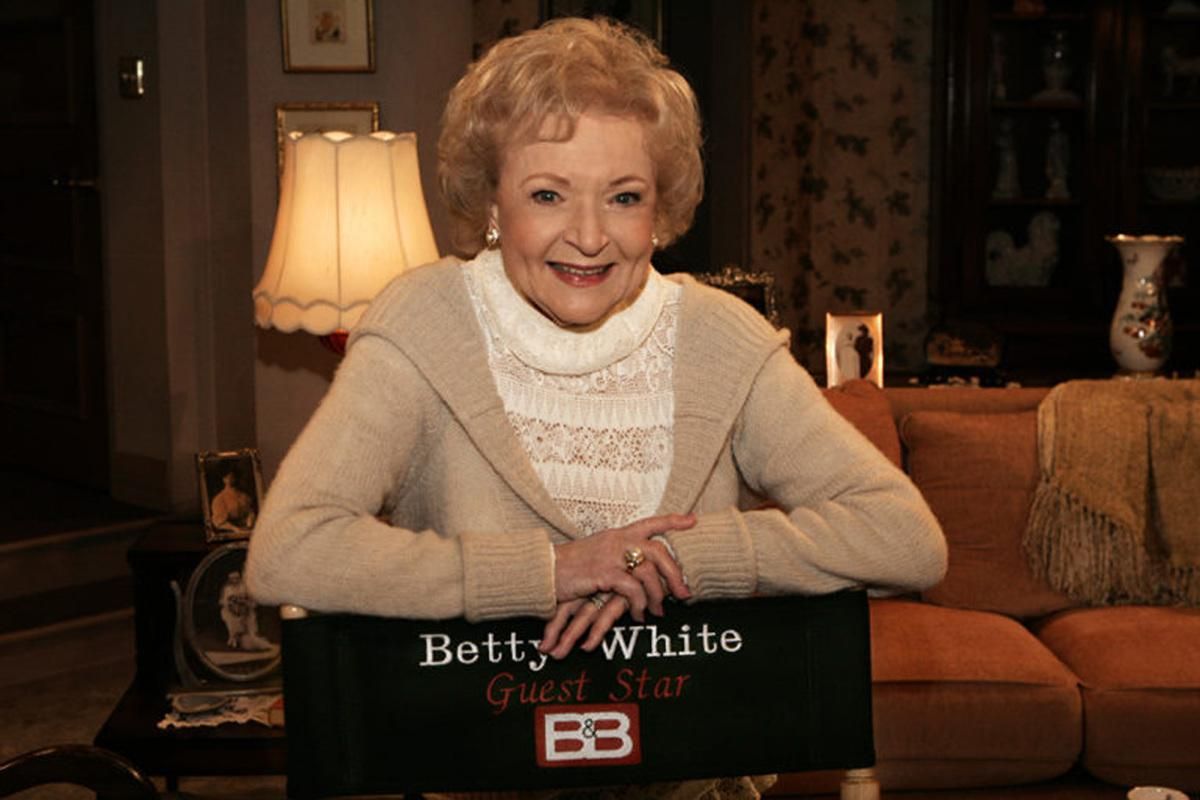 Betty White's impressive list of credits include The Mary Tyler Moore Show, Golden Girls, Hot in Cleveland, and The Bold and the Beautiful.

National treasure Betty White won a Best Spoken Word GRAMMY in 2011 for If You Ask Me (And Of Course You Won't). Watch this Golden Girl's impeccable comedic timing on full display in the TV Land sitcom Hot in Cleveland on Paramount+! 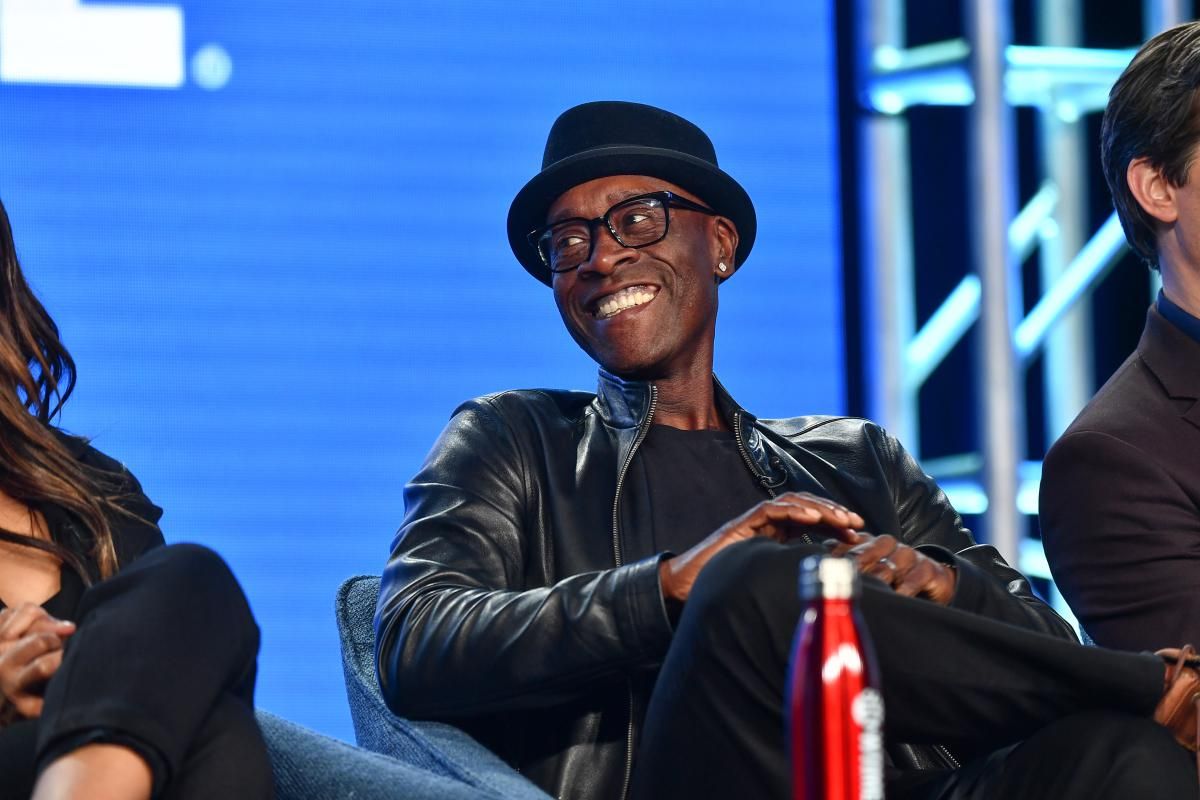 Don Cheadle on stage during the panel for Black Monday at the 2020 SHOWTIME Winter TCA Press Tour.

Black Monday star Don Cheadle was rewarded with a gramophone for his brilliant turn as jazz icon Miles Davis in Miles Ahead. The biopic's album won in 2016 for Best Soundtrack Compilation.

Stream Seasons 1 and 2 of Black Monday on SHOWTIME and SHOWTIME ANYTIME apps, as well as via SHOWTIME On Demand. 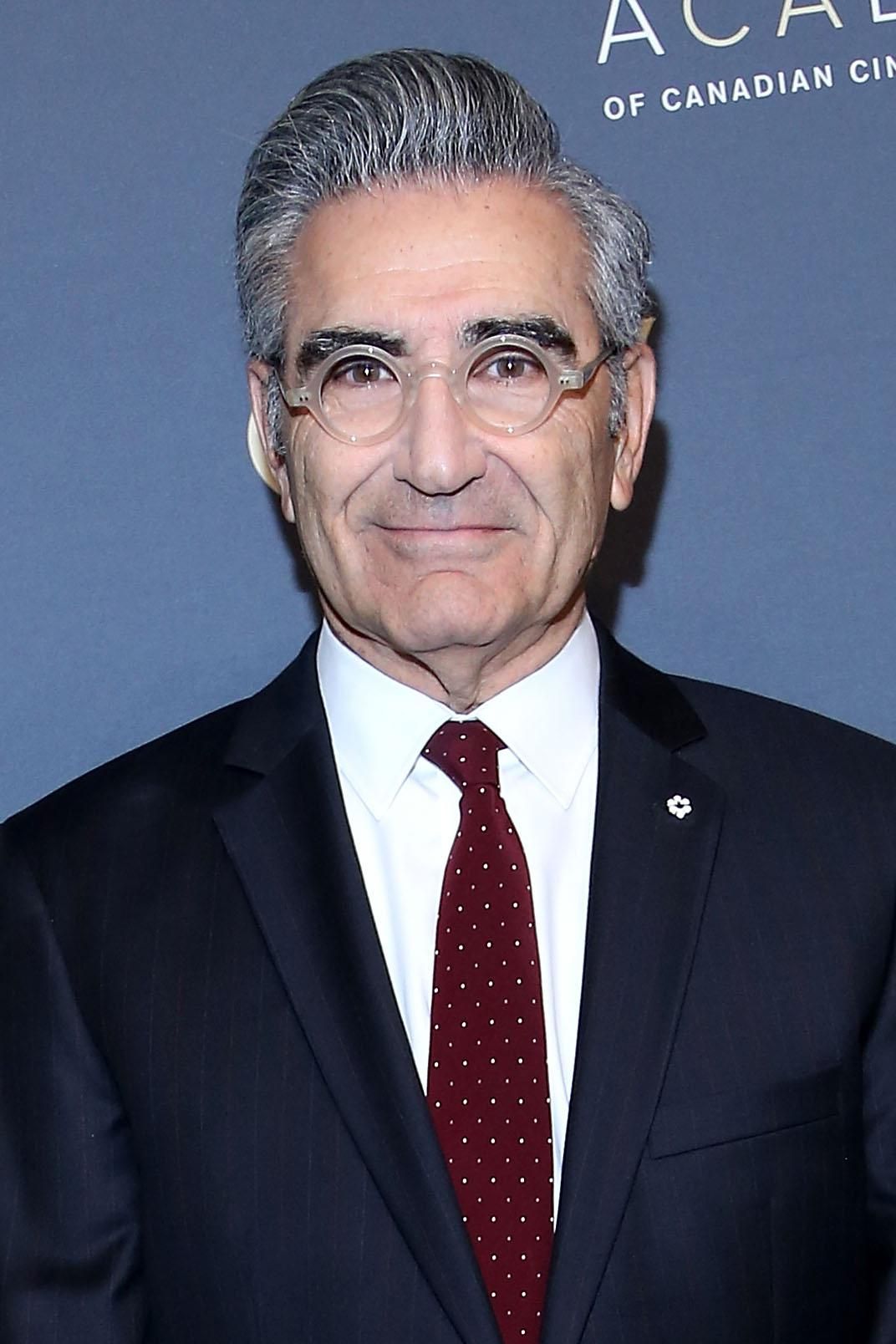 Before he racked up a Schitt's ton of awards for playing easygoing patriarch Johnny Rose, Eugene Levy actually won a 2014 GRAMMY for the original song he wrote for A Mighty Wind. His singing partner and ex in the folk music mockumentary? None other than Moira Rose herself, Catherine O'Hara.

Schitt's Creek streams on the Pop Now app, plus Netflix and CW Seed.

In addition to being nominated three times—including one for his iconic "I Have a Dream" speech—the civil rights leader posthumously won for Best Spoken Word Recording in 1971 for "Why I Oppose The War In Vietnam." 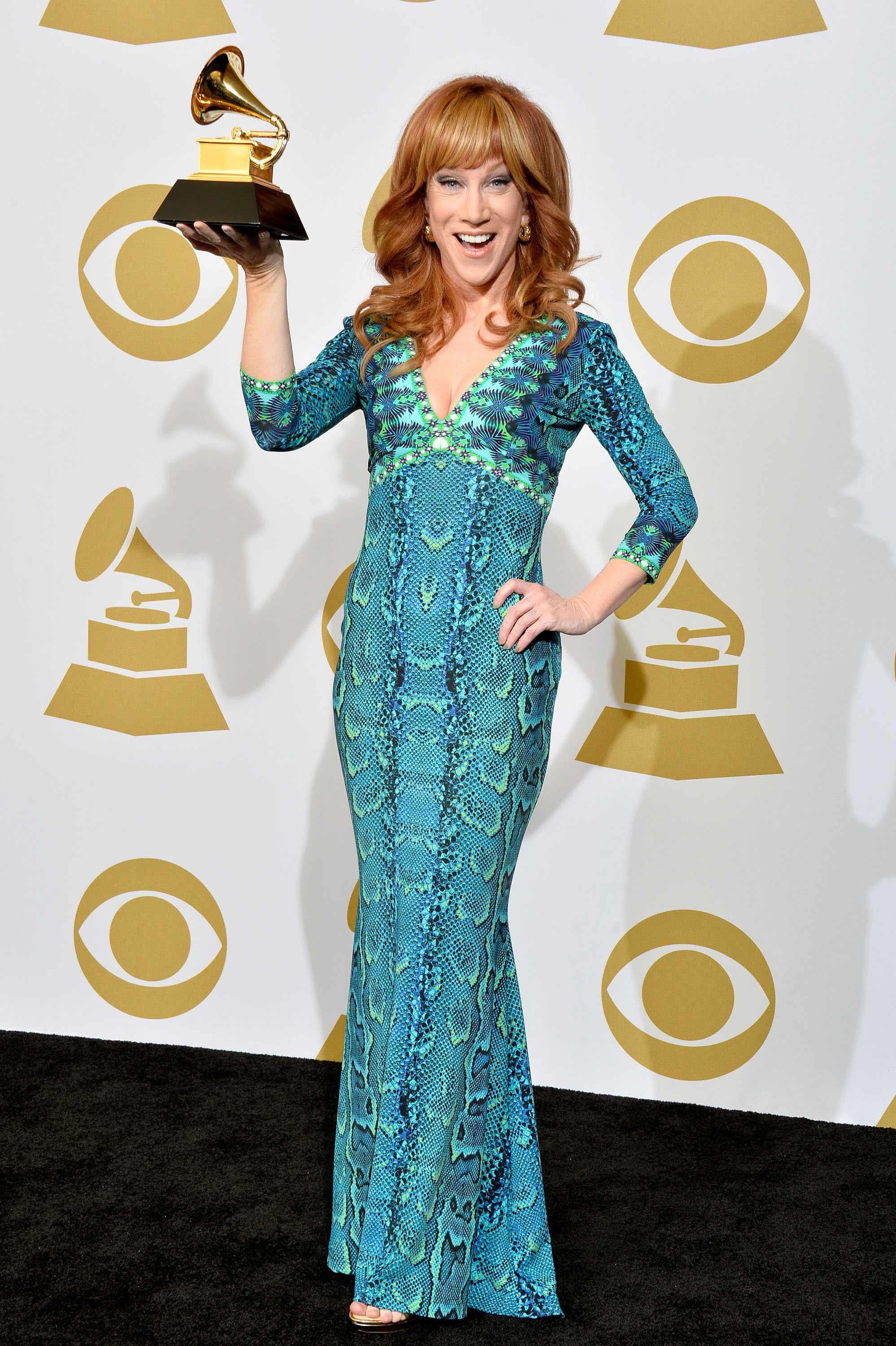 Kathy Griffin has a pair of Emmys to go with her GRAMMY.

The envelope-pushing, celebrity-roasting comedienne might consider herself D-list. But with five Best Comedy Album noms (and one win, for 2014's Calm Down Gurrl), Kathy Griffin is certainly A-list at the GRAMMYs. 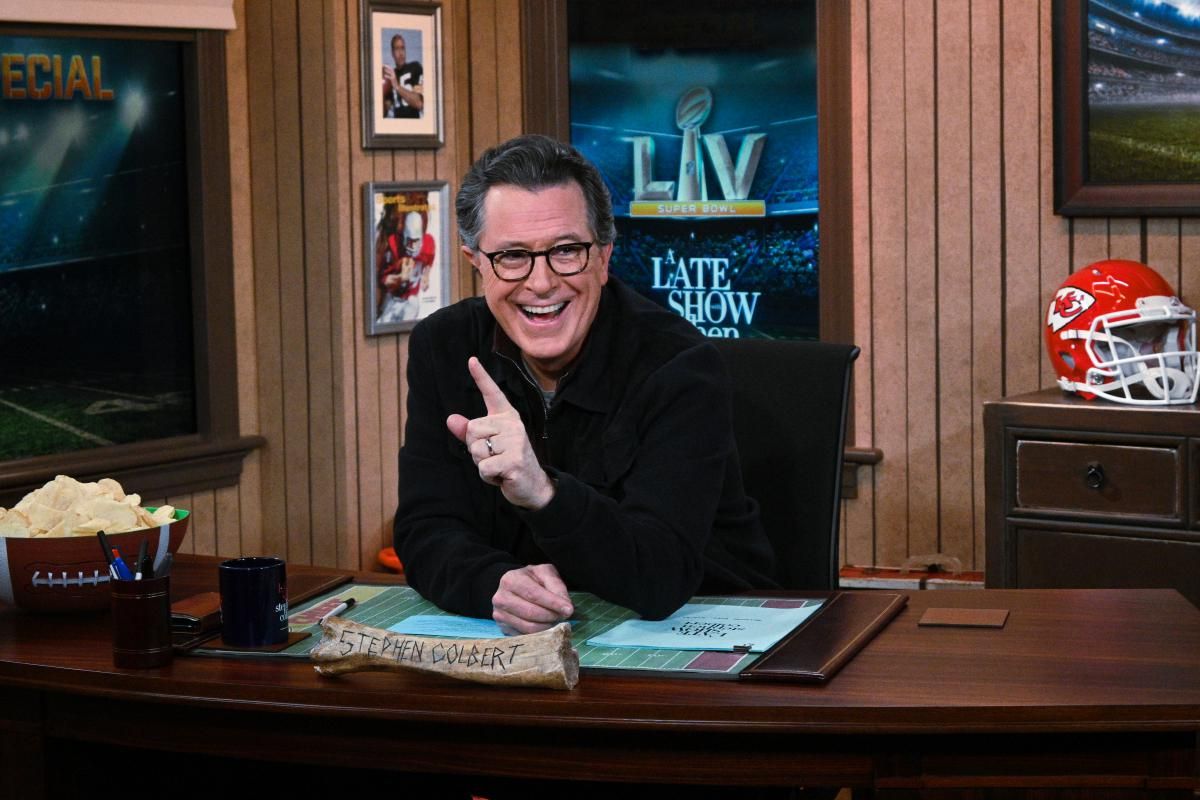 Believe it or not, Stephen Colbert has a lovely singing voice—the host of The Late Show once played Harry in a revival of Stephen Sondheim's Company. But the pair of GRAMMYs on his mantel are actually for Best Spoken Word Album in 2013 for America Again: Re-becoming The Greatness We Never Weren't and Colbert Christmas: The Greatest Gift Of All! as 2009's Best Comedy Album.

The Late Show with Stephen Colbert airs Weeknights at 11:35/10:35c on CBS and streams on Paramount+. 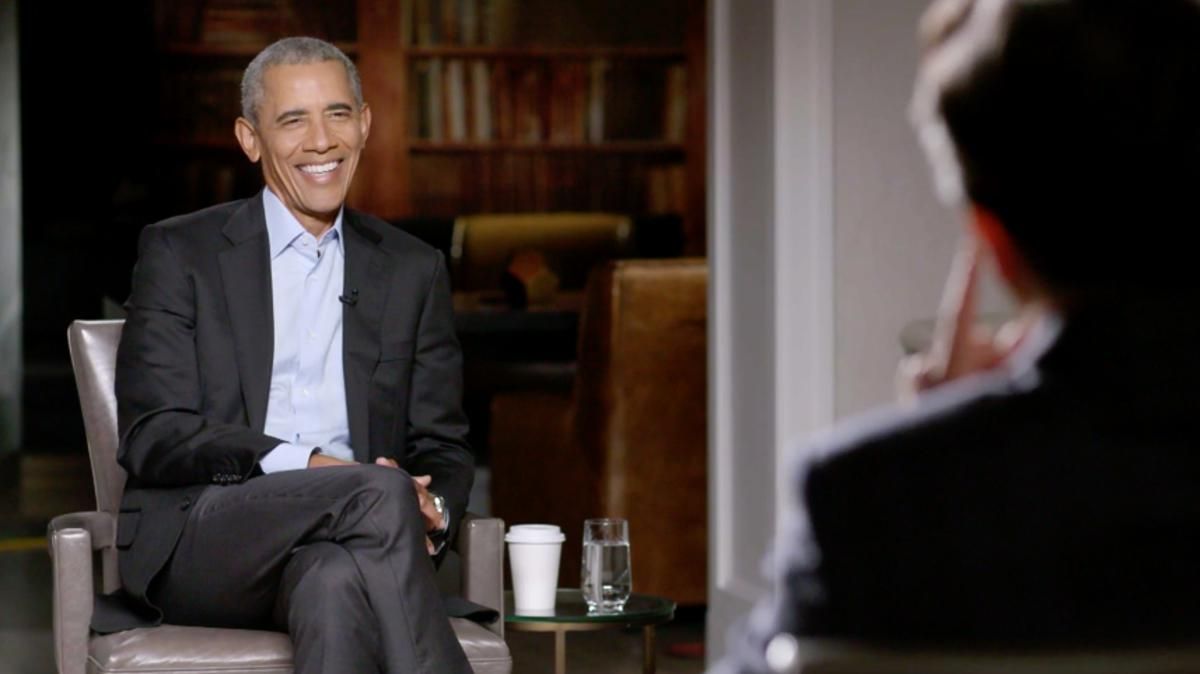 President Barack Obama sat down with Stephen Colbert on The Late Show in November 2020.

Before Barack Obama was a two-term president, "44" was already a two-time GRAMMY winner. Both of his wins were in the Best Spoken Word Album category, for audio versions of Dreams From My Father and The Audacity Of Hope. 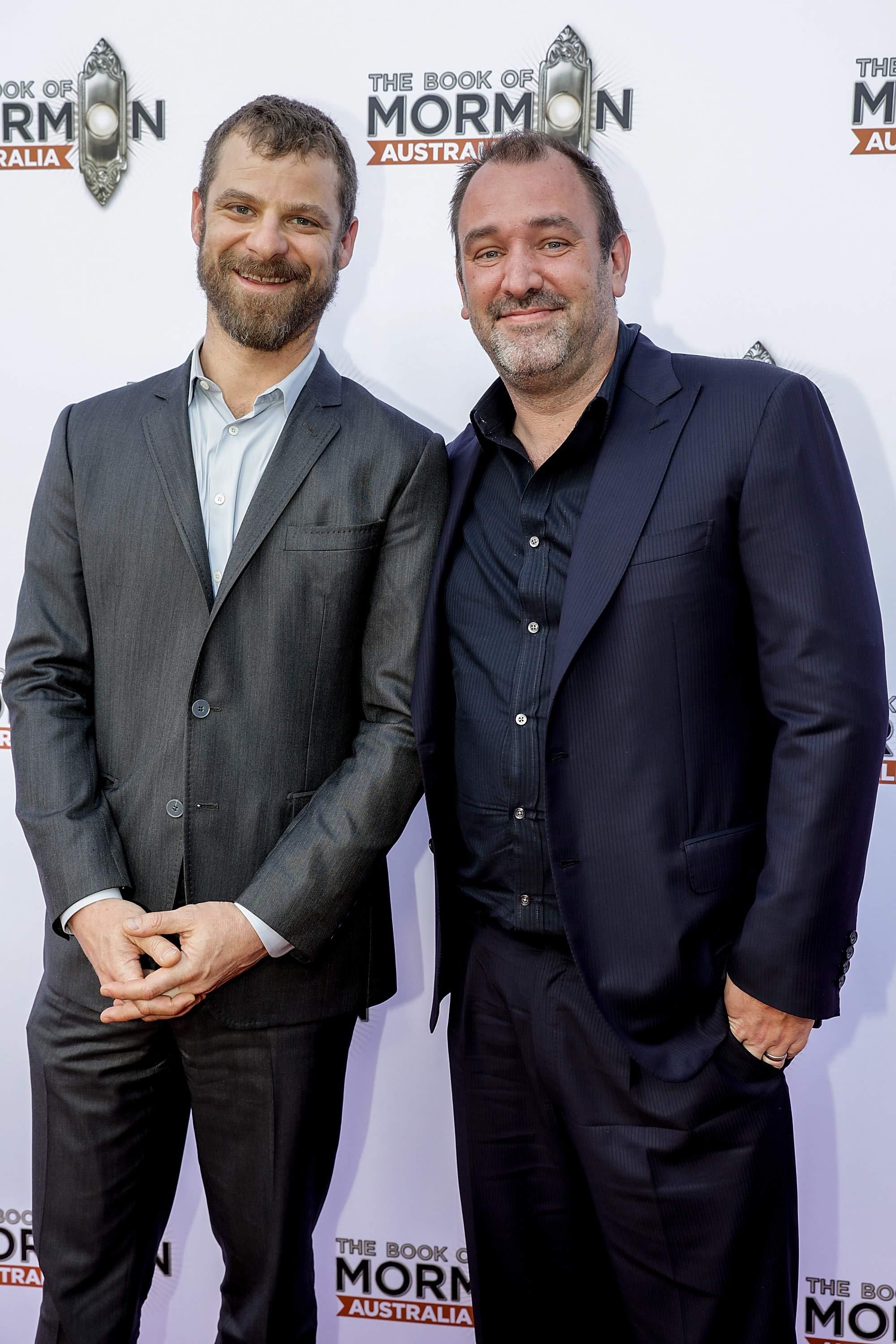 Yes, it's true: South Park creators Trey Parker and Matt Stone are just one Oscar away from an EGOT. The Emmy-winning duo took home the Musical Theater Album GRAMMY in 2012 for their Tony-winning hit The Book of Mormon. 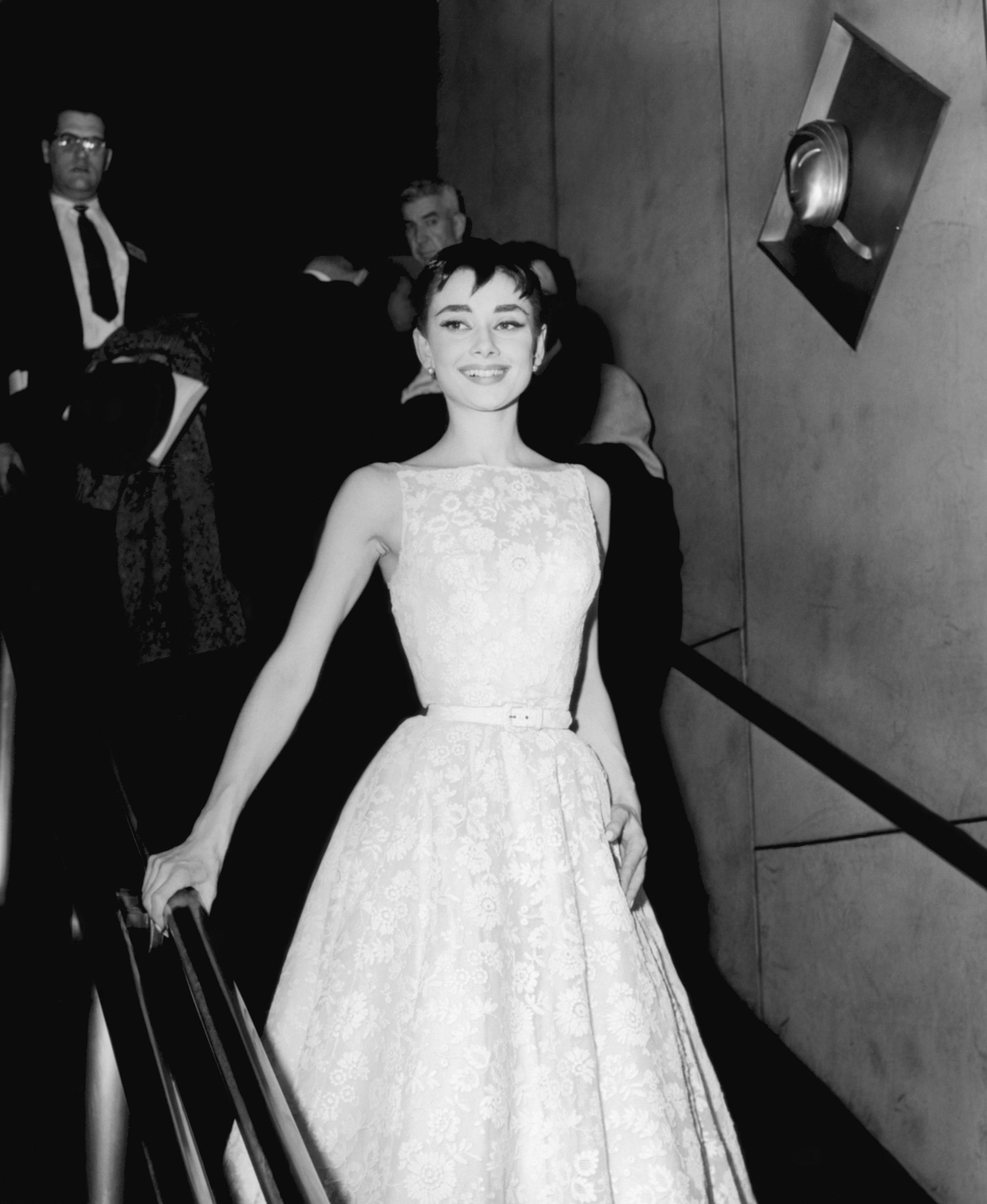 An icon of stage and screen, Audrey Hepburn is only one of 16 EGOT winners. 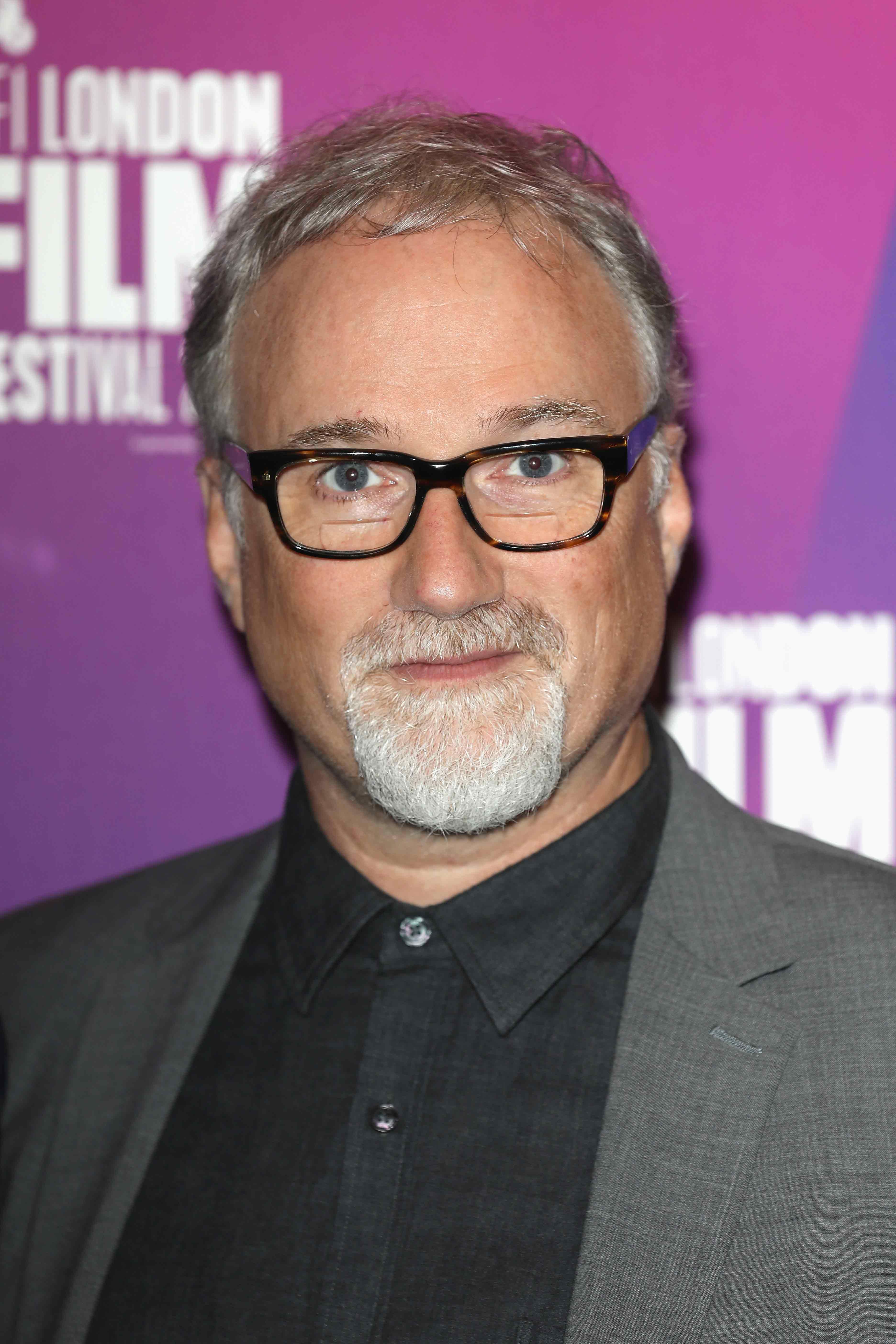 David Fincher is the auteur behind more than 50 music videos.

Before he became a big-time director—helming The Social Network, Gone Girl, and this year's Oscar contender, Mank—David Fincher elevated the music video to an art form. His credits include more than 50 videos, including Madonna's iconic "Vogue," Aerosmith's "Janie's Got a Gun," and George Michael's "Freedom '90." Fincher won GRAMMYs for two of those music videos: Justin Timberlake's "Suit and Tie" in 2014 and The Rolling Stones' "Love Is Strong" in 1995.

How's this for a random trio: A former U.S. president, a Soviet Union leader, and a screen legend teamed up on a recording of Peter And The Wolf and Wolf Tracks. Bill Clinton, Mikhail Gorbachev, and Sophia Loren bagged the Best Spoken Word Album for Children in 2004. 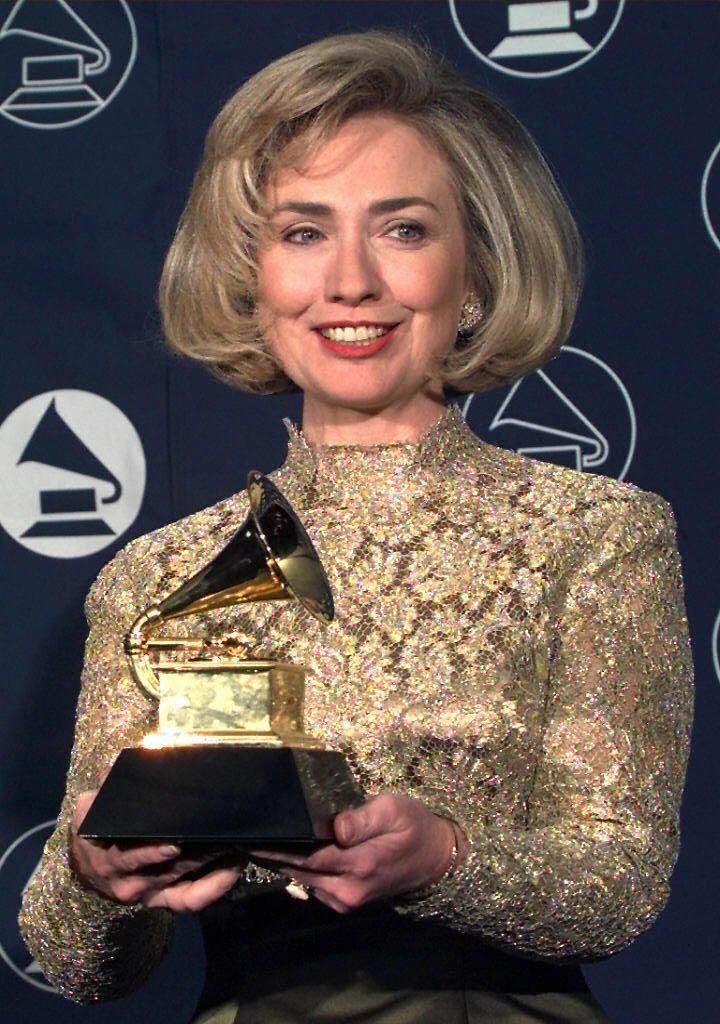 The one-time GRAMMY winner would go on to make history as the first female nominee of a major U.S. party in 2016.

It takes a village to enable children to "become smart, able, resilient adults," wrote then–First Lady Hillary Clinton in her 1996 book. Her audiobook version of It Takes a Village won a 1997 Best Spoken Word GRAMMY. 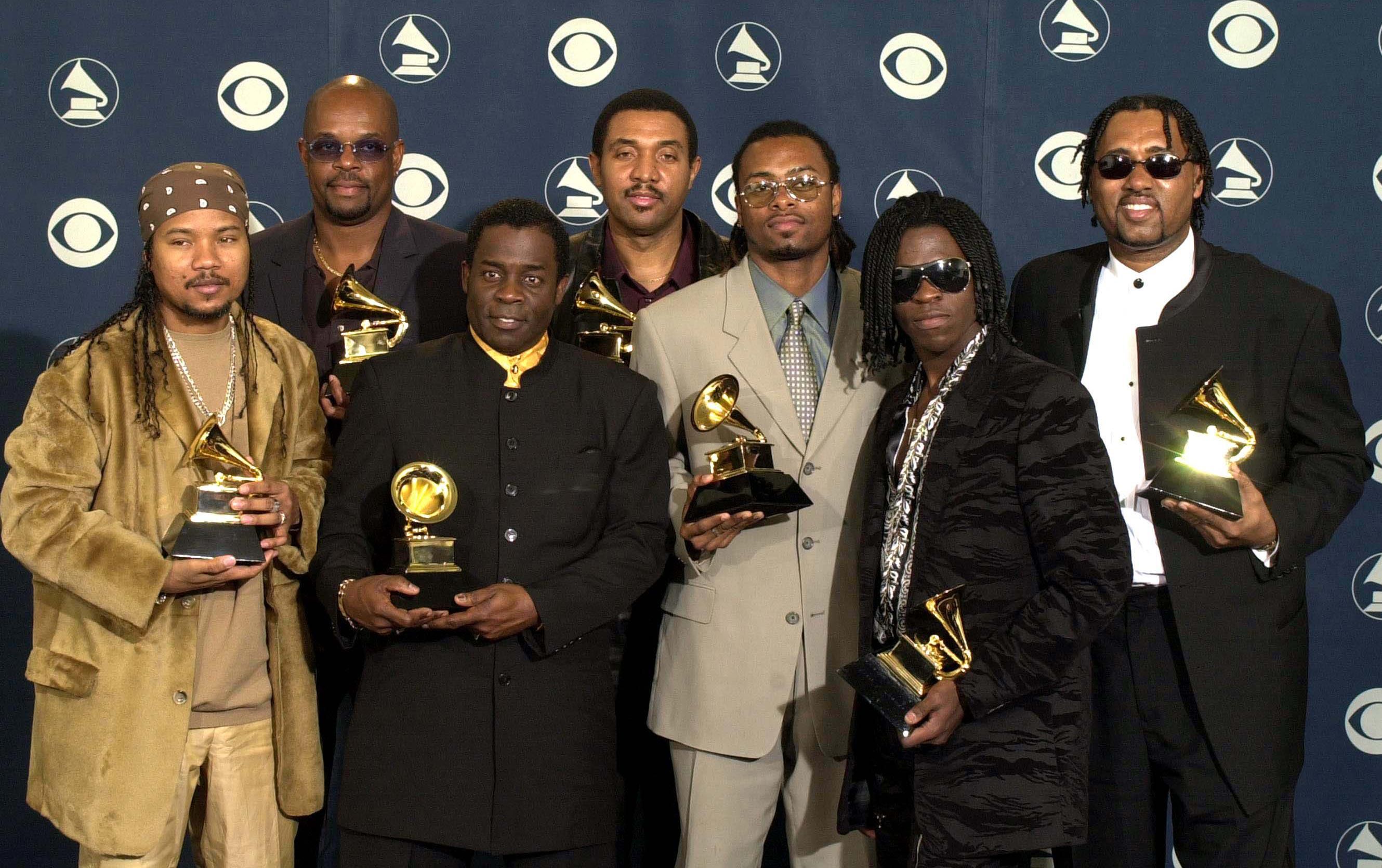 For those keeping track at home, the combined competitive GRAMMY wins of Jimi Hendrix, Queen, Katy Perry, and Nicki Minaj: 0. Baha Men: 1. The one-hit wonders won for their one and only hit, "Who Let the Dogs Out," in 2001 for Dance Recording. 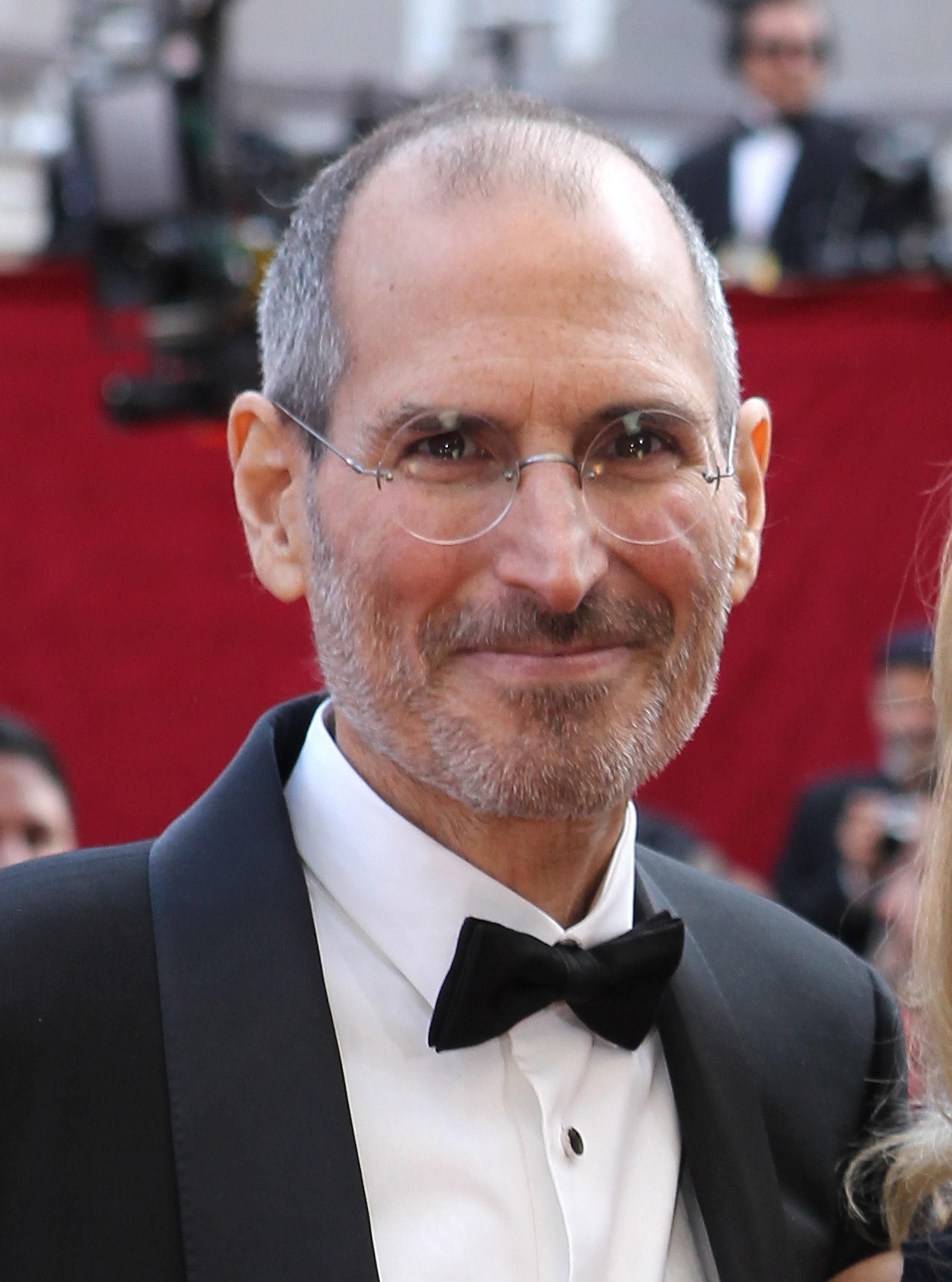 Thanks to innovations like iPods and iTunes, late Apple co-founder Steve Jobs was awarded a posthumous honorary GRAMMY for changing the music game. 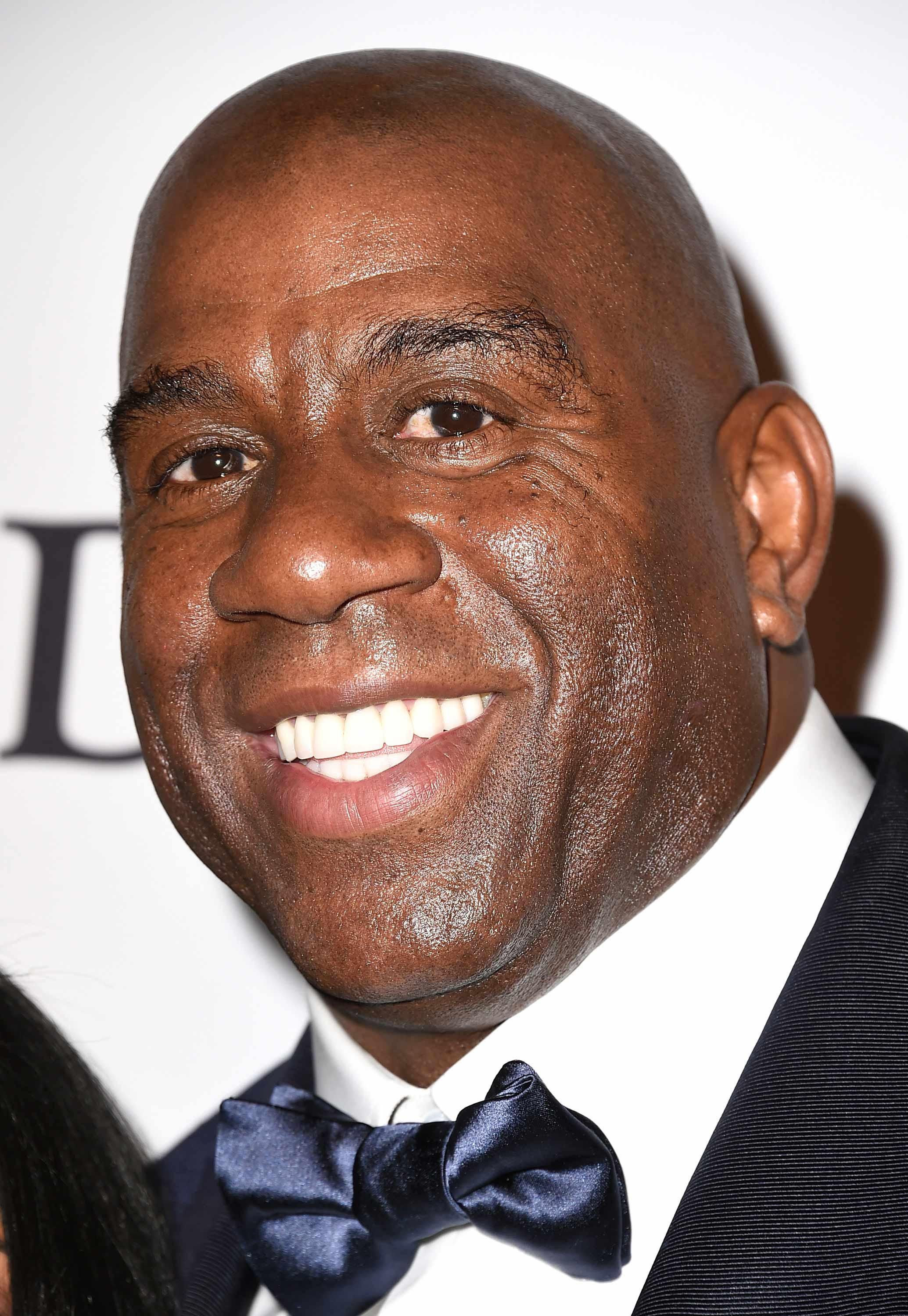 Ten-time NBA champ Magic Johnson also boasts a GRAMMY and a star on the Hollywood Walk of Fame.

In 1991, Magic Johnson shocked the world by announcing that he was HIV-positive. The Los Angeles Lakers legend penned a groundbreaking book, What You Can Do to Avoid AIDS, and the audio version took home the 1993 GRAMMY for Best Spoken Word Album. 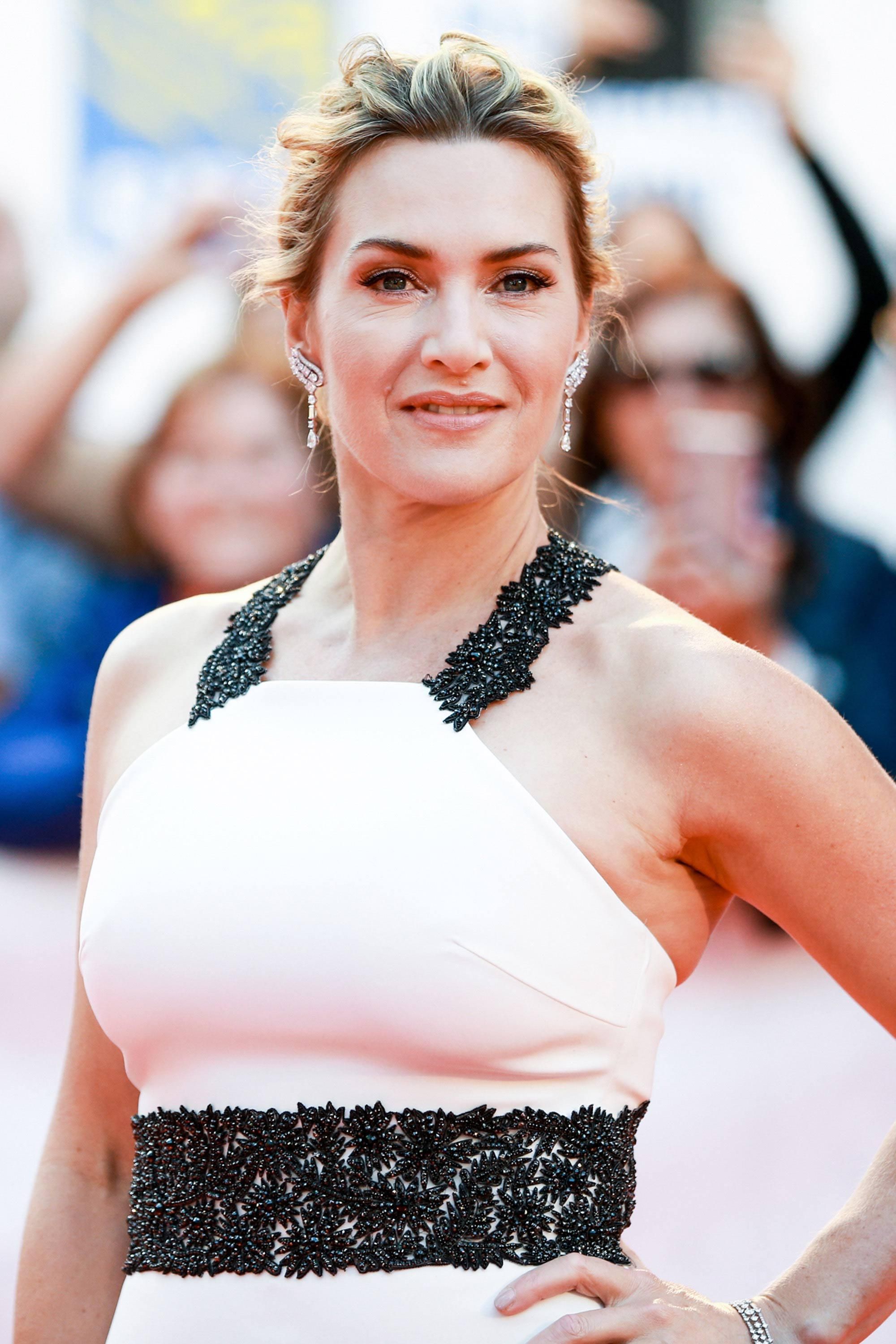 Kate Winslet has an Oscar (The Reader), an Emmy (Mildred Pierce), and a GRAMMY.

Kate Winslet has had a titanic career. But it's her voice that earned her a GRAMMY: The British thesp won in 1999 for Best Spoken Word Album for narrating Listen to the Storyteller. 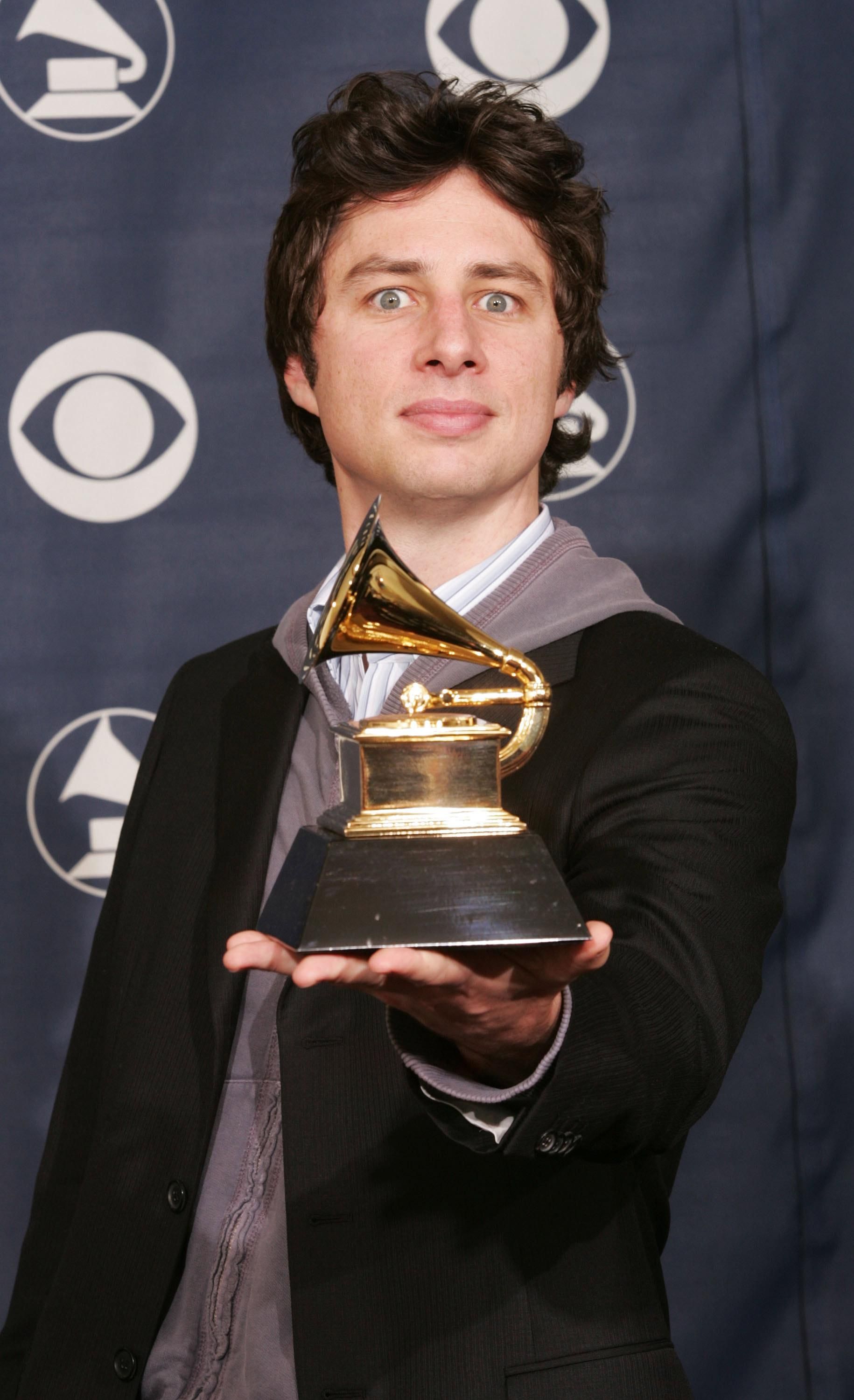 Zach Braff shows off his GRAMMY. 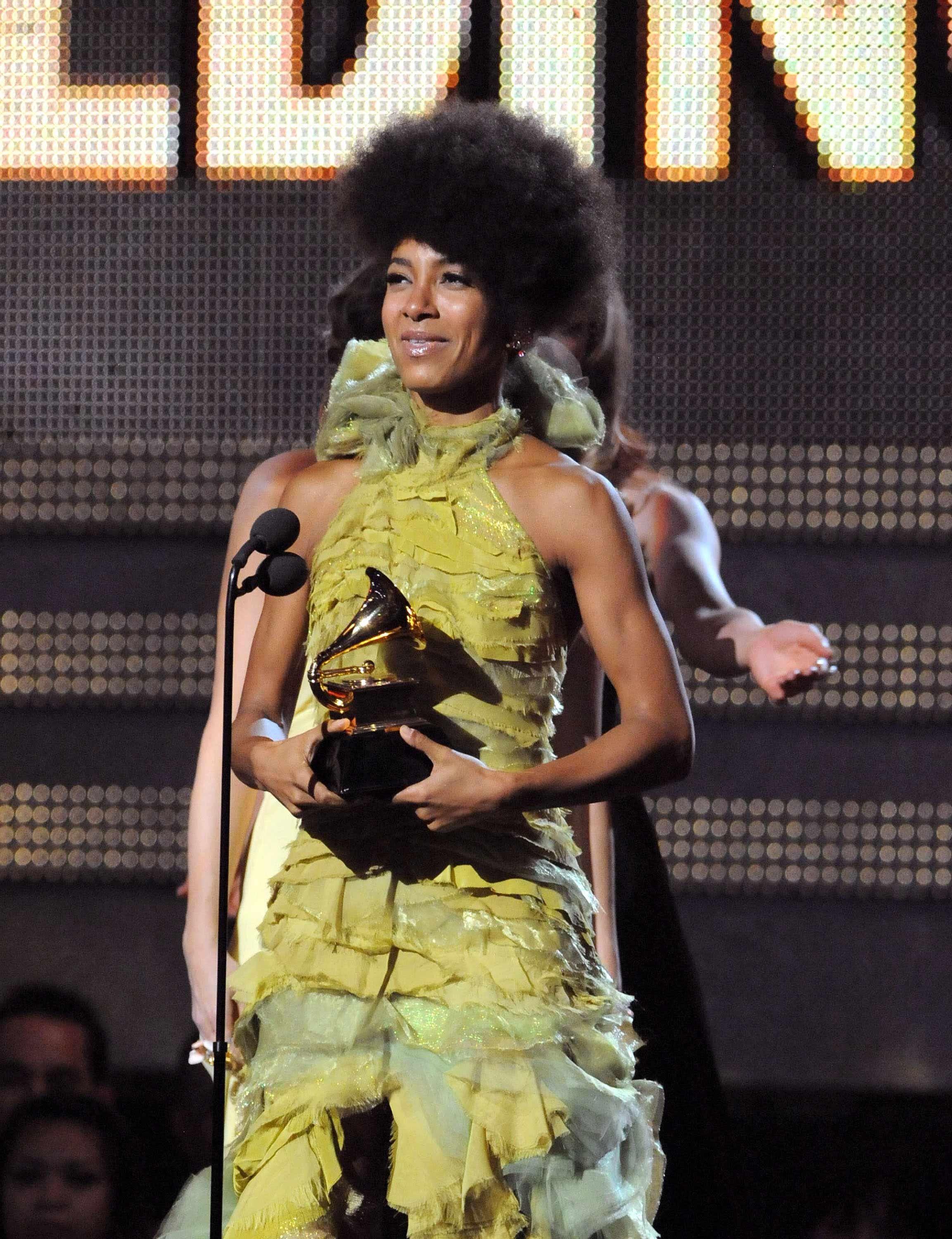 And the GRAMMY for Best New Artist of 2011 does not go to ... Justin Bieber, Drake, Mumford And Sons, or Florence + The Machine! In the night's biggest upset, Esperanza Spalding beat out mainstream heavy-hitters to become the first jazz star to ever win the title. But make no mistake; Spalding's win is not a fluke. She's gone on to win three more trophies since.

Award-winning actor Joaquin Phoenix really throws himself into his work. So when it came time to play Johnny Cash in Walk the Line, Phoenix learned to play guitar and sang the songs himself. While he ultimately lost the Oscar to Phillip Seymour Hoffman's Capote, Phoenix didn't walk away empty-handed: As Walk the Line's featured performer, he earned a GRAMMY in 2006 for Best Compilation Soundtrack.

Carrie Fisher's last book went behind the scenes of the filming of Star Wars.

The Force was with Princess Leia, even in death: Carrie Fisher won a posthumous Best Spoken Word GRAMMY for her memoir, The Princess Diarist.

Scorsese finally won Best Director at the Academy Awards in 2007.

Let this sink in: Martin Scorsese, one of the greatest directors of all time (Taxi Driver, GoodFellas, Raging Bull, The Aviator, and so on) won a GRAMMY before he won an Oscar! After decades in the biz, Scorsese finally won the elusive Oscar for The Departed in 2007. But a year prior, he won a Music Film GRAMMY for his Bob Dylan documentary, No Direction Home.