The wait is over! Your faves are back—plus four new shows join The CW and CBS lineup.

We're finally getting some New Year's resolutions to last year's cliffhangers! That's because The CW's pandemic-delayed "fall" lineup rolls out this month, along with some newbies: Superman & Lois joins the ever-expanding Arrowverse, while Supernatural's Jared Padalecki reimagines a '90s classic in Walker.

Not to be outdone, CBS is also introducing a pair of highly anticipated new series: Clarice Starling returns to the field a year after the events of The Silence of the Lambs in new drama series Clarice, and Queen Latifah stars in a gender-swapped The Equalizer.

Find out when your returning faves—and your next obsessions—premiere with our Winter TV Preview! 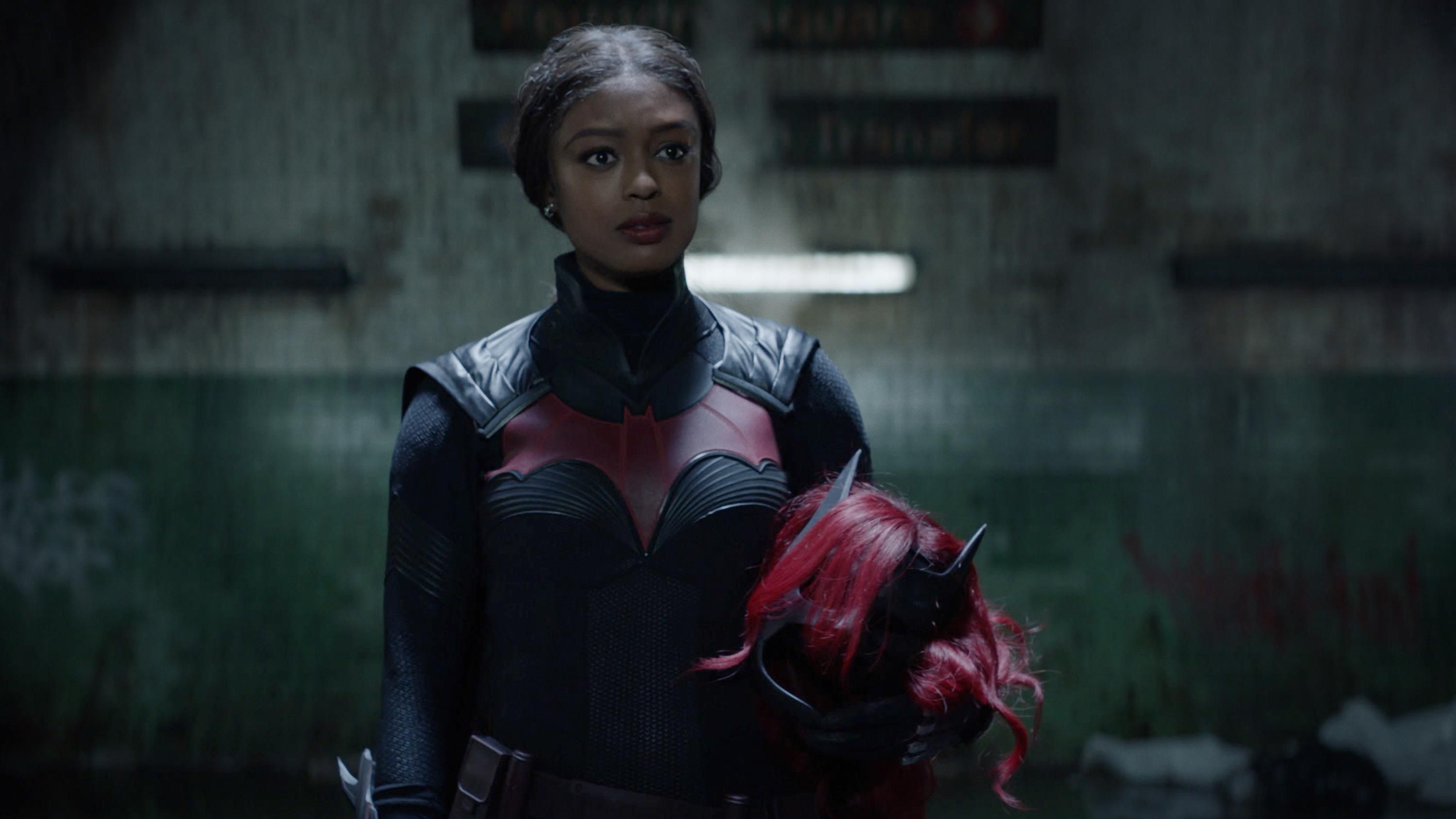 Where we last left off: Mouse (Sam Littlefield) begged Alice (Rachel Skarsten) to give up her vengeful agenda, but Batwoman's twisted sister instead killed her closest confidant. RIP Mouse.

Bruce Wayne (Warren Christie) is back! Only it isn't really the missing billionaire, but Batman-obsessed Tommy Elliot/Hush (Gabriel Mann) in disguise. What will star Ruby Rose's abrupt exit mean for Kate Kane's story and deep ties to Gotham? And a brand new character to the DC Universe, Ryan Wilder, takes up Batwoman's cape and cowl, played by barrier-breaking Black and bisexual actress Javicia Leslie.

A new season of Batwoman premieres Sunday, Jan. 17 at 8/7c on The CW. Stream the next day free only on The CW. 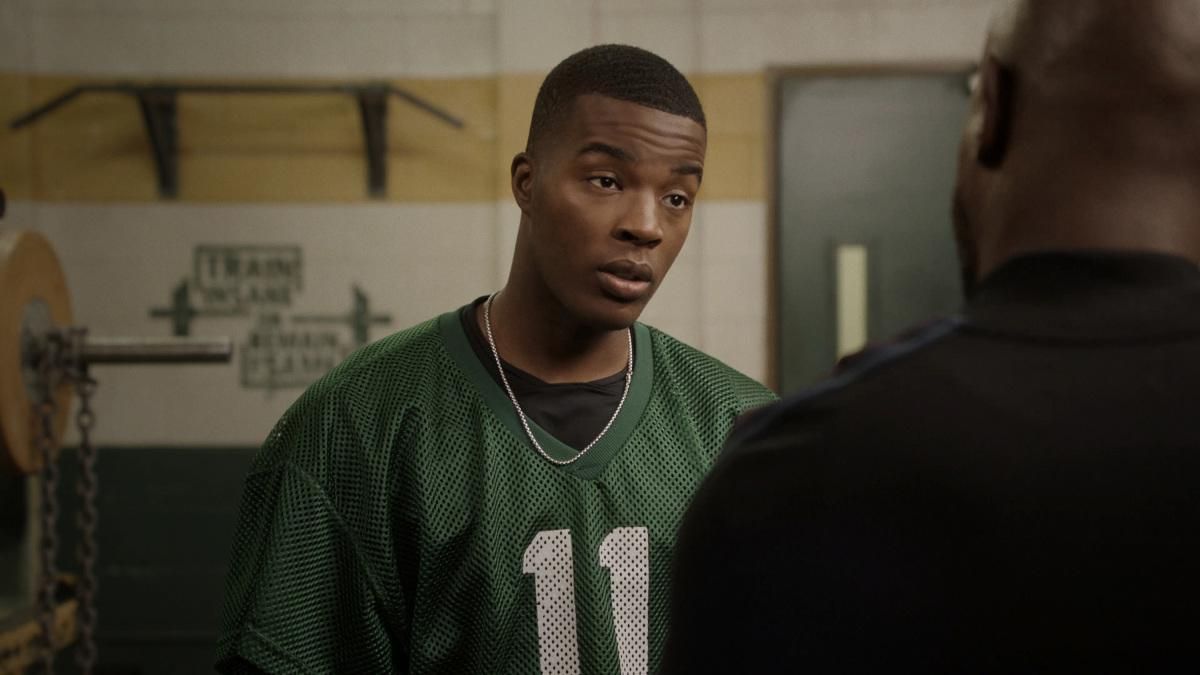 Daniel Ezra as Spencer in All American.

A new season of All American premieres Monday, Jan. 18 at 8/7c on The CW. Stream the next day free only on The CW. 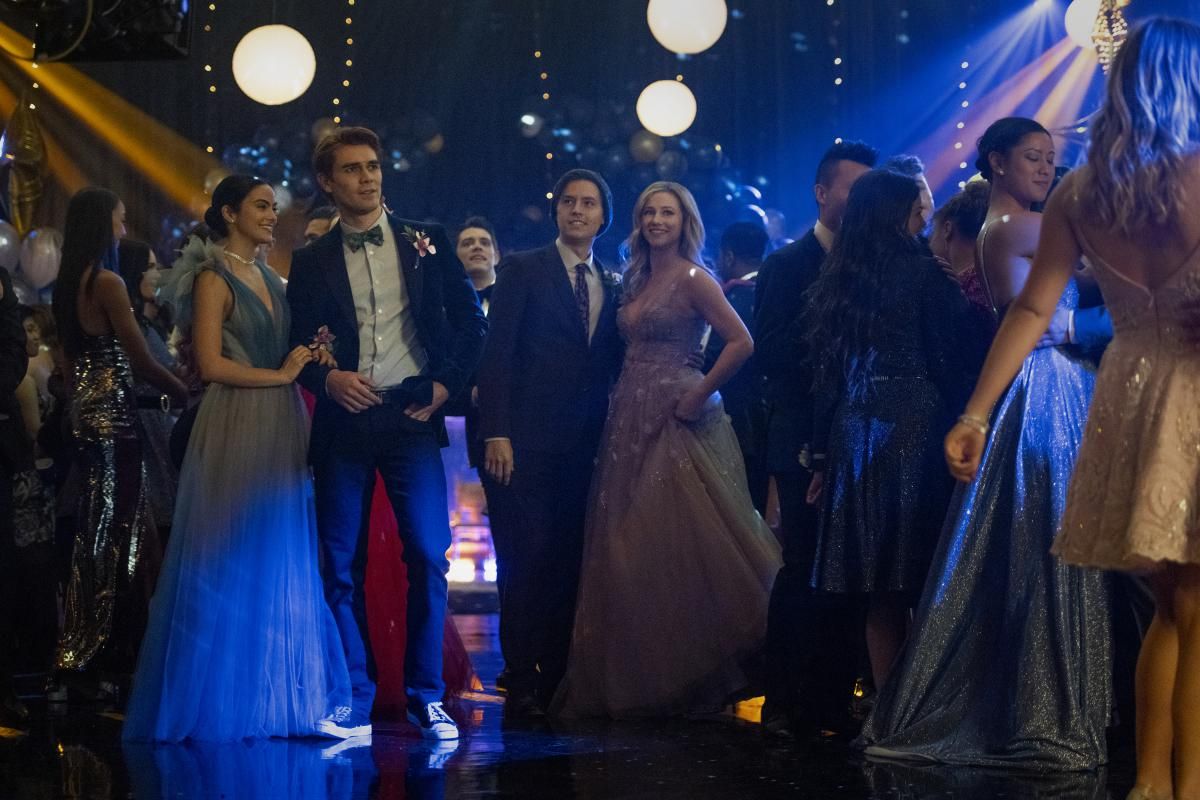 In the Season 4 finale, Mr. Honey (Kerr Smith) canceled prom! But rest assured, we'll see the last dance in the Season 5 premiere. Speaking of Mr. Honey, Jughead (Cole Sprouse) killed off the much maligned principal in a story he submitted to the University of Iowa but revised the ending after Mr. Honey wrote him a glowing recommendation. Archie (KJ Apa) and Betty (Lili Reinhart) kiss but keep their lip-lock a secret from Veronica (Camila Mendes) and Jughead; the childhood friends ended whatever was brewing between them. The perp behind the chilling videotapes remains at large.

A new season of Riverdale premieres Wednesday, Jan. 20 at 8/7c on The CW. Stream the next day free only on The CW. 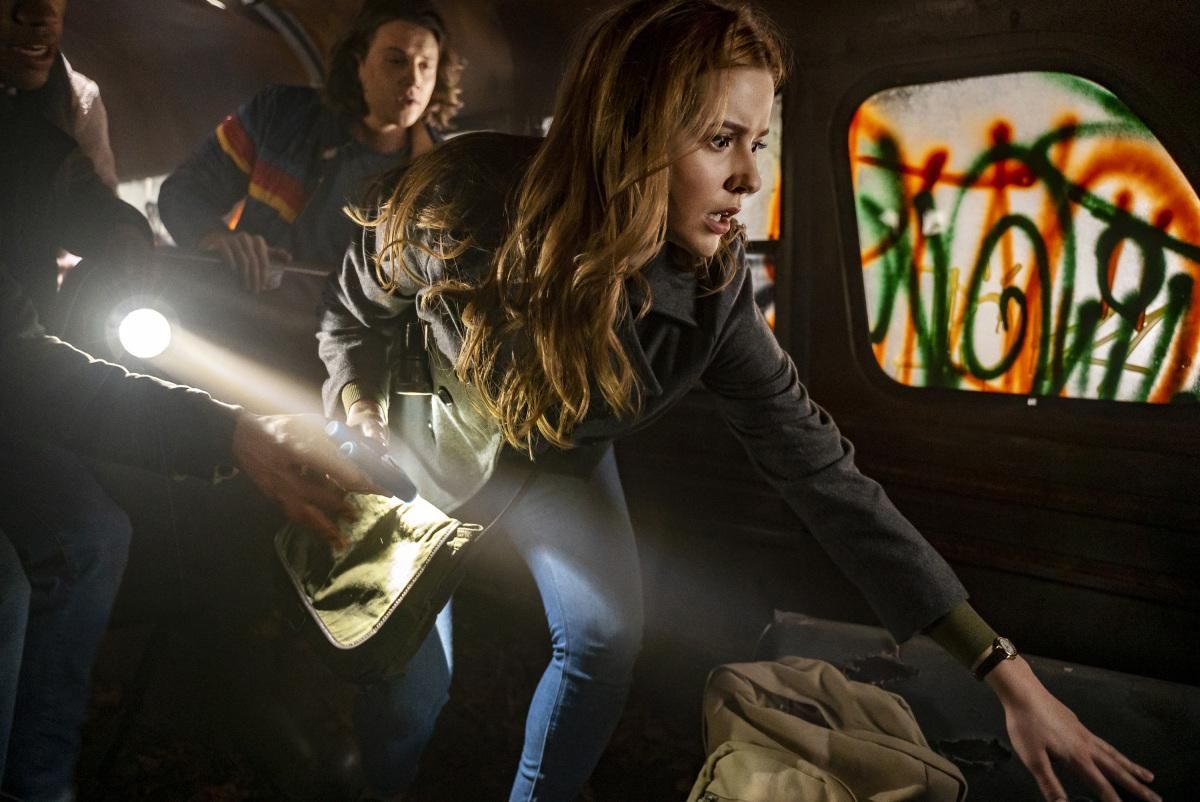 The mystery show ended its freshman season on a deadly note. Nancy Drew (Kennedy McMann) and crew saw their impending fates flash before their eyes, thanks to the Aglaeca curse: Nancy apparently jumps off a Horseshoe Bay cliff (an eerie parallel to mother Lucy's demise); Nick (Tunji Kasim) and George (Leah Lewis) drown; Bess (Maddison Jaizani) ends up in flames; and Ace (Alex Saxon) is hanged.

A new season of Nancy Drew premieres Wednesday, Jan. 20 at 9/8c on The CW. Stream the next day free only on The CW. 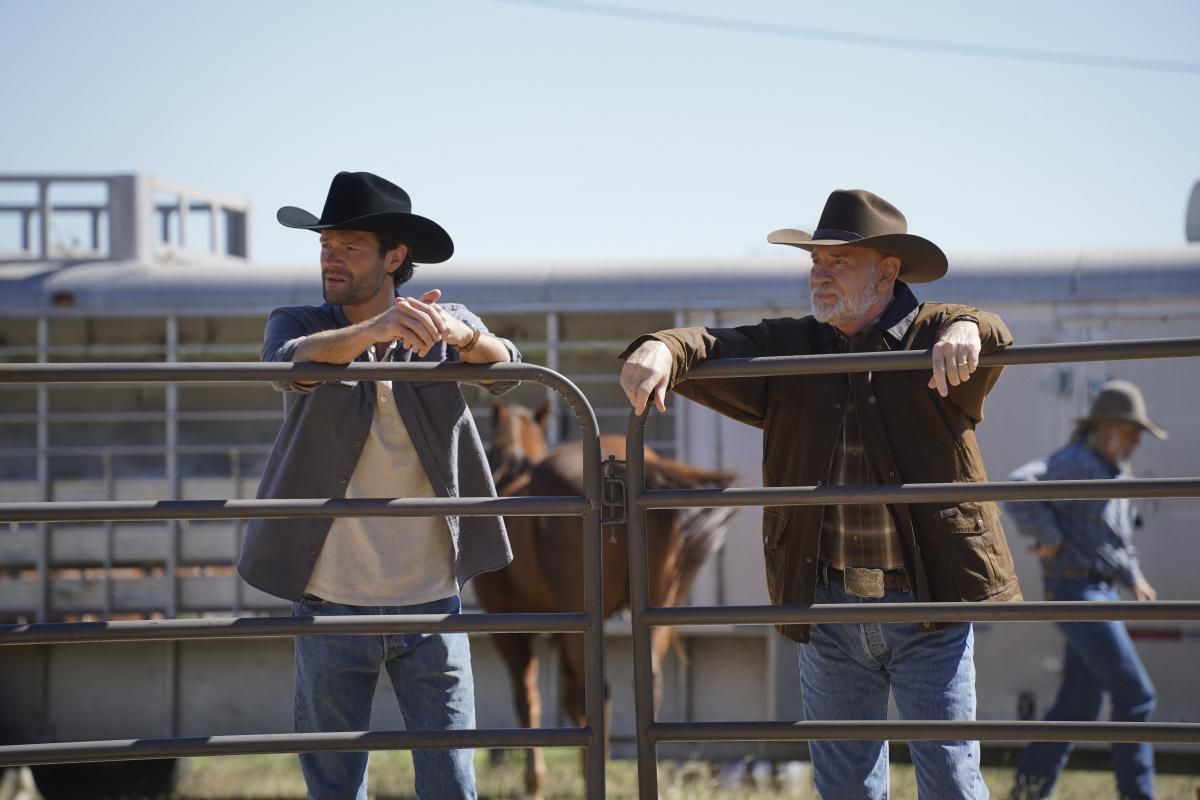 Supernatural's Jared Padalecki trades monster-hunting for crime-fighting in a reimagining of a beloved action-crime series. Texas Ranger Cordell Walker returns to Austin to reconnect with his two kids while digging into the murky circumstances surrounding the death of his wife—played by Jared's real-life spouse, Genevieve Padalecki, in flashbacks! Back in his hometown, he contends with his conservative family and new partner, Micki (The 100's Lindsey Morgan).

The new series Walker premieres Thursday, Jan. 21 at 8/7c on The CW. Stream the next day free only on The CW. 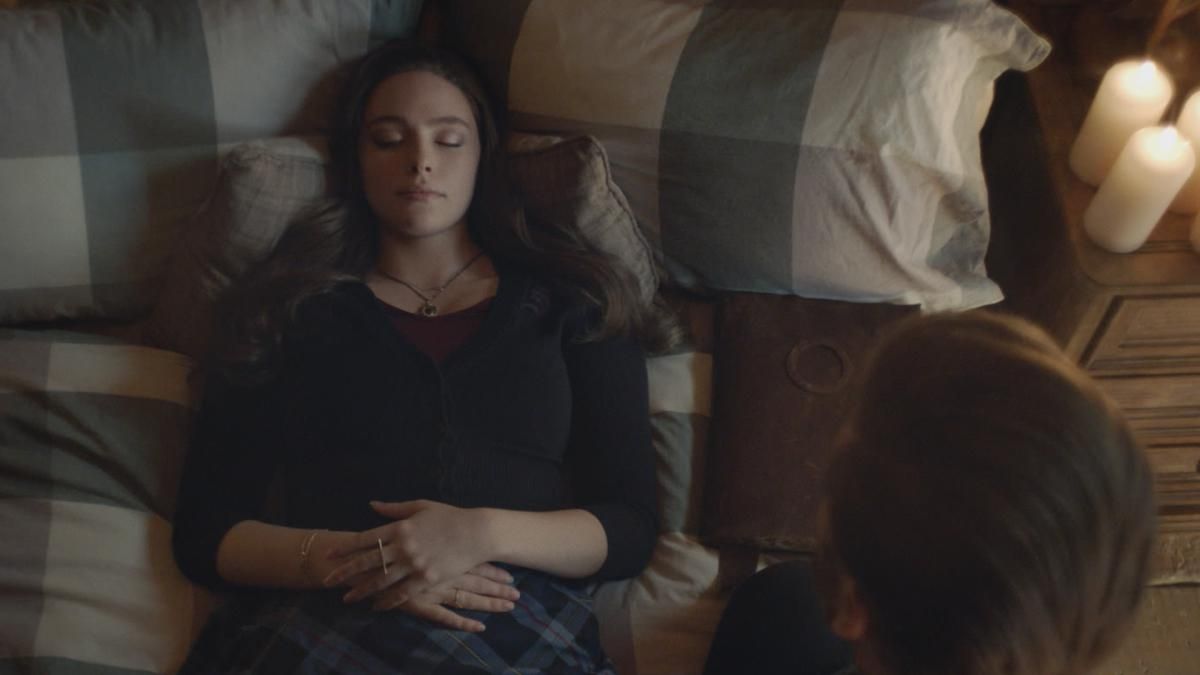 A new season of Legacies premieres Thursday, Jan. 21 at 9/8c on The CW. Stream the next day free only on The CW. 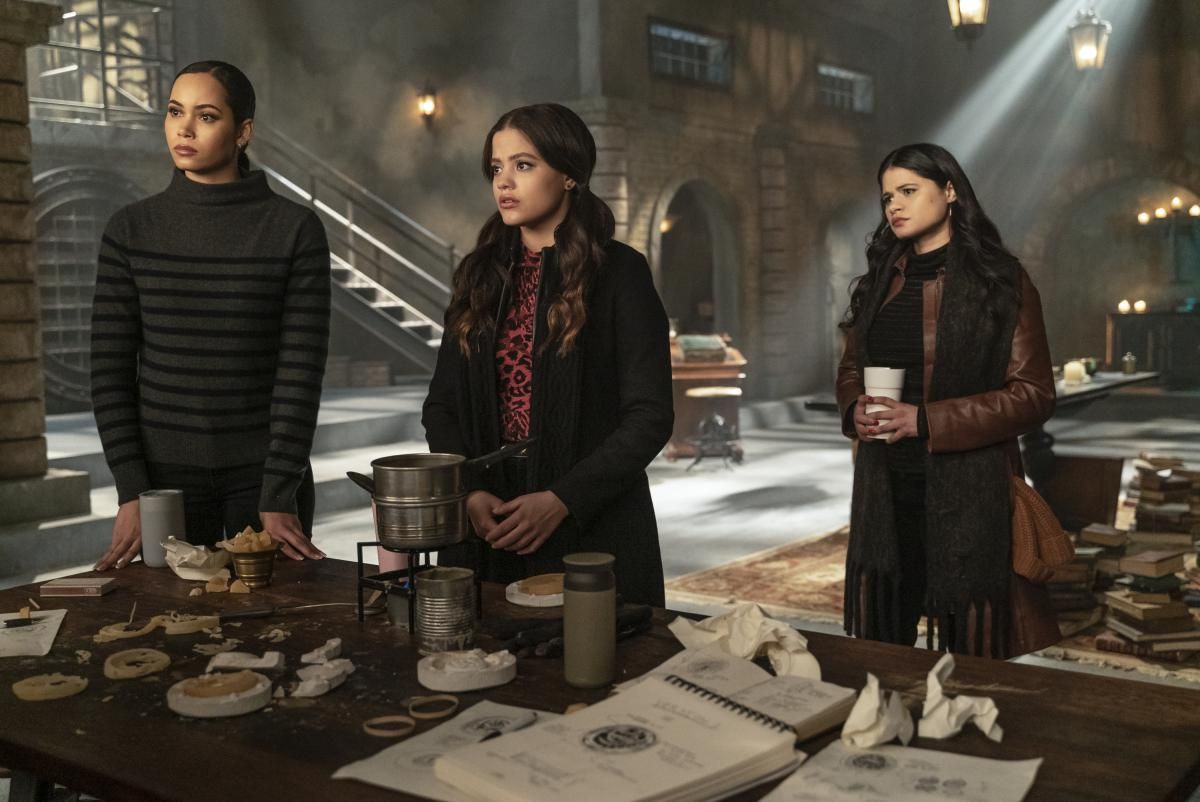 The Charmed Ones: Madeleine Mantock as Macy Vaughn, Sarah Jeffery as Maggie Vera, and Melonie Diaz as Melanie Vera.

Last season, The Charmed Ones (Melonie Diaz, Madeleine Mantock, Sarah Jeffery) battled the Faction—a cabal of humans trying to steal magic for themselves, led by billionaire Julian Shea (Eric Balfour). In the upcoming season, they'll be forced to try and save the magical world from extinction and navigate a mysterious magical allergy that's keeping them apart, all while attempting to reestablish themselves in the real world ... as a scientist, a student, and a teacher.

A new season of Charmed premieres Sunday, Jan. 24 at 9/8c on The CW. Stream the next day free only on The CW.

When it comes to series kickoffs, it doesn't get any bigger than the prized post-Super Bowl slot! Immediately following CBS Sports' broadcast of Super Bowl LV will be the series premiere of The Equalizer, a reimagining of the classic drama starring multi-hyphenate Queen Latifah.

The Oscar nominee plays Robyn McCall, an enigmatic woman with a mysterious past. To most, she's just an average single mom quietly raising her teenage daughter. But to a trusted few, she's The Equalizer—an anonymous guardian angel and defender of the downtrodden, using her extensive skills as a former CIA operative to help those with nowhere else to turn.

The Equalizer premieres Sunday, Feb. 7 at 10/9c (time is approximate after post-game coverage) on CBS and Paramount+. The Equalizer will move to its regular Sunday time period (9/8c) on Feb. 14. 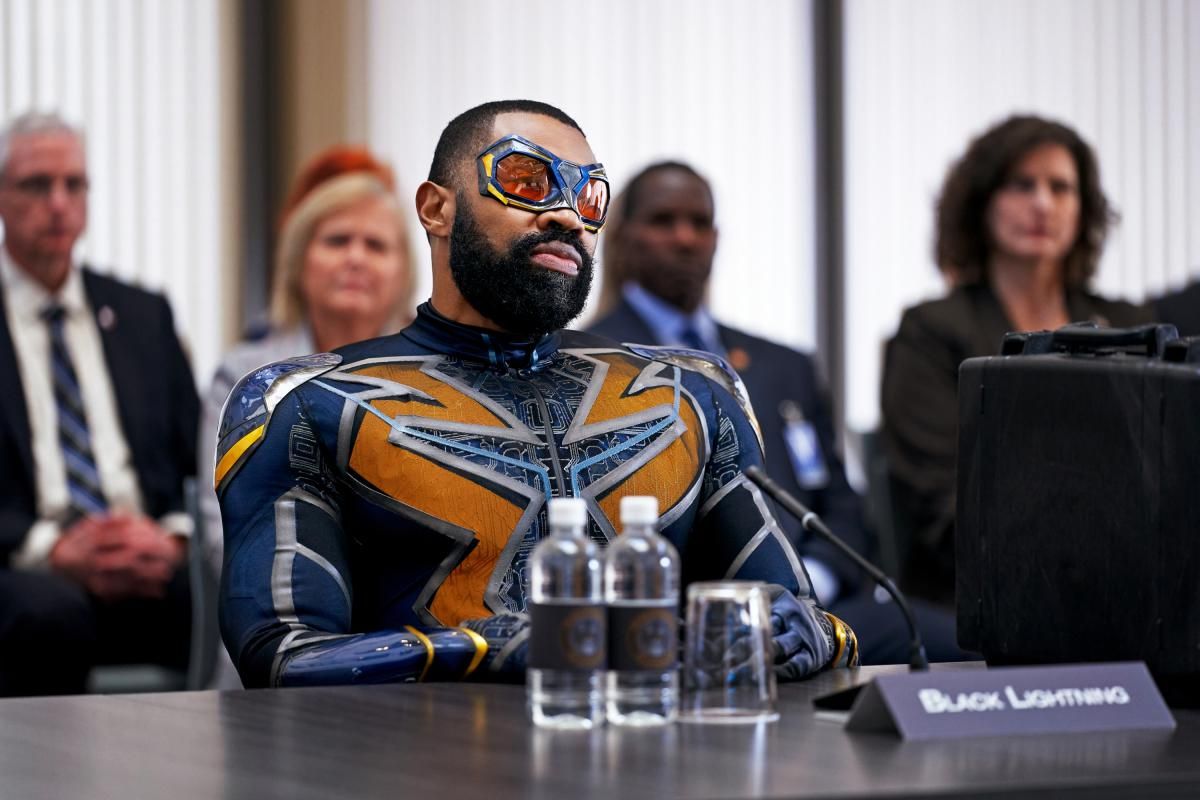 Season 3 wrapped up the Markovian story arc but not without a price. Chief Bill Henderson (Damon Gupton) died while protecting his best friend. Black Lightning (Cress Williams) and Gravedigger (Wayne Brady) squared off in The Pit, which ultimately self-destructed. The superhero family headed to Gotham City for a congressional hearing to testify about the ASA's illegal experimentation on the people of Freeland. Glimmer-addicted Lynn (Christine Andrews) continues to pop the drug. And Gravedigger survived the blast—so watch out, Pierces!

A new season of Black Lightning premieres Monday, Feb. 8 at 9/8c on The CW. Stream the next day free only on The CW. 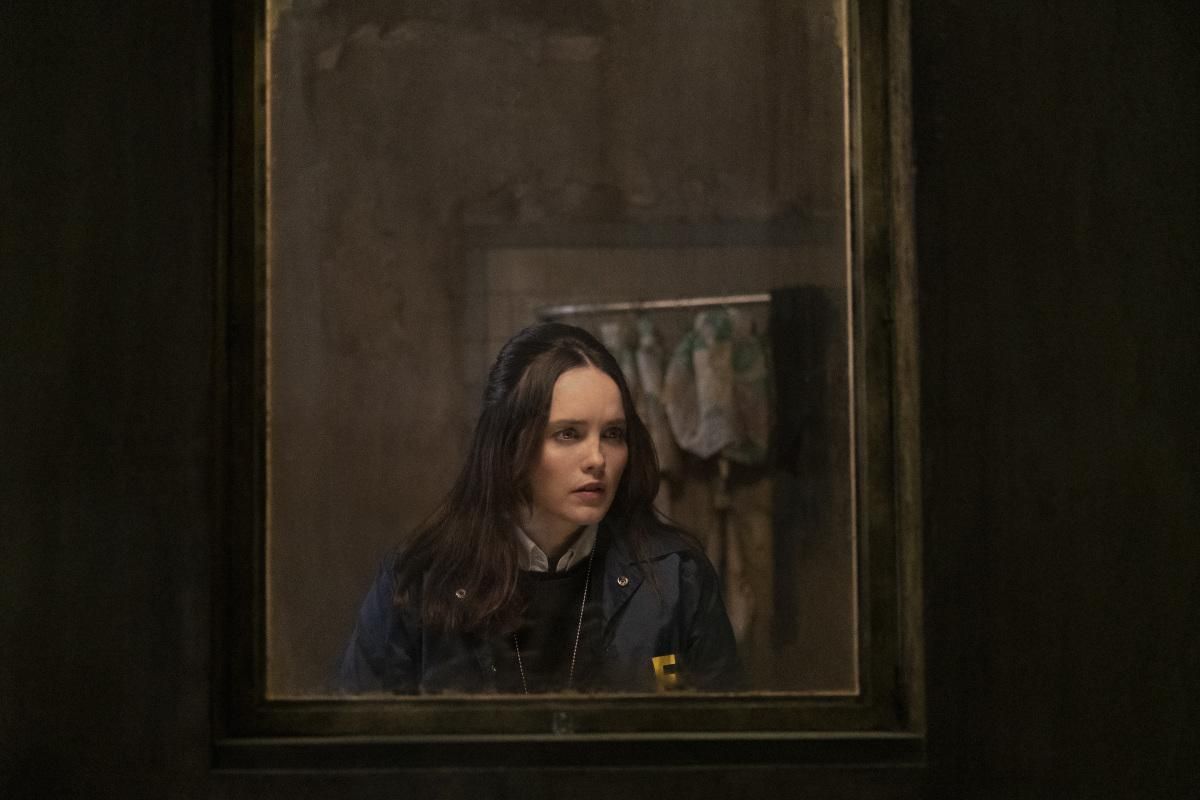 Hello, Clarice! Rebecca Breeds takes on the title role of this highly anticipated new drama—a deep dive into the untold personal story of FBI Agent Clarice Starling as she returns to the field in the year 1993. Brilliant and brave, complex and vulnerable, Clarice somehow manages to attract monsters and madmen to her.

Can she overcome a challenging childhood and find her voice while working in a man's world, as well as escape the family secrets that have haunted her all her life?

The new series Clarice premieres Thursday, Feb. 11 at 10/9c on CBS and Paramount+. 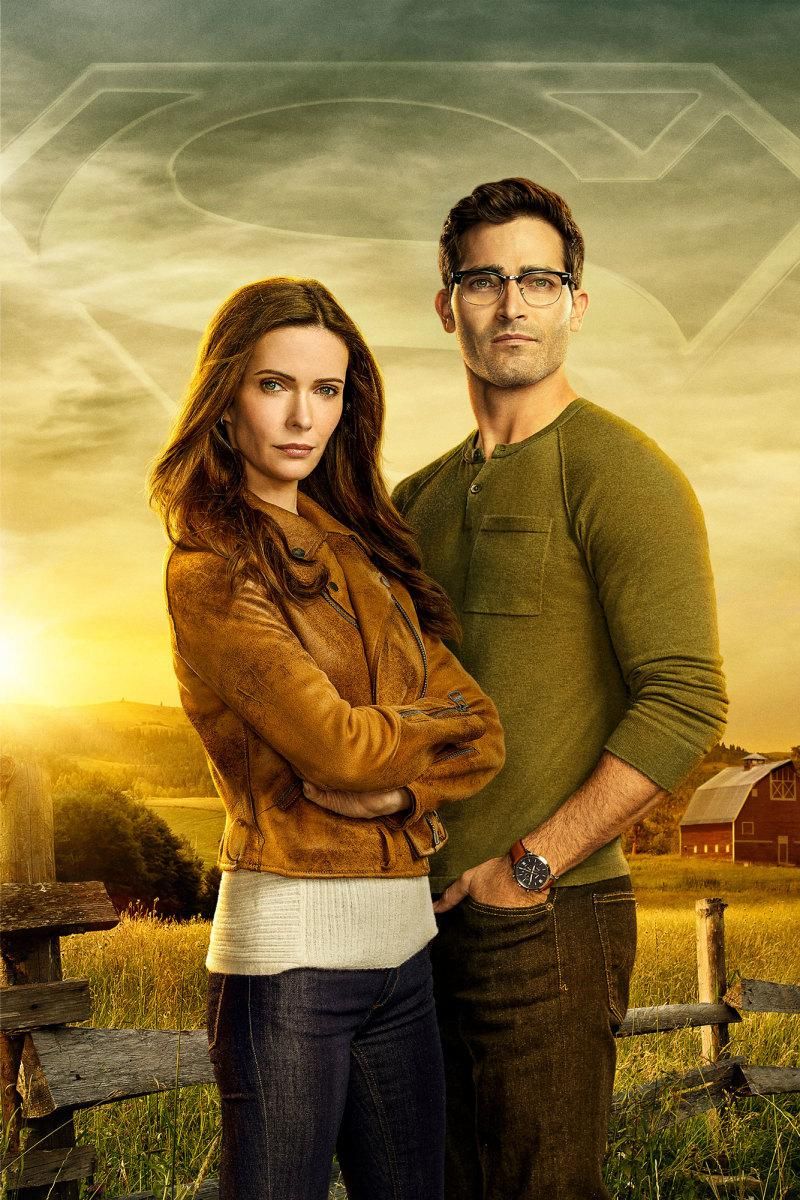 Working parents are already superheroes, but what happens when Dad actually is one? Metropolis lovebirds Clark Kent (Tyler Hoechlin) and Lois Lane (Bitsie Tulloch) face their toughest challenge yet: raising teenage sons (Jordan Elsass and Alex Garfin) in Smallville. As if that wasn't enough, a mysterious visitor named The Stranger (Wolé Parks) arrives, bent on proving that the world no longer needs Superman.

The new series Superman & Lois premieres with a two-hour premiere event on Tuesday, Feb. 23 at 8/7c on The CW. Stream the next day free only on The CW. 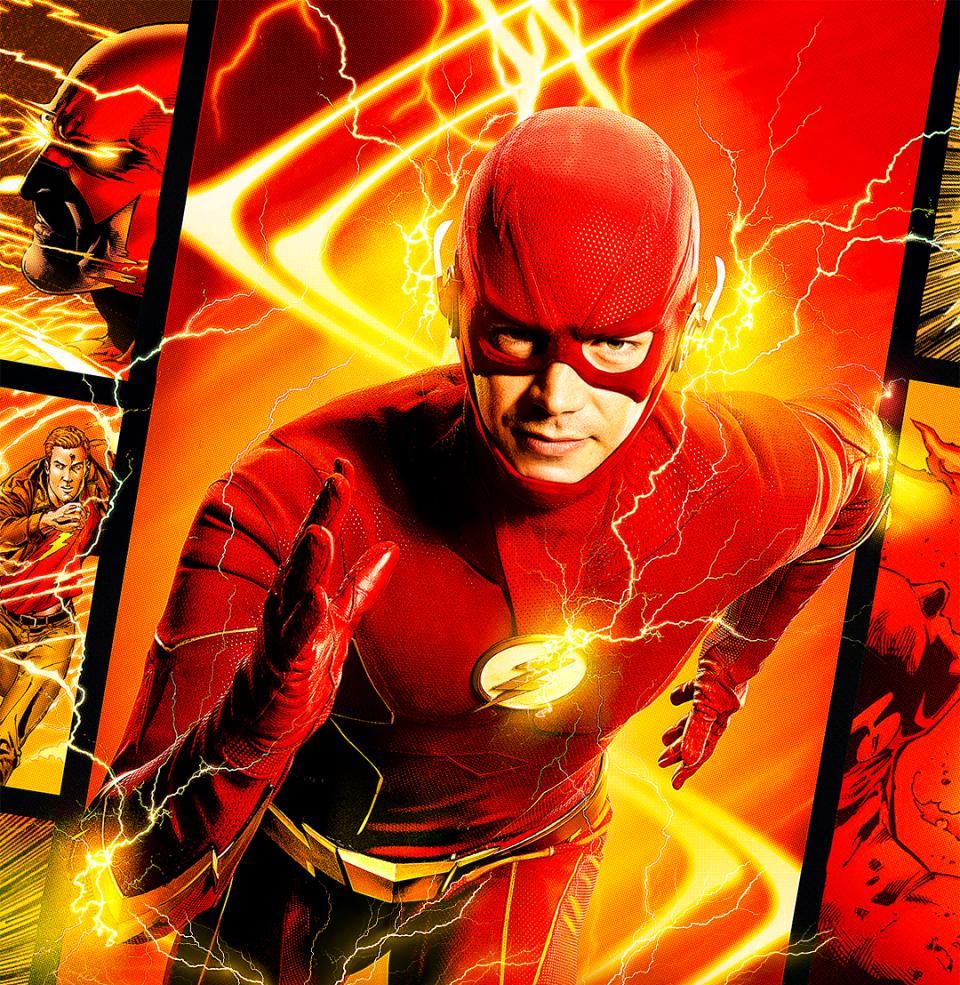 Grant Gustin stars in The Flash.

Where we left off: Iris (Candice Patton) remains MIA in the Mirrorverse, and a powerless Barry (Grant Gustin) is still running on empty, while Mirror Master Eva (Efrat Dor) frames Sue Dearbon (Natalie Dreyfuss) for her husband's murder.

A new season of The Flash premieres Tuesday, March 2 at 8/7c on The CW. Stream the next day free only on The CW.

Behind the Music is Back! Listen to the Ultimate Playlist of Featured Artists