From left to right: Tichina Arnold and Cedric the Entertainer, Queen Latifah, and Daniel Ezra.

Watch recognizes Black excellence on CBS and The CW.

Good shows make us laugh or cry; great shows make us think long after the end credits roll. To borrow from the title of The Neighborhood's Season 1 ender: "Welcome to the Conversation." 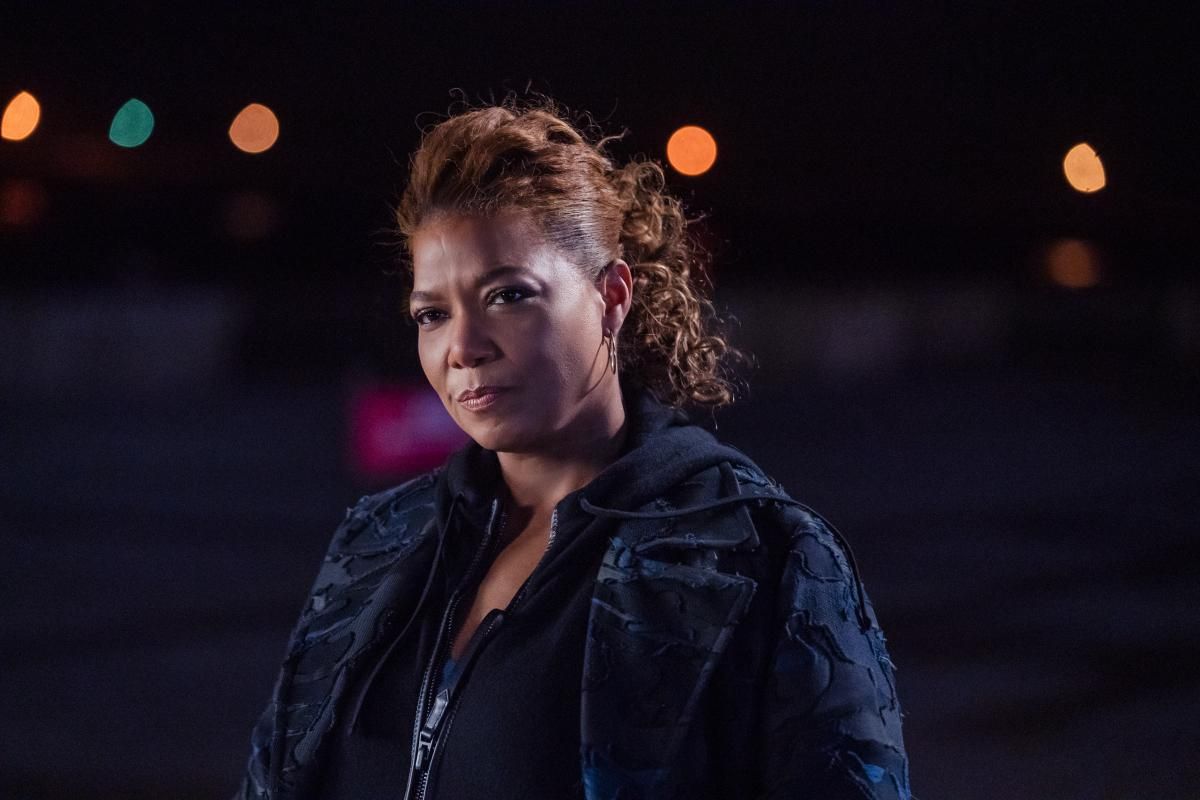 In The Equalizer, Queen Latifah plays a problem-solving vigilante for ordinary folks out of options. But IRL, Queen Latifah was throwing out lifelines long before she was Robyn McCall. The pioneering MC paved the way for female rappers like Nicki, Cardi, Megan, and more.

Her Living Single alter ego "Khadijah" empowered an entire generation of women. And she's entertained us for decades on the big screen in films like Girls Trip, Set It Off, and Chicago (which earned her an Oscar nomination). All hail the Queen!

The Equalizer premieres Sunday, Feb. 7 at 10/9c on CBS and CBS All Access, immediately after CBS Sports' broadcast of Super Bowl LV.

The Equalizer will move to its regular Sunday time period (8/7c) on Feb. 14.

Tichina Arnold and Cedric the Entertainer (The Neighborhood) 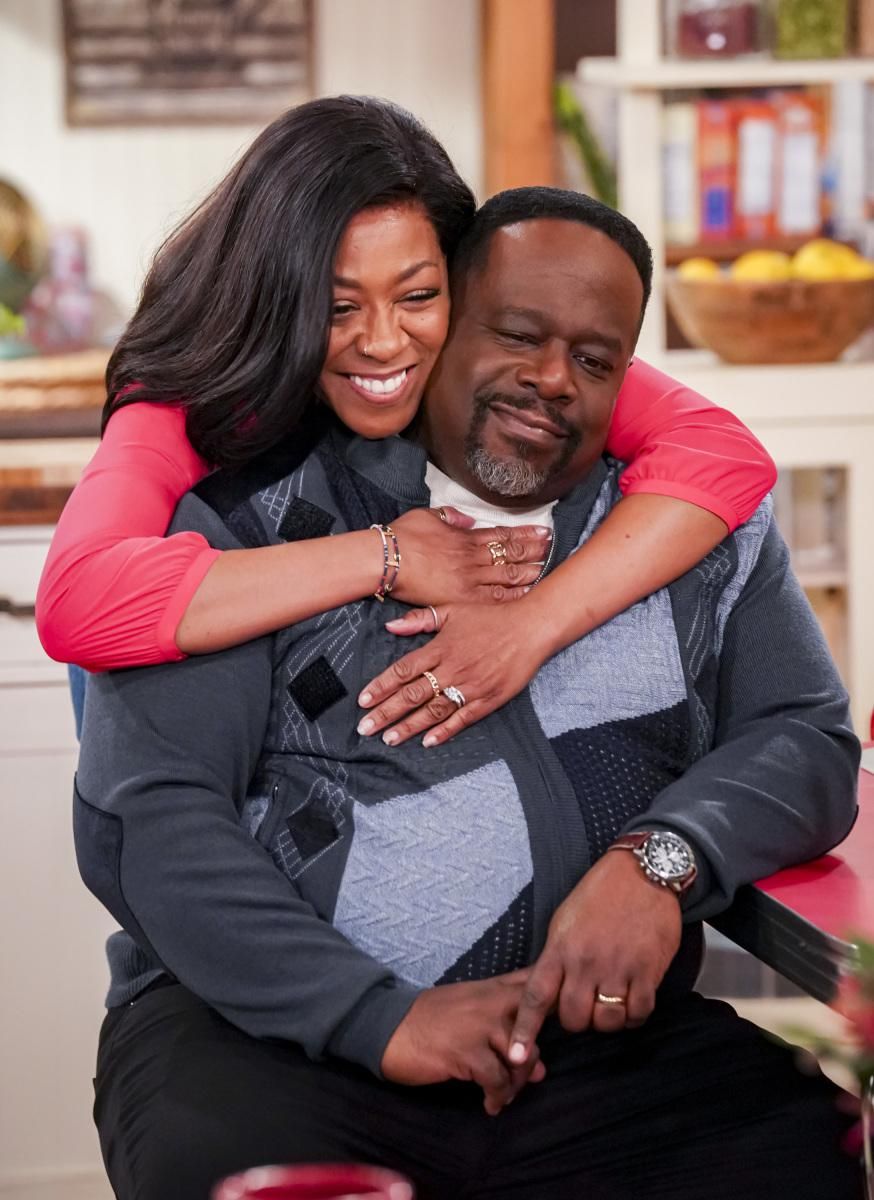 Tichina Arnold (Tina Butler) and Cedric the Entertainer (Calvin Butler) in The Neighborhood.

From Martin to Everybody Hates Chris, actress Tichina Arnold has played a pivotal role (onscreen and off) in bringing the authentic Black experience to mainstream TV. "I'm grateful that I can be a part of a body of work that understands me as a Black woman in America and that actually displays me as a Black woman in America," she recently told Watch. Her latest hit CBS sitcom, The Neighborhood—co-starring and produced by Cedric the Entertainer—isn't afraid to tackle timely issues or start challenging conversations, like the Black Lives Matter-centric Season 3 opener, "Welcome to the Movement."

Cedric was one of The Original Kings of Comedy (along with D.L. Hughley, Steve Harvey, and the late Bernie Mac) and inspired the next generation of Black entertainers. "Kevin Hart definitely was like, 'I love Kings. I love y'all. I watched y'all and was like, that's it," Cedric told Complex.

The Neighborhood airs on Mondays at 8/7c on CBS and streams on CBS All Access. 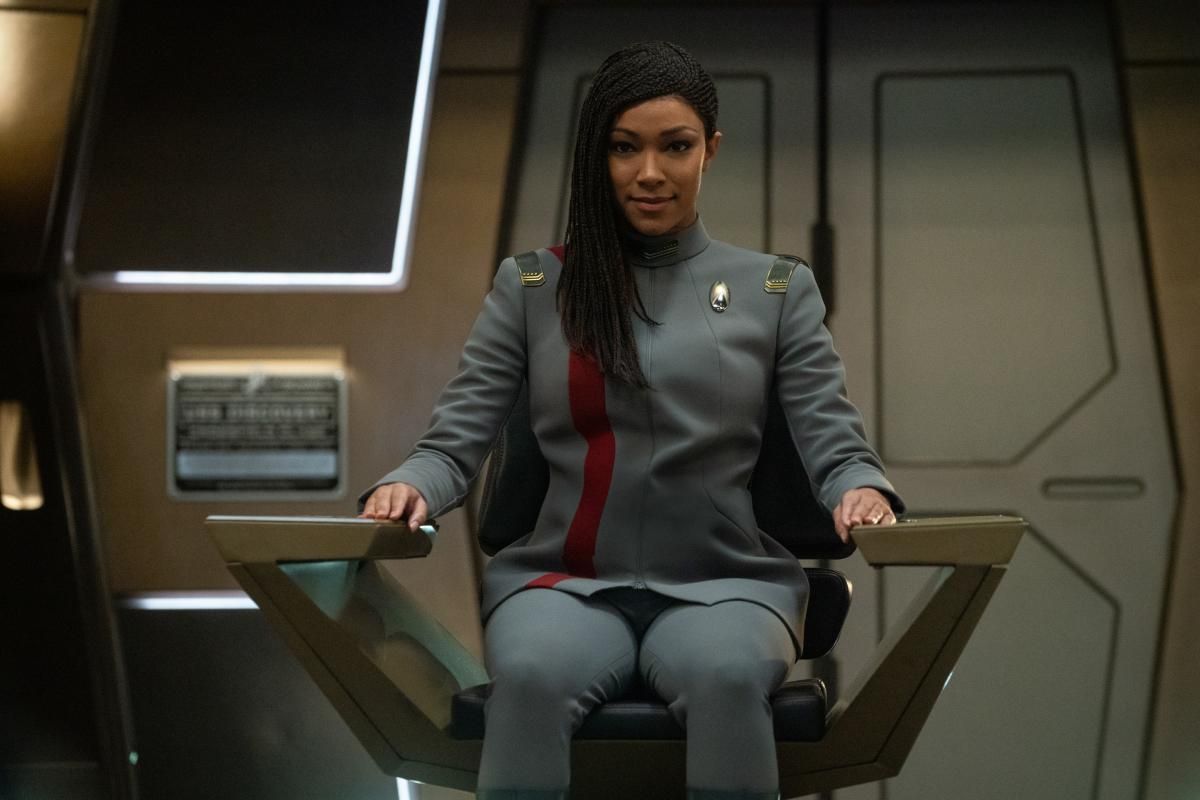 Star Trek has been boldly blazing trails for over 50 years now, and as Commander Michael Burnham on Star Trek: Discovery, actress Sonequa Martin-Green made history. "Being the first Black female lead of a StarTrek show. I don't know if I can put it into words how honored I am and how blessed I am to be in this position at a time such as this," she told Watch. 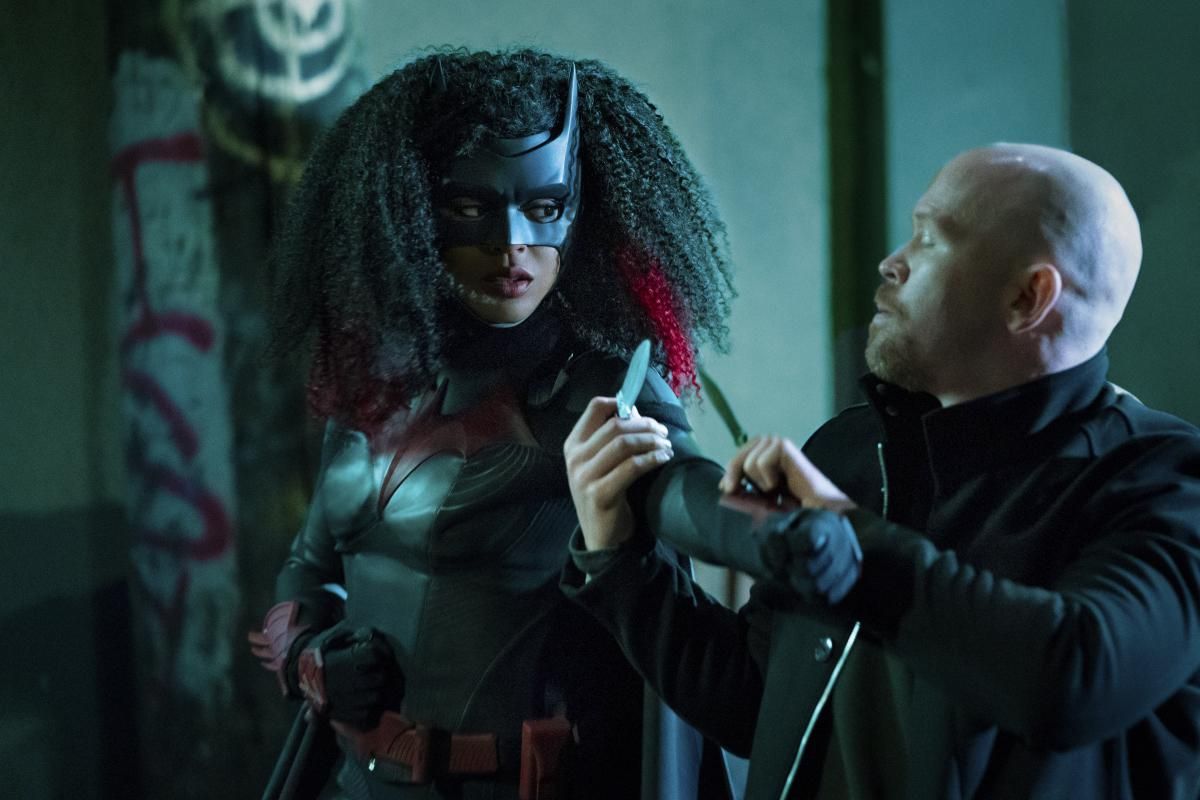 Javicia Leslie as Batwoman and Alex Morf as Victor Zsasz in The CW's Batwoman.

When the new season of Batwoman premiered in January, there was a new barrier-breaking badass in Gotham—Javicia Leslie, who took over the cape and cowl from Ruby Rose. The weight of the role certainly isn't lost on her. "To know that this role represents so many people who have felt underrepresented, that has dawned on me," she told Watch. "I don't look at it as a weight; I look at it as a blessing—so I'm really excited to be able to be a part of this story that's being told." She adds: "I have this belief that if you see it, you can be it." Leslie, who identifies as bisexual, also marveled at joining "this groundbreaking show which has been such a trailblazer for the LGBTQ+ community."

Batwoman airs Sundays at 8/7c on The CW. Stream next day free only on The CW.

The Cast of Bob ♥️Abishola 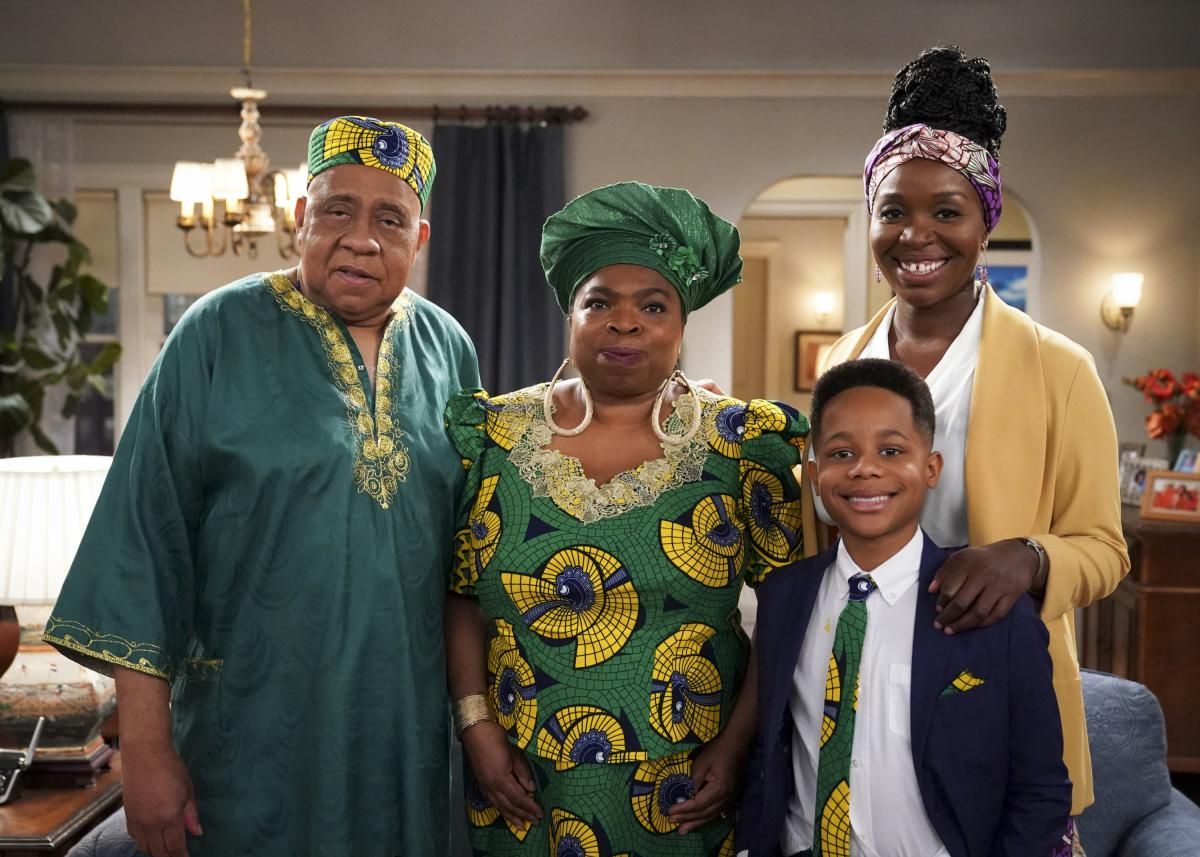 When Hollywood agents encouraged Folake Olowofoyeku to change her name, she refused. And now she is a household name, thanks to her starring turn as a no-nonsense nurse being wooed by a sock salesman (Billy Gardell). Bob ♥️Abishola is a revolutionary rom-com that features a Nigerian family, a first for an American sitcom on a major network.

Shemar Moore has called CBS home for decades. The Emmy winner kicked off his career as Malcolm Winters on The Young and the Restless and played fan-favorite Derek Morgan on Criminal Minds.

The hunky actor now stars as Hondo on S.W.A.T., patrolling the L.A. streets as a trained member of the Special Weapons and Tactics police unit. Offscreen, Moore is doing his part to find a cure for multiple sclerosis through his clothing brand, Baby Girl (a nod to his Criminal Minds catchphrase), with proceeds funding MS research.

S.W.A.T. airs Wednesdays at 10/9c on CBS and streams CBS All Access.

The Cast of Black Lightning 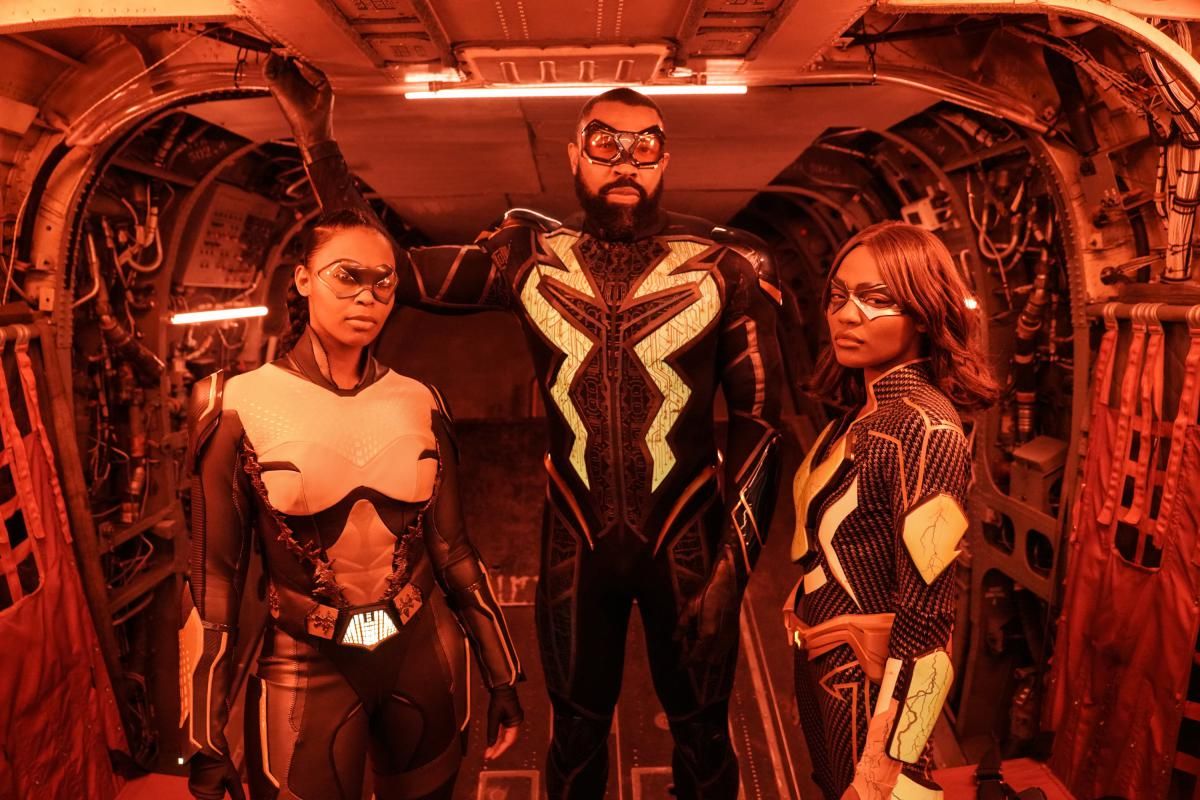 DC Comics' first Black superhero, Black Lightning, is also the first "Arrowverse" series on The CW with a predominantly Black cast led by Cress Williams. Its superhero storylines are rooted in a real-life community dealing with real-life issues like police brutality, poverty, and gun violence.

Season 4 of Black Lightning premieres Monday, Feb. 8, at 9/8c on The CW. Stream next day free only on The CW. 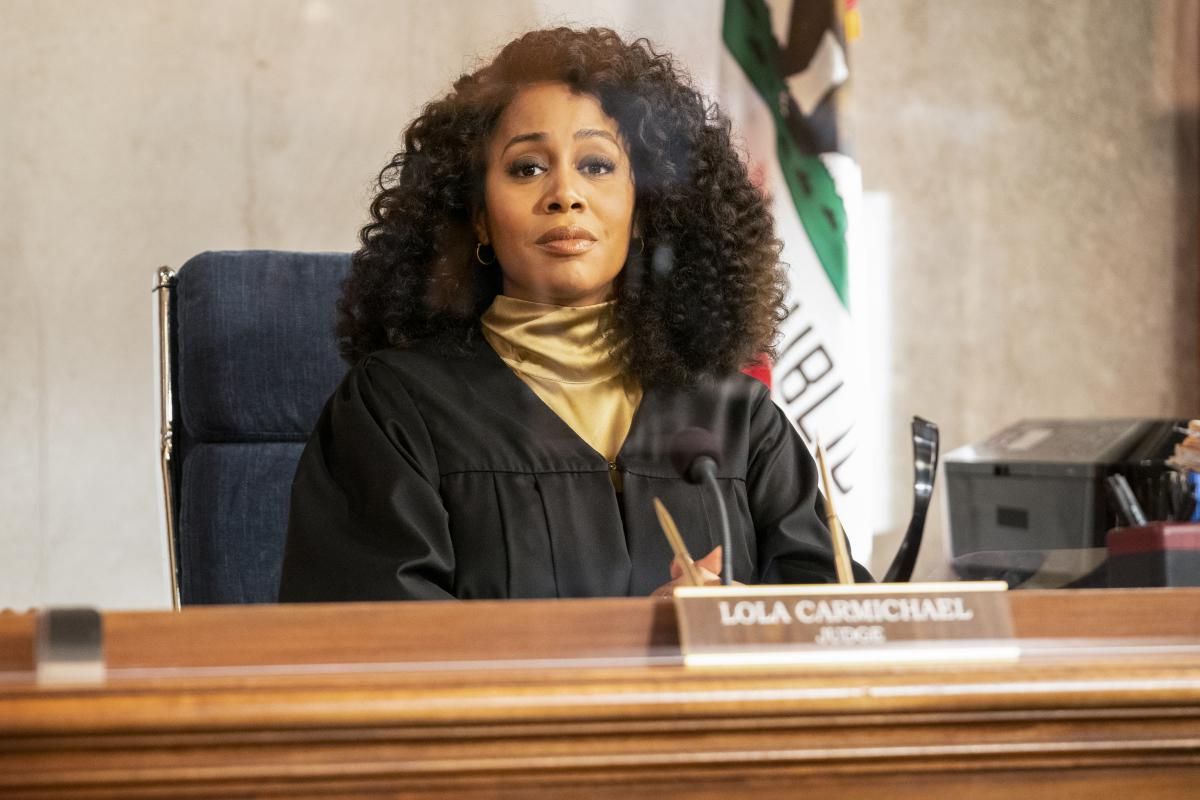 Simone Missick plays complicated, razor-sharp, fast-talking (and sometimes messy) Judge Lola Carmichael on All Rise. "We have never seen a Black woman on TV like this, and I relish being able to do it," she told Watch.

All Rise airs Mondays at 9/8c on CBS and streams on CBS All Access. 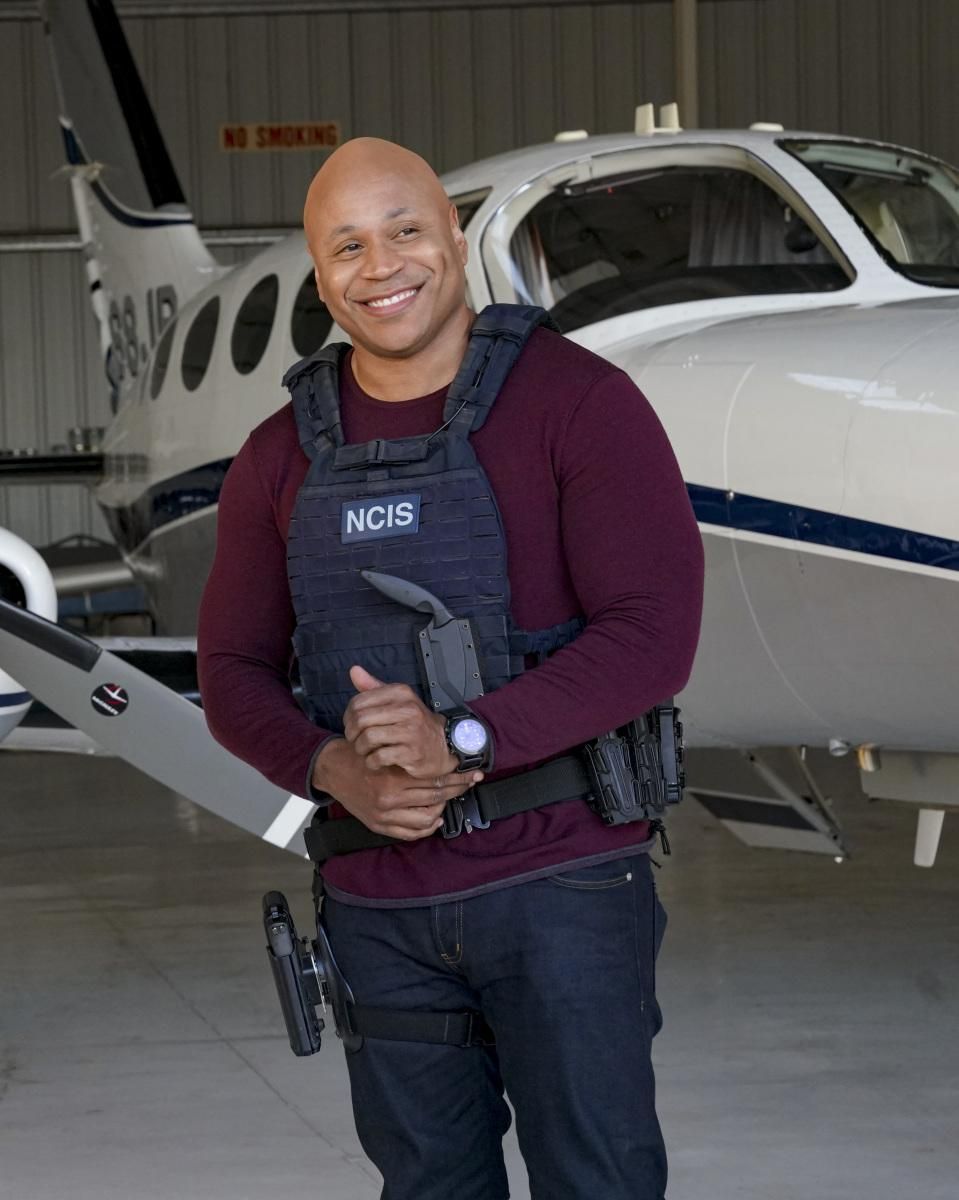 NCIS: Los Angeles fans know and love LL COOL J as Sam Hanna. But in 2017, the hip-hop legend and two-time GRAMMY winner made history as the first rapper to receive the prestigious Kennedy Center Honor, which celebrates a recipient's lifetime contribution to the arts. 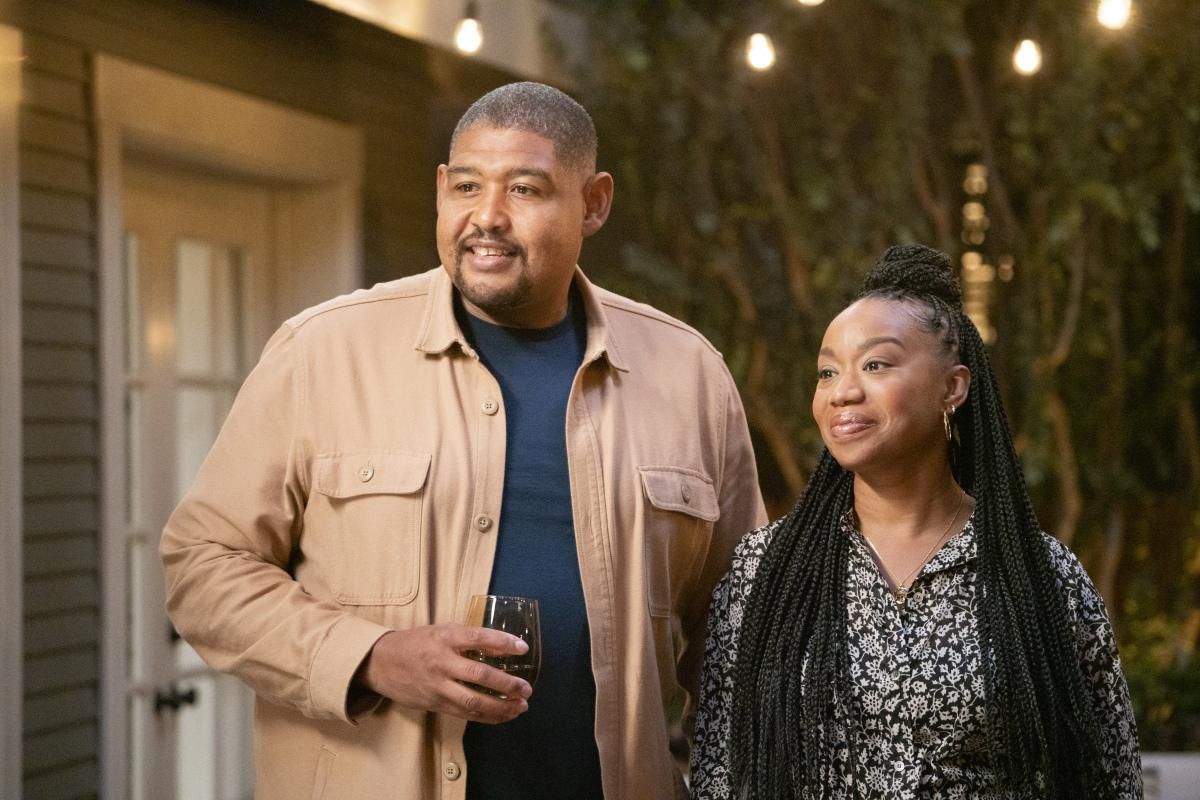 Omar Miller as Ben and Maya Lynne Robinson as Michelle.

Ben (Omar Miller) and Michelle (Maya Lynne Robinson) are one of our favorite TV couples: They're supportive friends to widowed buddy Wade (Walton Goggins), they make a great team when it comes to parenting four kids, they occasionally (but hilariously) troll each other, but they are still madly in love.

Which is why we loved how The Unicorn put Ben and Michelle front and center in a recent episode titled "It's the Thought That Counts." After Forrest (Rob Corddry) gifts Noah a blue squirt gun, Ben and Michelle quickly take it away, and the group engages in a frank discussion about racial injustice. "It's not about the color of the gun," Ben schools Forrest, "but the color of my son."

The Unicorn airs Thursdays at 9:30/8:30c on CBS and streams on CBS All Access.

Daniel Ezra as Spencer in All American.

All American airs Mondays at 8/7c on The CW. Stream next day free only on The CW. 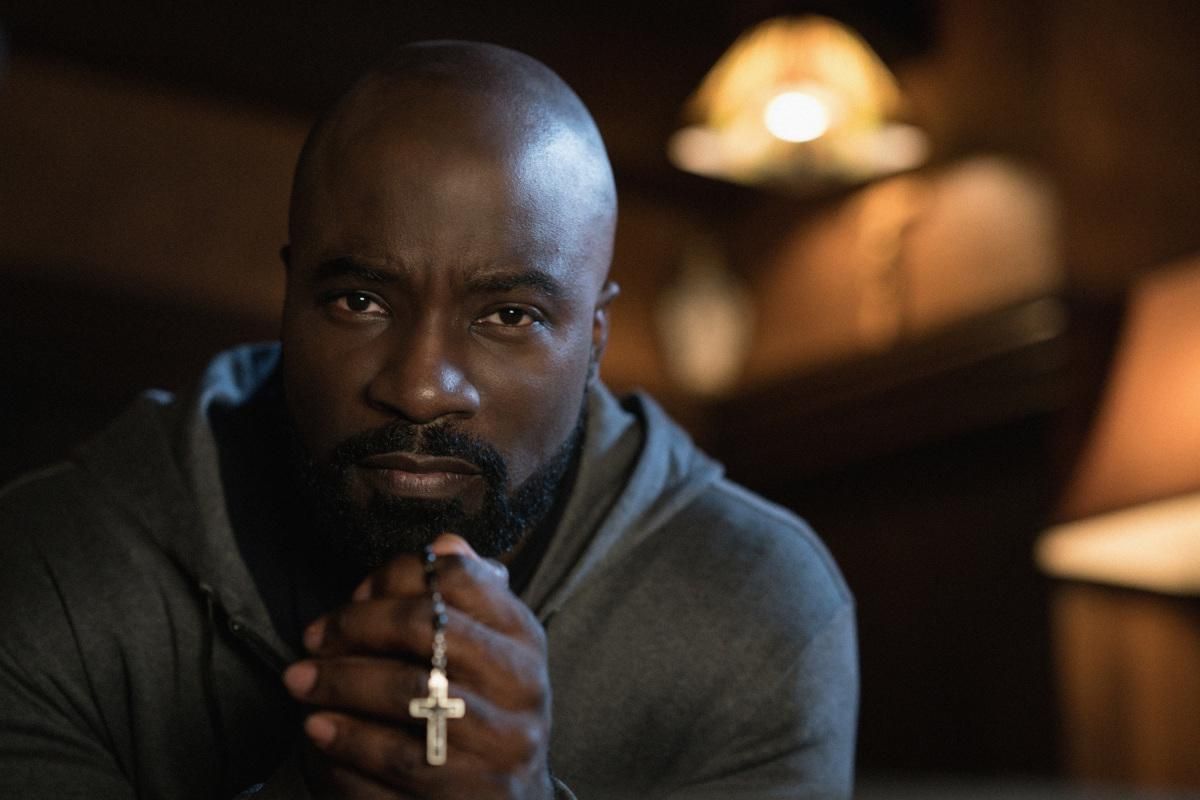 Demons and possessions and hauntings, oh my! CBS' scary-good series Evil stars Mike Colter as a priest-in-training investigating paranormal cases. Colter, who last broke ground as Netflix's Luke Cage, gives such a nuanced performance, he makes a believer out of the most ardent supernatural skeptics.

Evil returns for Season 2 on CBS. Catch up now on CBS All Access and Netflix.

To NCIS: New Orleans diehards, she's medical examiner Dr. Loretta Wade. But legendary actress CCH Pounder has always been praised by critics and fans alike for her powerful performances on the big and small screens. She's a four-time Emmy nominee—for iconic series ER, The X-Files, The No. 1 Ladies' Detective Agency, and The Shield—and will reprise her role in James Cameron's Avatar sequels.

Bet you didn't know she was also nominated for a GRAMMY (for Best Spoken Word Album)! CCH Pounder is a longtime advocate for the arts; a fraction of her vast collection of sculpture, paintings, photos and installations was featured in Queen: An Exhibition.

NCIS: New Orleans airs Sundays at 10/9c on CBS and streams on CBS All Access.

Jordan Peele as The Narrator of the CBS All Access series The Twilight Zone.

Jordan Peele is a master of creating socially relevant art. He won an Oscar for writing Get Out and an Emmy for his satirical sketch series, Key and Peele. By reimagining The Twilight Zone—for which he also serves as The Narrator—Peele continues to push boundaries by tackling red-button issues head-on.

Take first-season standout, "Replay," which starred Sanaa Lathan as a mother harassed by a racist state trooper while taking her son (Damson Idris) to college.

Stream The Twilight Zone and Key and Peele on CBS All Access.

Halle Berry is the first African-American woman to win Best Actress at the Oscars. She also brought her star power to the small-screen as astronaut Molly Woods in Steven Spielberg's summer event series, Extant. "I think it's really important that we keep forging ahead," she told Deadline at the time. "Being women of color, not necessarily letting our color precede us but just search out strong, character-driven, complicated roles that we can play. We no longer have to be in the background or be the sidekicks."

Seasons 1 and 2 of Extant are available to stream on CBS All Access.