We'd hit the links with this handsome lad any day! Chris O'Donnell from CBS' crime drama series NCIS: Los Angeles shows off his golf swing in this exclusive photo pictorial.

Since first playing Special Agent "G" Callen in 2009, Chris O'Donnell has wowed fans with his character's undercover transformations on NCIS: Los Angeles. When not infiltrating the criminal underworld to protect national interests, Chris O'Donnell tees up with his favorite clubs (and cool golf clothes from his brother's company, Johnnie-O) for a Watch photo and cover shoot.

Photographer David Needleman captured the CBS star for our May-June 2018 issue on location at The Resort at Pelican Hill. Check out these playful photos—including web-exclusive bonus images—plus learn fun facts and interview tidbits about Chris O'Donnell.

Watch NCIS: Los Angeles on Sundays at 9/8c on CBS and CBS All Access. 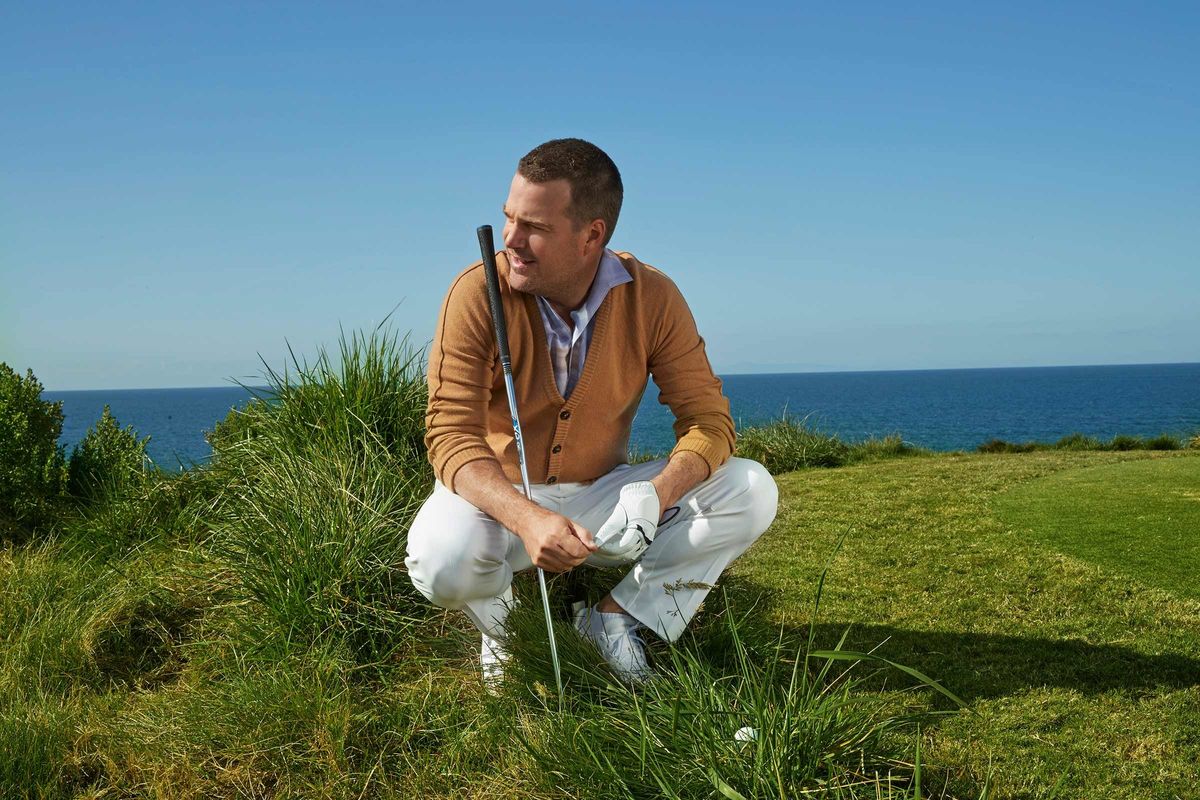 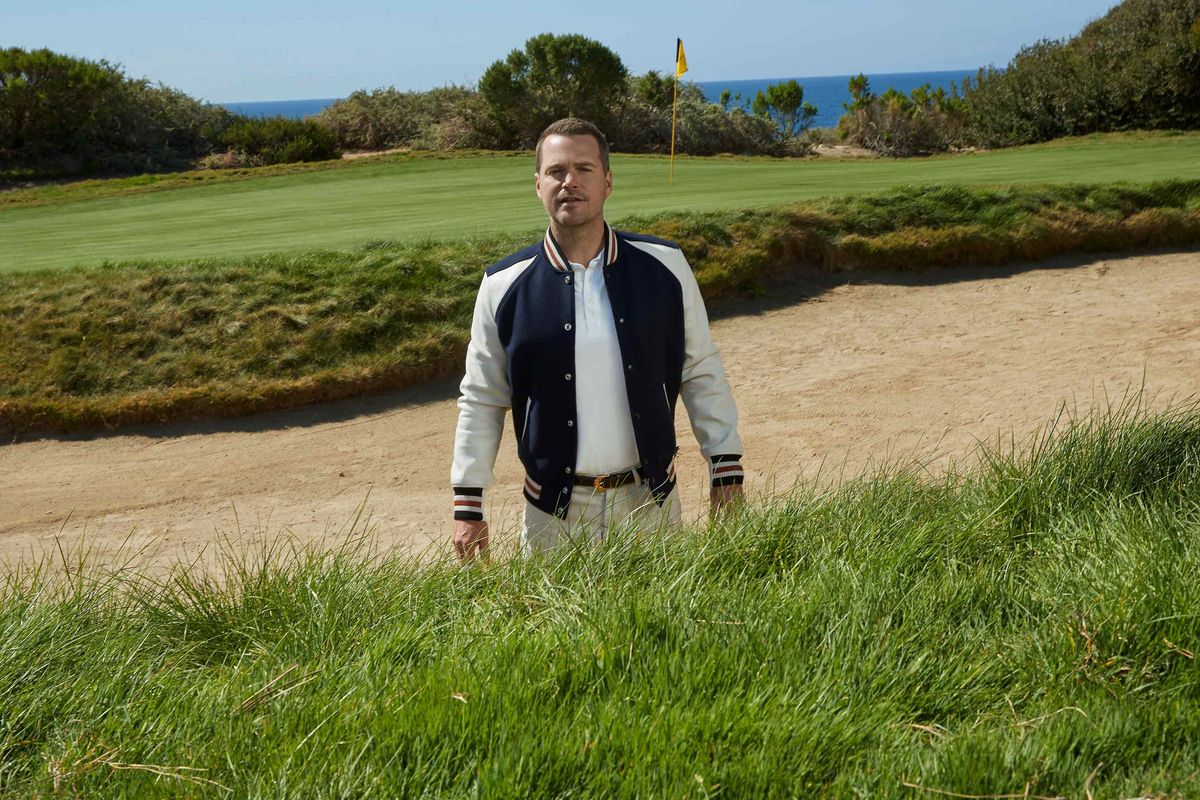 Being seduced by the bright lights of Hollywood wasn't a risk for Chris O'Donnell. "As far as letting it go to my head, or getting caught up, that was never me," he says. "Running around L.A. clubs just wasn't my scene." 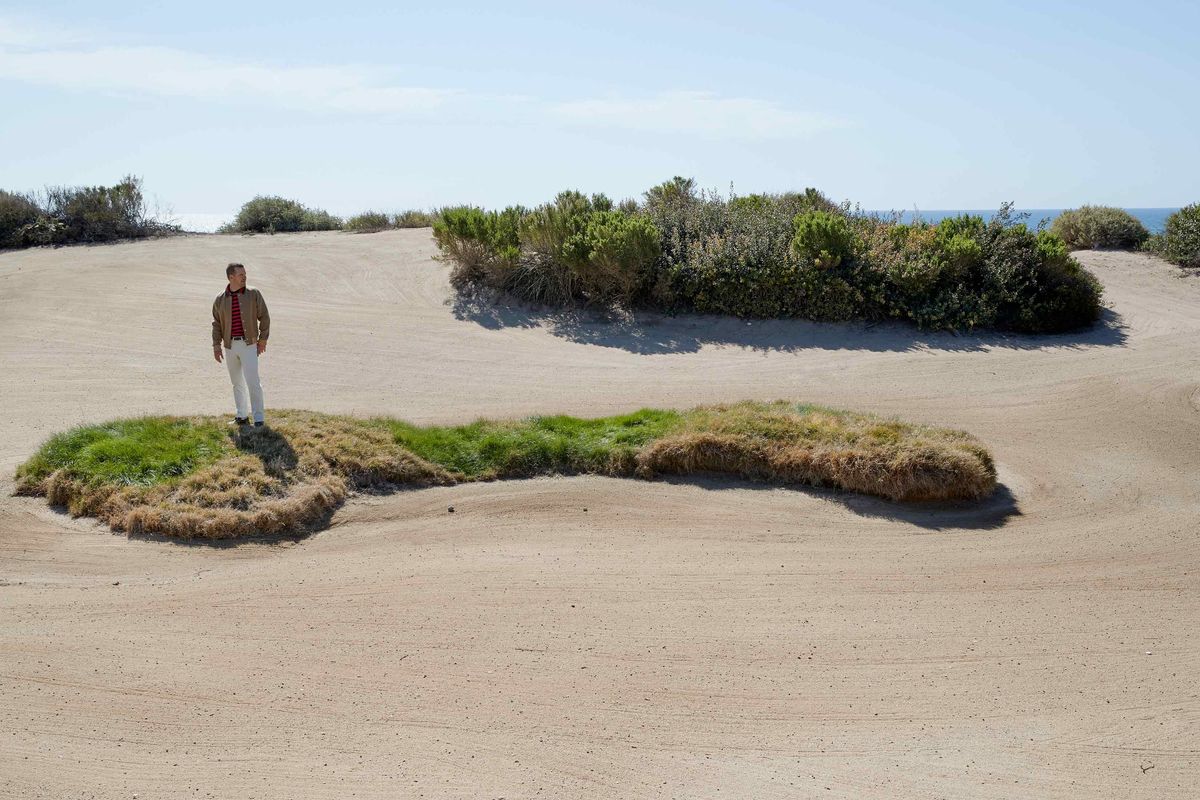 Working close to home comes in handy for Chris O'Donnell. On filming NCIS: Los Angeles he says, "I come to this place everyday for therapy to get things out of my system. I love to do it. It also gives me the opportunity to be in Los Angeles with my family." 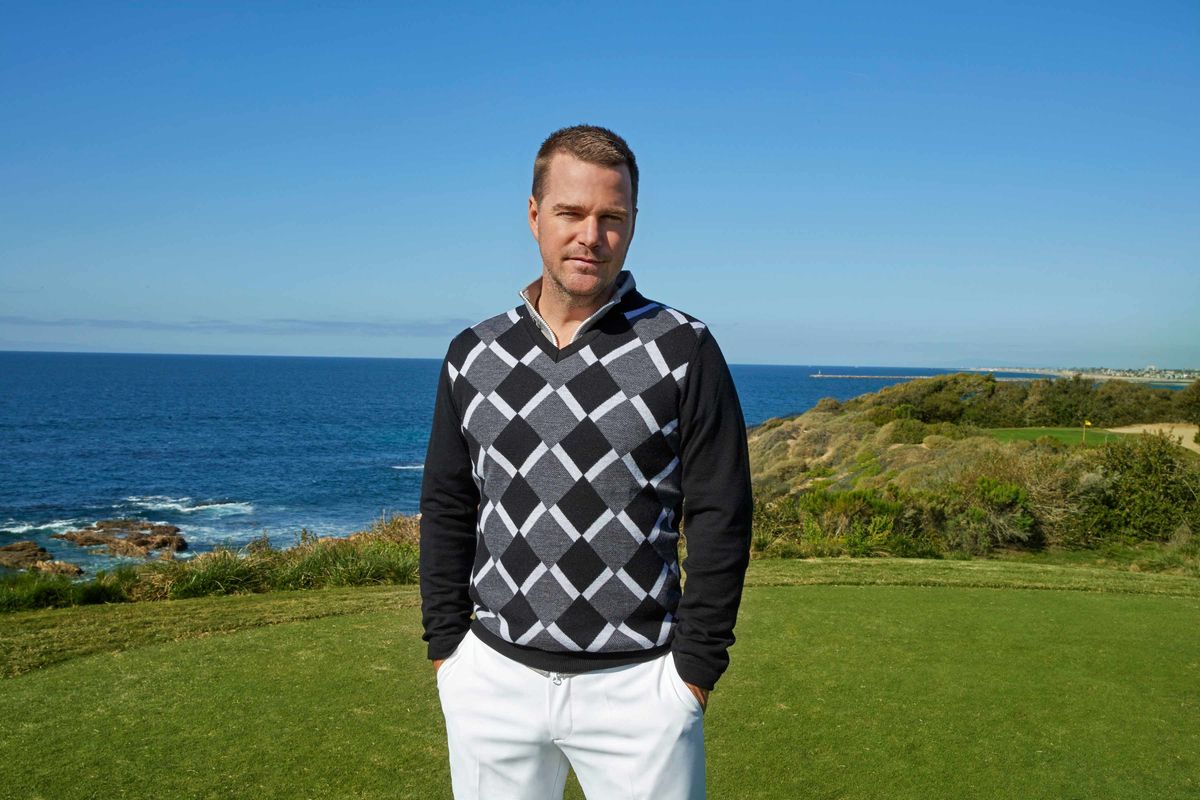 Fun fact: Chris O'Donnell grew up in Winnetka, Illinois, where he was the youngest of seven children. 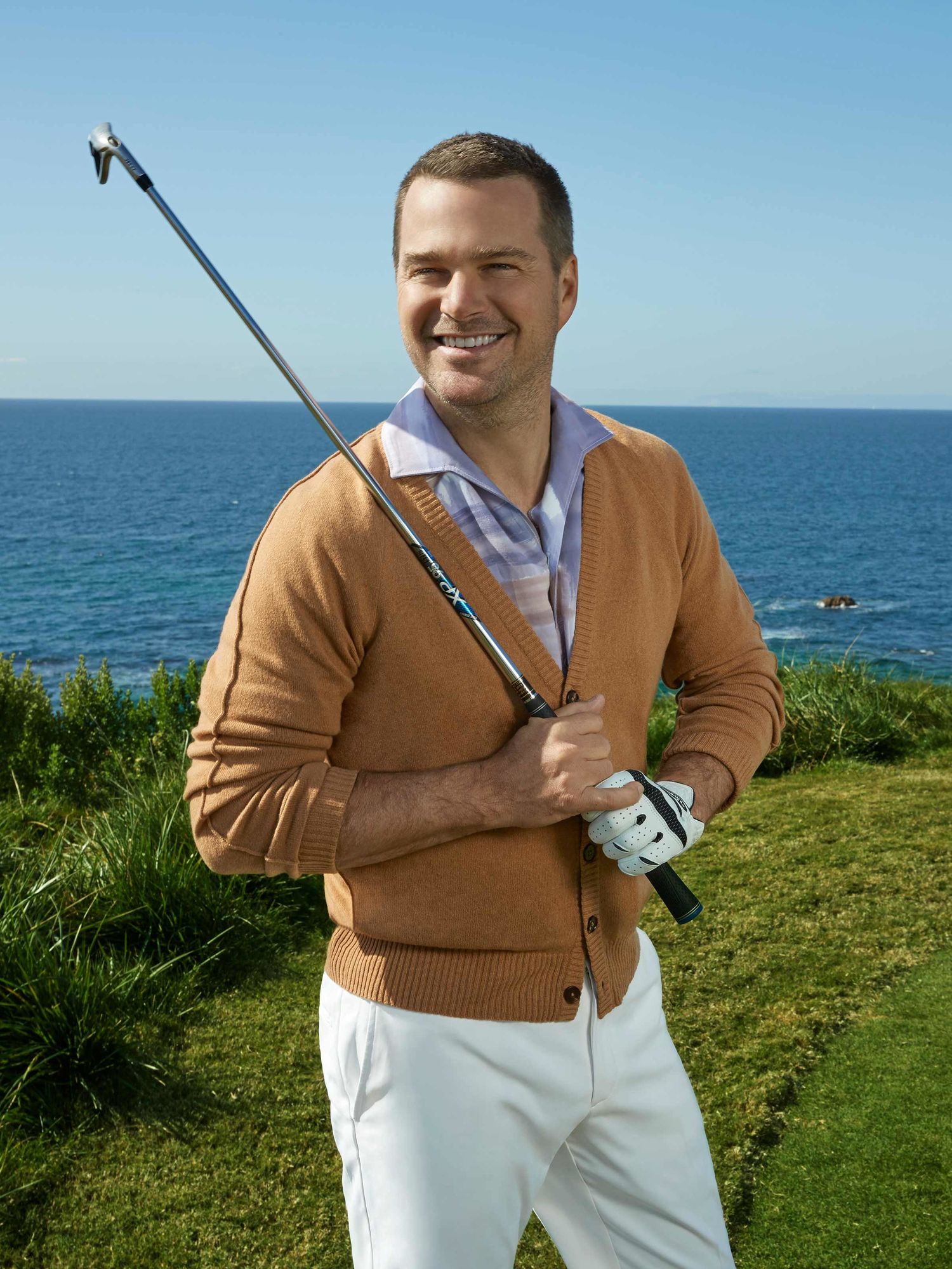 On his adolescent years, the actor admits, "I was a smart ass. I grew up with a tight pack of buddies, and all we ever did was constantly screw with each other." 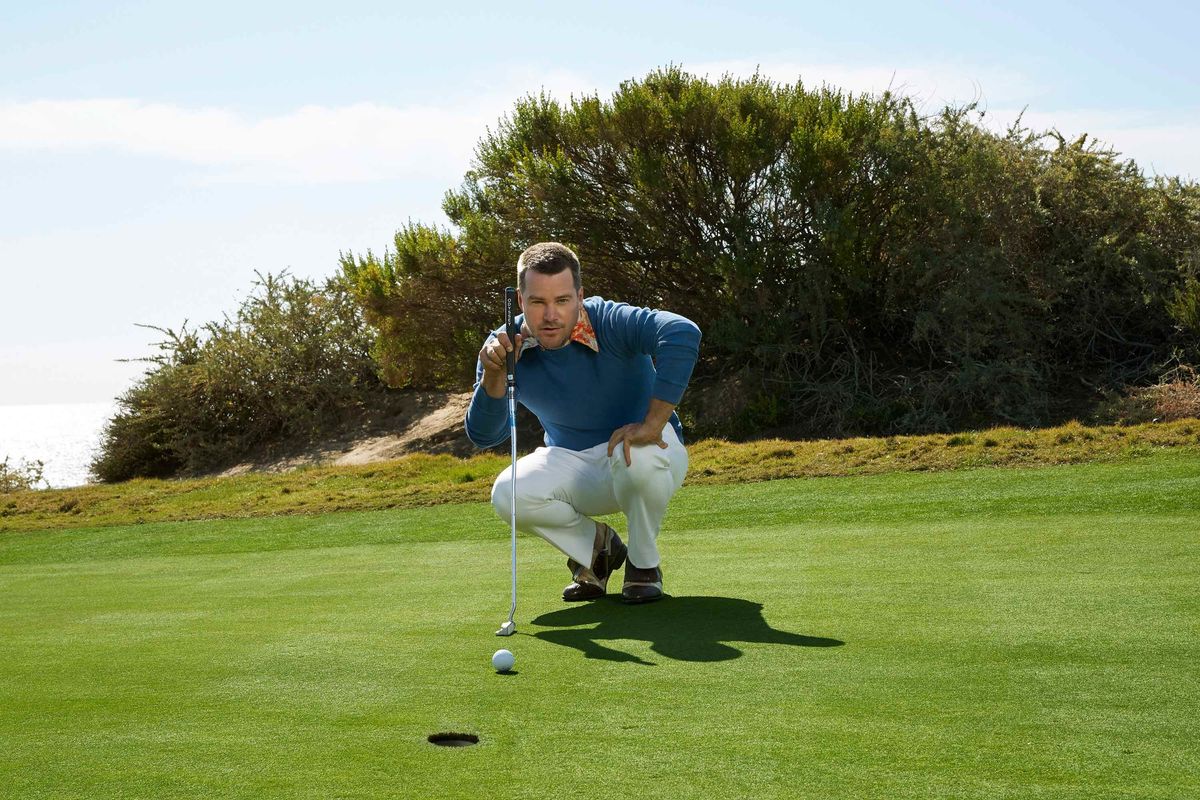 Fun fact: O'Donnell began modeling at the age of 13 and recalls appearing in an advertisement for McDonald's alongside Michael Jordan. 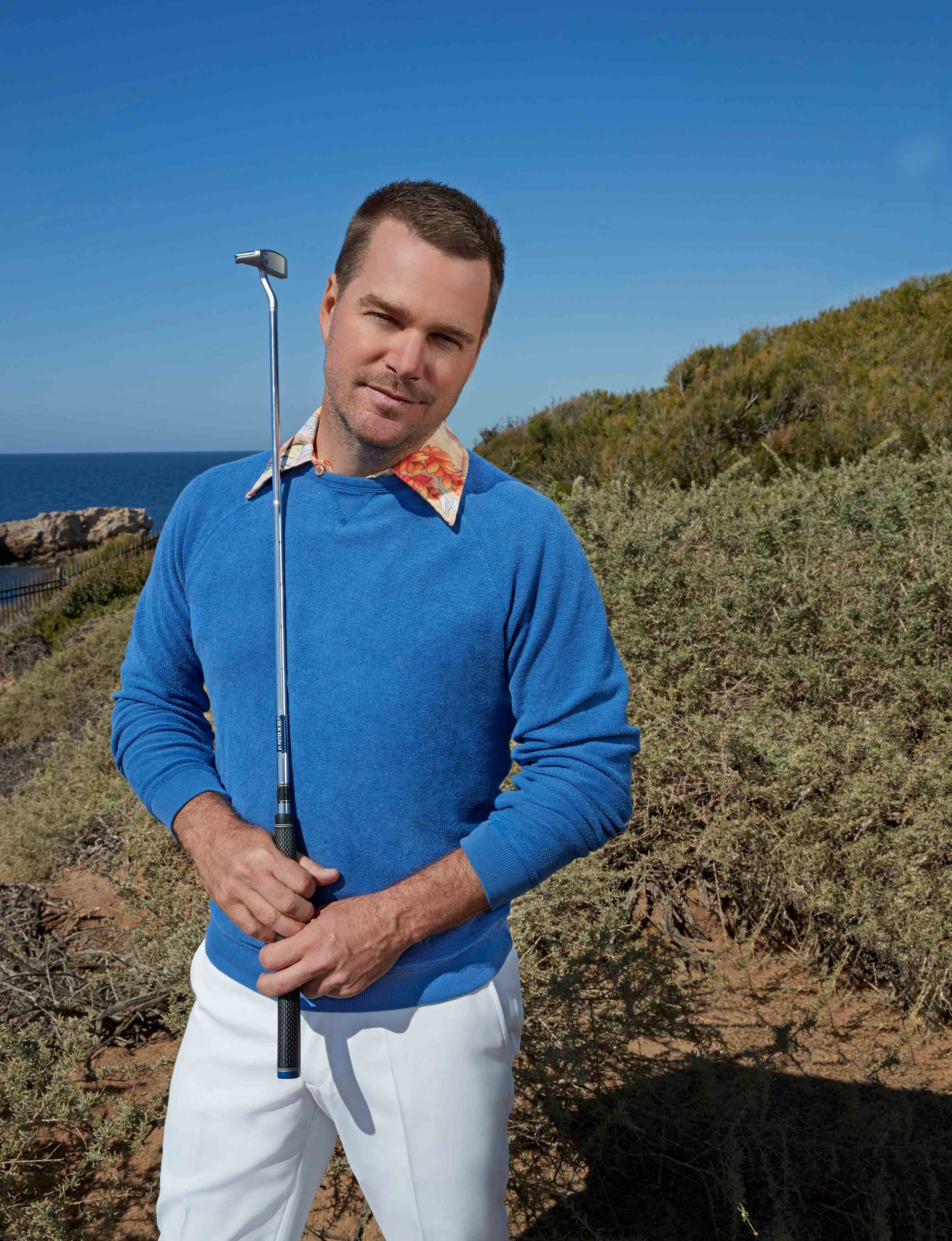 Chris O'Donnell's first major role was alongside Jessica Lange in Men Don't Leave in 1990. He would later appear in many major films from 1990 to 1996, starring alongside celebs like Charlie Sheen, Al Pacino, and Sandra Bullock. 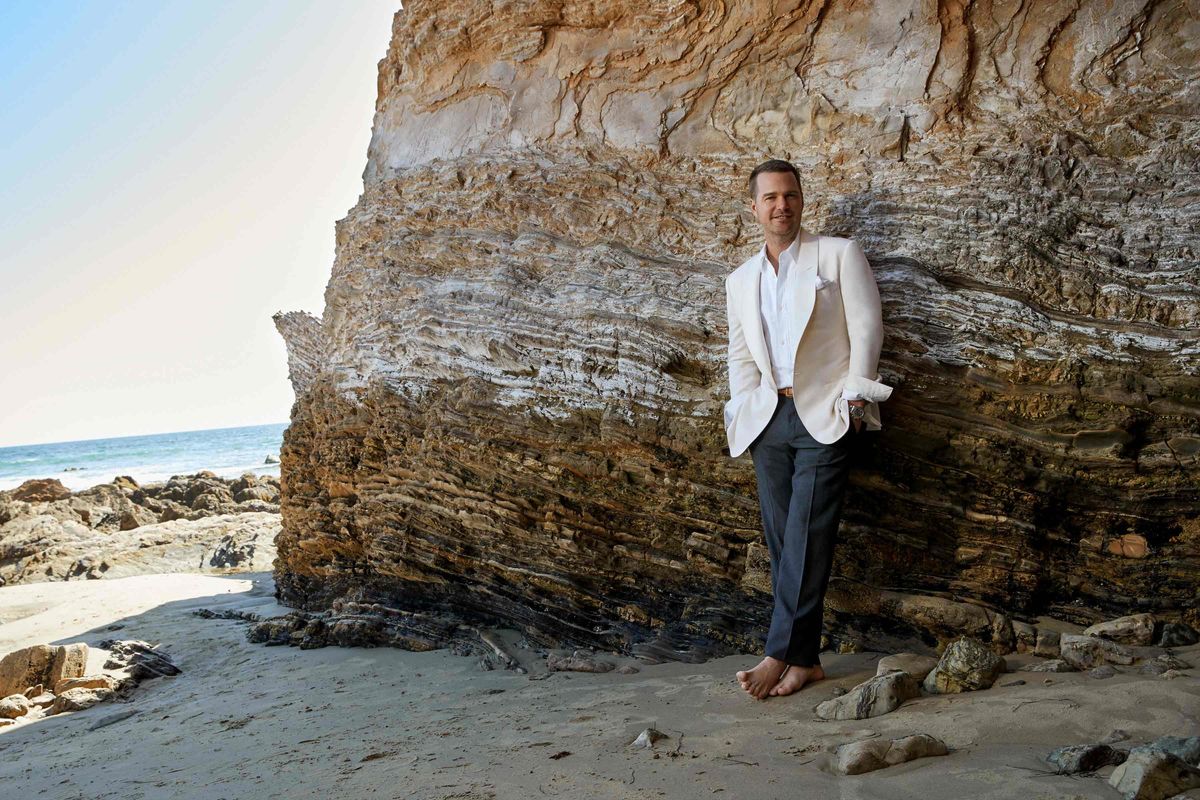 Although many people attach the actor to his role in the Batman films, Chris O'Donnell has learned to embrace his past. "For a lot of people I will always be Robin, and that's good and bad, but I wouldn't trade it." 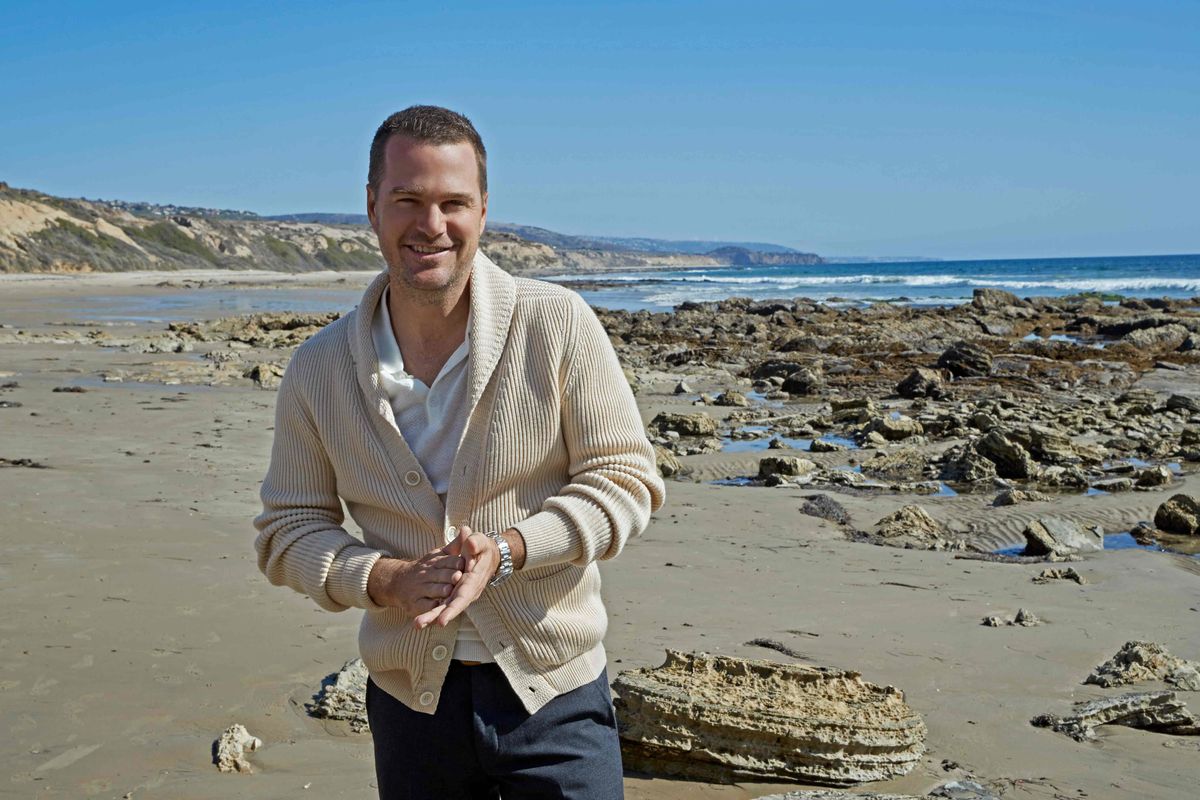 During his move to the small-screen, the CBS star relied on his wife and kids to get him through. "I don't know what I would've done if I hadn't had a really strong family," he shares. "Not only to support me, but giving me the drive to figure something out knowing that I've got people to support as well." 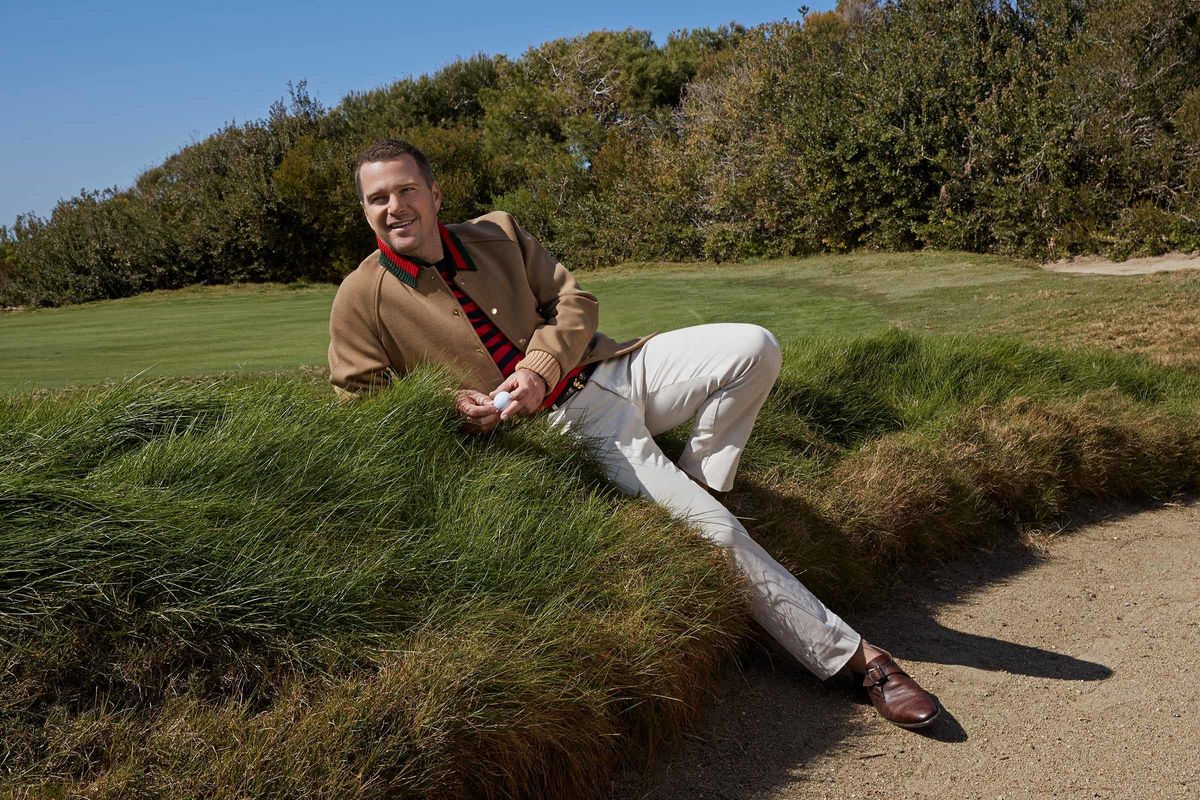 O'Donnell has directed a handful of episodes for NCIS: Los Angeles but says that the job is "really exhausting" and that directing one episode wears him out for about a month. 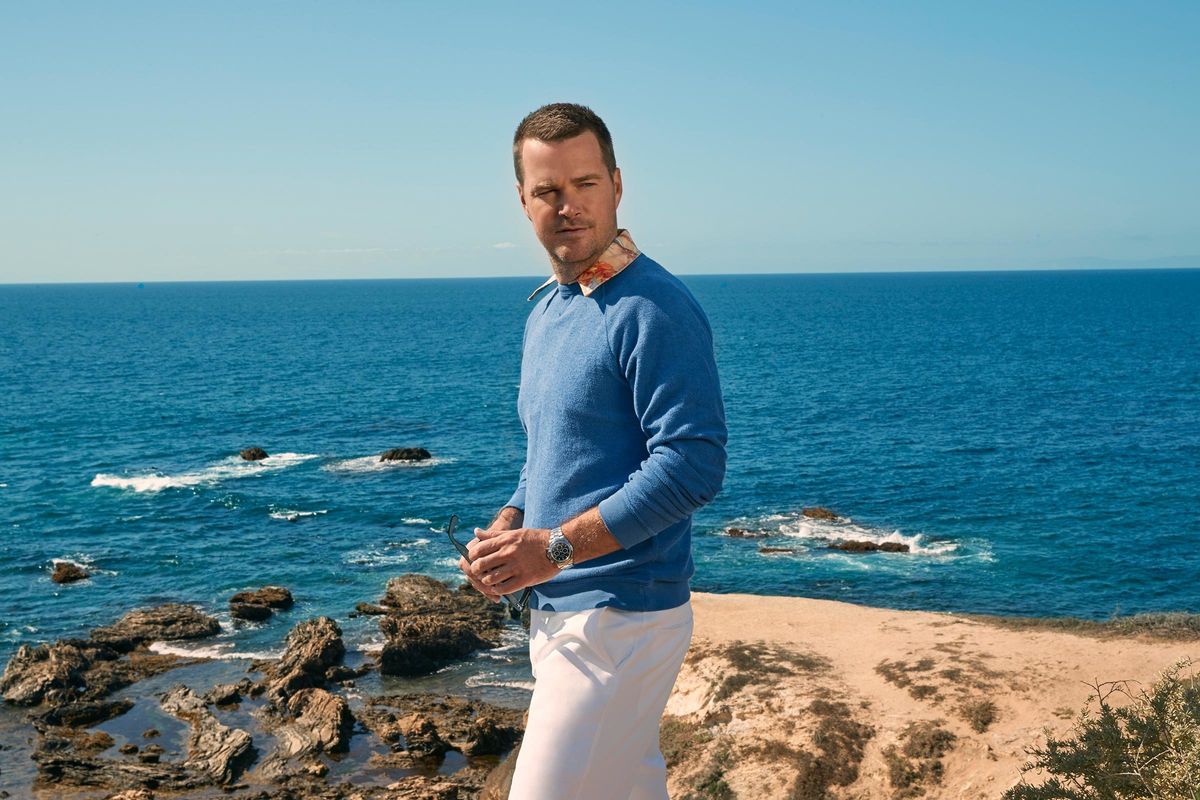 While O'Donnell tries not to be too busy, he is also realistic about his life: "I kid about it, but this is the rush hour of life, where your professional and your personal life are peaking." 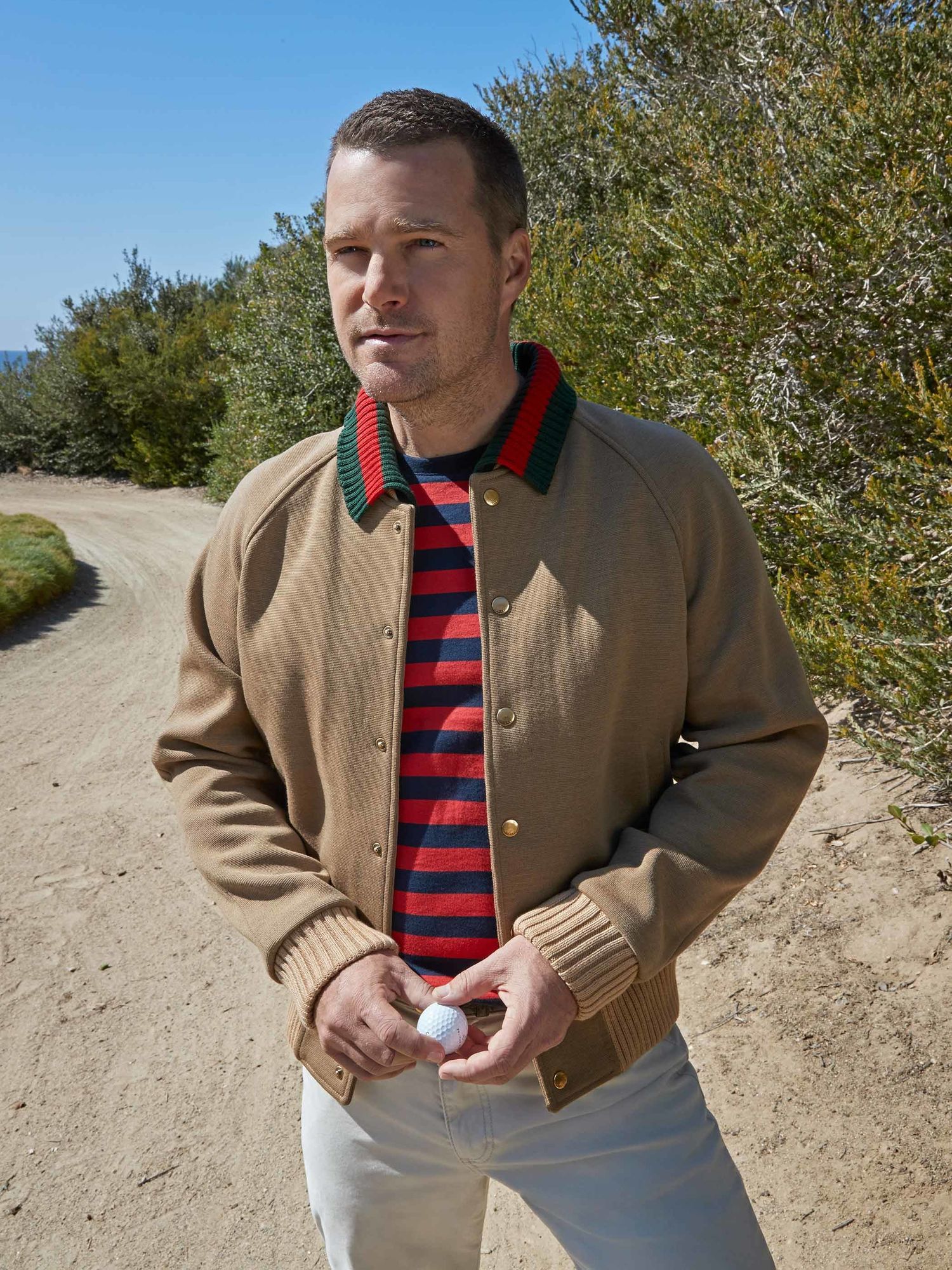 O'Donnell embraced the addition of LL COOL J to the cast as his partner. "I think it's good for the banter itself. It also just so happened that he and I had really good chemistry together." 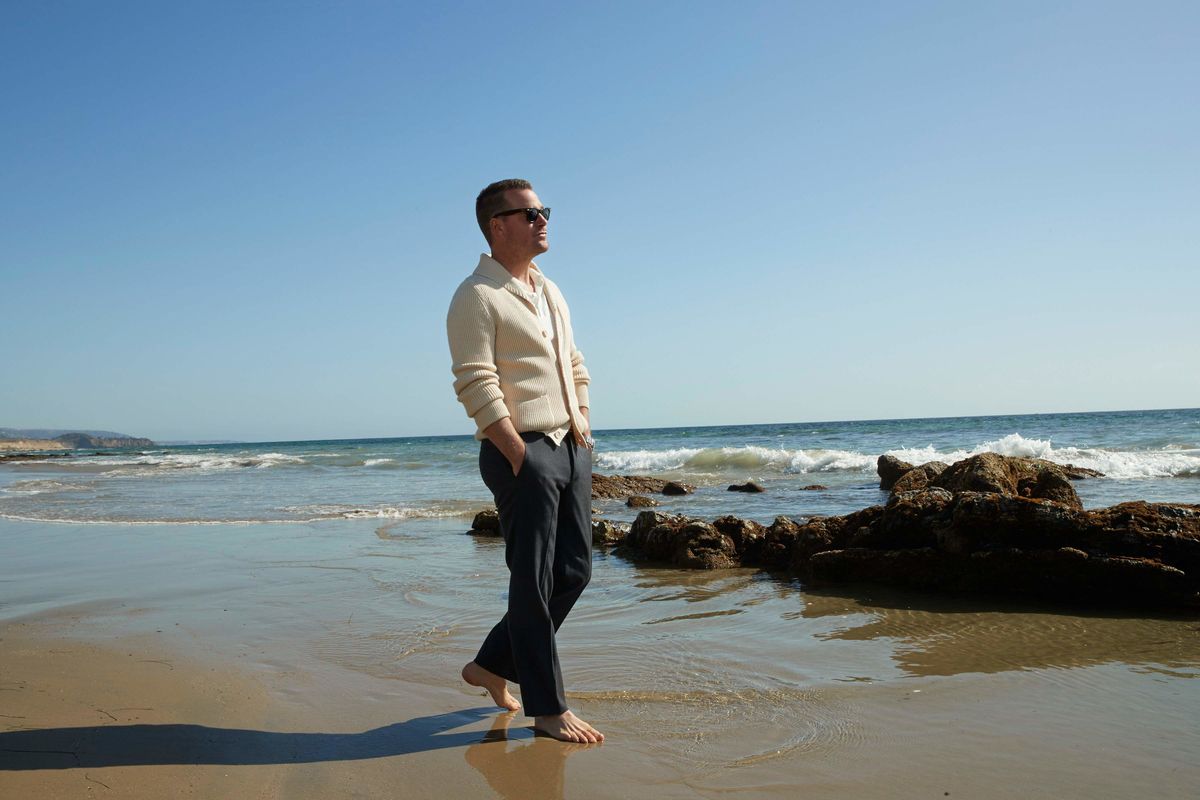 There's no room for negativity on NCIS: Los Angeles, according to Chris O'Donnell. "We've kept a good energy on set. If somebody has bad energy, they don't stick around very long." 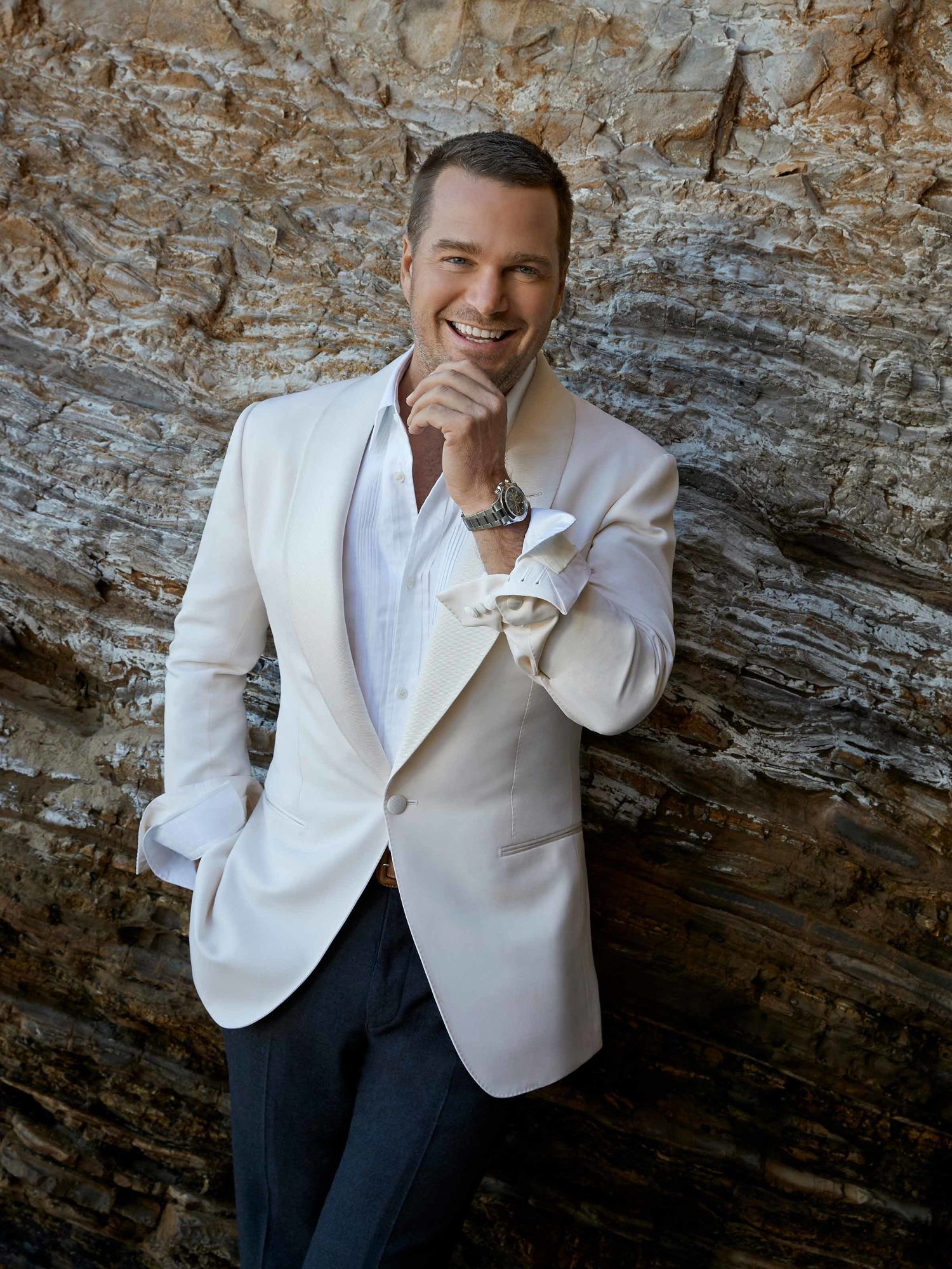 Genuine gratitude hasn't escaped Chris O'Donnell either. "The show could not have come at a better time in my life, having five young kids in school," he says. "I did have an enormous amount of success right out of the gate, which probably made me take things for granted. But then I went through lows, [and] when I got another chance, I appreciated it so much more."

EXCLUSIVE VIDEO: Chris O'Donnell Is Par Excellence — Behind The Scenes Of His Glam Golf Photo Shoot

Watch NCIS: Los Angeles on Sundays at 9/8c on CBS and CBS All Access.